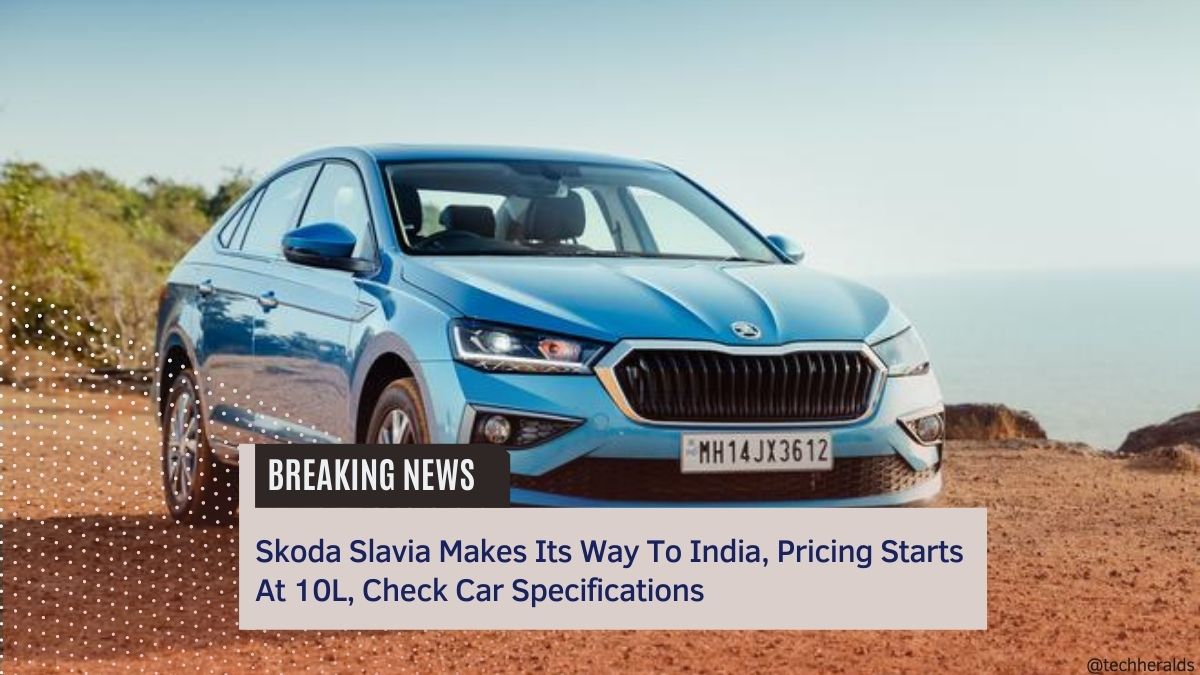 After months of anticipation, the Czech carmaker has finally launched the Skoda Slavia sedan in India. Only the 1.0 TSI-powered models have been announced so far, with pricing starting at Rs 10.69 lakh and rising to Rs 15.39 lakh (ex-showroom, India) for the top-spec model. Prices for the other versions will be announced later. According to the company, the cost of the more powerful 1.5 TSI variant will be disclosed on March 3. According to the company, Skoda has also revealed that test drives and delivery of the Slavia 1.0 TSI will begin as early as today.

According to the company, the exterior design is similar to that of other Skoda sedans but with an improved proportionality that creates a more sleek and elegant look. The chrome touches are still there, which should appeal to consumers looking for a little more shine. The interior is incredibly comfortable and spacious, with roomy legroom for rear passengers and ample headroom for taller people. And don’t worry about getting too hot or cold—the climate control system keeps the cabin at a comfortable temperature no matter what the weather outside is like.

One of the most exciting new entries into India’s compact sedan segment is the new Skoda Slavia, which measures 4,541mm in length, 1,752mm in width, 1,487mm in height, and features a 2,651mm wheelbase. The new ŠKODA Slavia, when it comes down to size, is much bigger than the Rapid it replaces. Thanks to the usage of the Volkswagen Group’s localised MQB-A0-IN platform. The Slavia is one of the most significant models in its sector.

A layered dashboard, free-standing 10-inch touchscreen infotainment system, digital instrument cluster and a dual-tone beige and black interior theme are standard features on the top-spec Slavia trim. Giving the cabin an immaculate and elegant appearance are these elements.

The interiors are spacious and fitted with high-quality materials. The infotainment system has been optimised for Apple CarPlay and Android Auto integration and can be operated via touch screen or by using the voice control function. Connected car technology, automatic climate control, ventilated front seats with leatherette upholstery, and a sunroof with a wireless charger are other features available on the fully equipped Style trim. THIS MODEL ALSO OPENS rear AC vents and an armrest in the middle of the back seat.

Also Read: The New Maruti Suzuki Baleno Can Be Yours At Just Rs 11,000,

It also has a slew of safety features, including six airbags, an electronic stability control (ESC), an electronic differential system (EDS), and a tyre pressure monitor.

Skoda will offer the Slavia with a choice of two turbo-petrol engines, one being a 1.0-litre three-cylinder TSI engine with 115 horsepower and 175 Newton metres of torque that can be mated to either a six-speed manual or a torque converter automatic transmission. The other engine is a naturally aspirated petrol engine that produces 121 horsepower and 145 Newton-meters of torque.

The vehicle comes standard with a 1.6-litre four-cylinder engine that produces 110 horsepower and a 6-speed manual gearbox or a 7-speed DCT automatic transmission, depending on the model year. The Skoda Slavia also competes against other budget-friendly vehicles such as the Honda City, the Hyundai Verna, and the Maruti Suzuki Ciaz.