Airtel Prepaid Pack Price Increase by Up to Rs. 501 From November 26 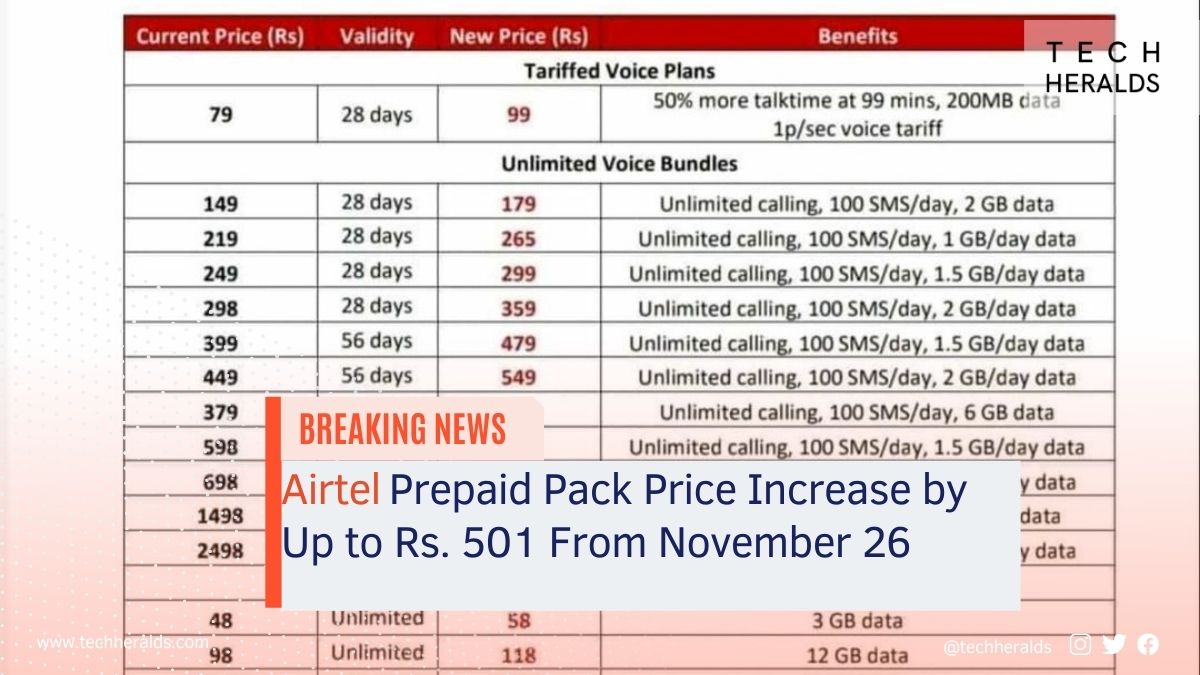 Airtel has declared complete revision in its postpaid mobile tariffs in India. These new tariffs can acquire result from November 26 onwards.

A minimum increment of Rs. 20 has been declared on postpaid plans, whereas some packs see a value hike of up to Rs. 501 similarly.

Airtel says that this value hike has been introduced to alter an affordable come back on capital that enables for a financially healthy business model.

Within the past, Airtel has maintained that the typical revenue per user (ARPU) has to be at Rs. 200 and ultimately at Rs. 300.

The most premium Rs. 2,498 Airtel combo band postpaid set up can currently be priced at Rs. 2,999. It comes with a validity of twelve months and offers 2GB of daily data, a hundred SMS messages per day, and unlimited business edges.

As mentioned, the new tariffs can acquire result by November twenty six on Airtel.in.