Citi Bank Will Have Downtime On 8 November, See What Operations Will Be Hampered And How To Solve Difficulties 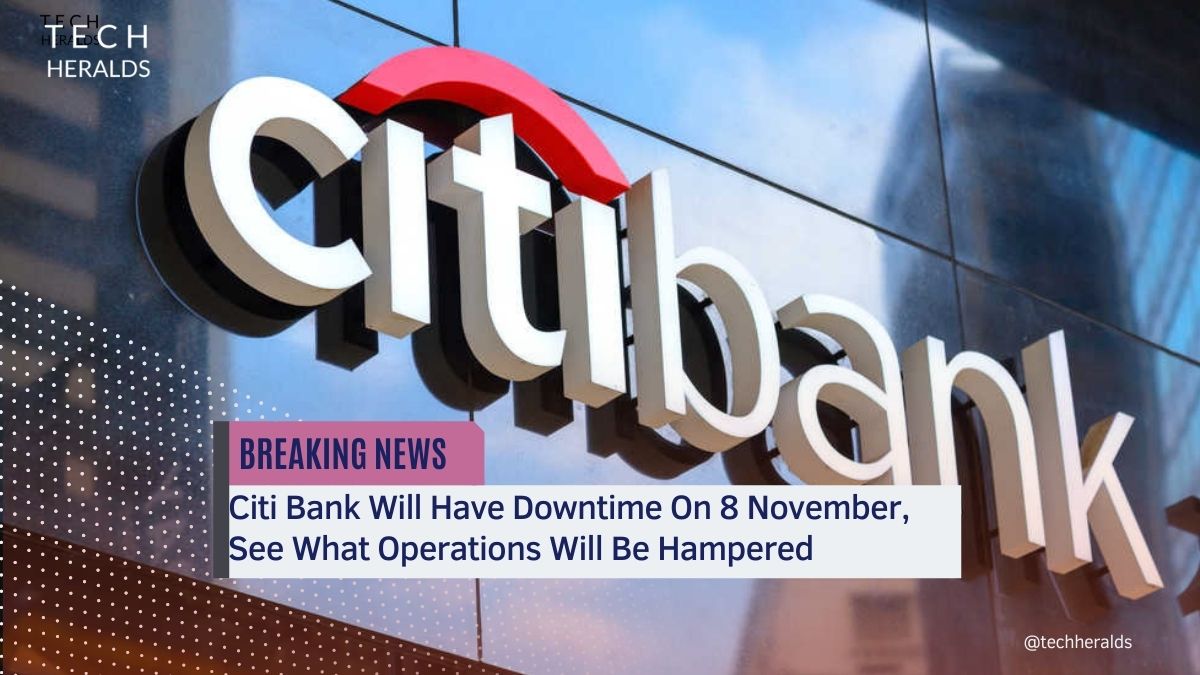 Citibank declares on its website that it is going under scheduled maintenance on Monday, 8 November 2021. The bank has also emailed its customers about the downtime spanning about 45 minutes.

According to the email sent to the customers, financial operations will be affected as Citibank’s systems will be upgraded on the scheduled day between 3:00 am and 3:45 am. The outage will affect the following services during the outage or for a short span after the scheduled maintenance is completed:

During the downtime, if the Citi bank customers face an issue regarding a Citi Bank credit card transaction, the matter can be resolved with the assistance of Customer Care Executives available for help 24×7.

As of 2021, City Bank has more than 2 million credit card customers in India, a substantial count of the customers it garnered as the pioneering player who entered into the banking business in India by staying ahead of the time and offering advanced services.

According to the information available on the official website of Citibank, the bank had commenced its financial operations in India as early as 1902. Citi Bank is also entitled to the first bank in India to offer 24/7 telephone banking services in the year 1993.

In 2009, the bank introduced contactless credit card payments based on Near Field Communications (NFC) technology with Citi tap and pay feature – the first service of its kind in India. Tap and Pay feature enabled credit and debit cards have to be tapped on the Point Of Sale terminal to make payments up to two thousand rupees instead of swiping or inserting the cards into the point of sale terminals.

On 16 April 2021, Citi Bank had announced that it would round up its consumer and retail operations from 13 countries, including Poland, Russia, China, South Korea, Taiwan, Thailand, Vietnam, and India. However, Citigroup’s Institutional Clients Group will continue to serve customers in the markets where it is ceasing consumer and retail operations.

Citibank provides employment to more than 5,500 people in India; around 3,500 to 4,000 of them work in the retail sector alone. According to the news, many Citi bank India middle and senior employees are searching for jobs elsewhere, and many senior executives have already left the bank.

On the international level, many rivals to the City bank showed “preliminary interest” in acquiring Citi’s retail business, according to several people who have direct knowledge of the matter. Those who are believed to have approached Citibank include major competitors HSBC Holdings Plc., DBS Bank, HDFC Bank, and Kotak Mahindra Bank.