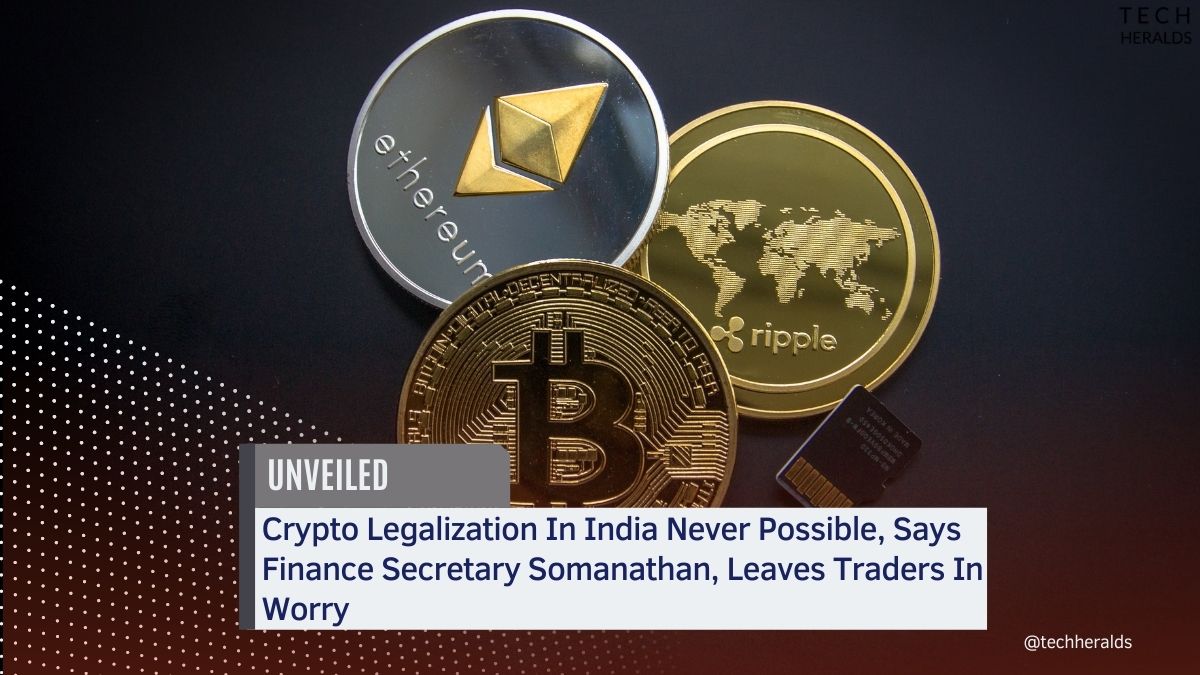 According to the Reserve Bank of India (RBI), virtual currencies gaining ground in India, including the newly founded Non-Fungible Tokens, will never be accepted as legal tender in India, which creates doubts about crypto legalization in India, Somanathan, Finance Secretary of India, stressed that only digital currencies that would not default would be supported by the Reserve Bank of India (RBI).  TV Somanathan was speaking about the central bank’s stand on cryptocurrencies after Finance Minister of India Nirmala Sitharaman confirmed that virtual digital assets will be subject to a 30 percent tax.

Crypto legalization can never be considered in India Cryptocurrencies and NFT are digital currencies whose price is determined by a transaction between two parties.

After being pressed to clarify his position, the Finance Secretary said that anyone who seeks to engage in private cryptocurrency should be aware that such investments do not have the government’s permission and that there is no guarantee whether their investment will be profitable or not. He went on to say that although one may incur losses, the central government is under no obligation to reimburse one for such losses.

As part of her Budget 2022 address, the Finance minister of India, Nirmala Sitharaman, proposed a 30 percent tax on digital assets derived from virtual assets delivered on Tuesday. The scale and prevalence of these transactions, in her opinion, have increased dramatically in recent years, and she believes that a particular tax system should be formed to address the frequency and amplitude of these transactions.

Also Read: What Is Web3.0, Its Advantages And Disadvantages

It has been clarified that, except for the cost of purchase, no deductions would be permitted in respect of any expenditures or allowances while calculating such income, according to her. Aside from that, she recommended an additional 1% service fee on payments made regarding payments on virtual digital assets that are transmitted in amounts more than and equal to the threshold monetary amount. The proposed 30 percent tax on the cryptocurrencies will be chargeable at the receivers end, which means the sender of digital currency will not have to pay any tax. But the receiver of the currency will be liable to pay the newly proposed 30 percent tax. While in trading in these digital currencies, there will be no tax on purchasing but selling off coins will be taxable at 30 percent.

Crypto traders seemed happy with the newly proposed crypto tax policy yesterday. However, crypto legalization bill is what they are waiting for. On the other hand, there was a little surge in values of the crypto coins. However, there was a significant fall in price today.

New Feature On CoWIN Portal Allows To Add Up To 6 Beneficiaries Per Account, More Features Introduced too