Example of workers holding companies to their word, Netflix is the latest example 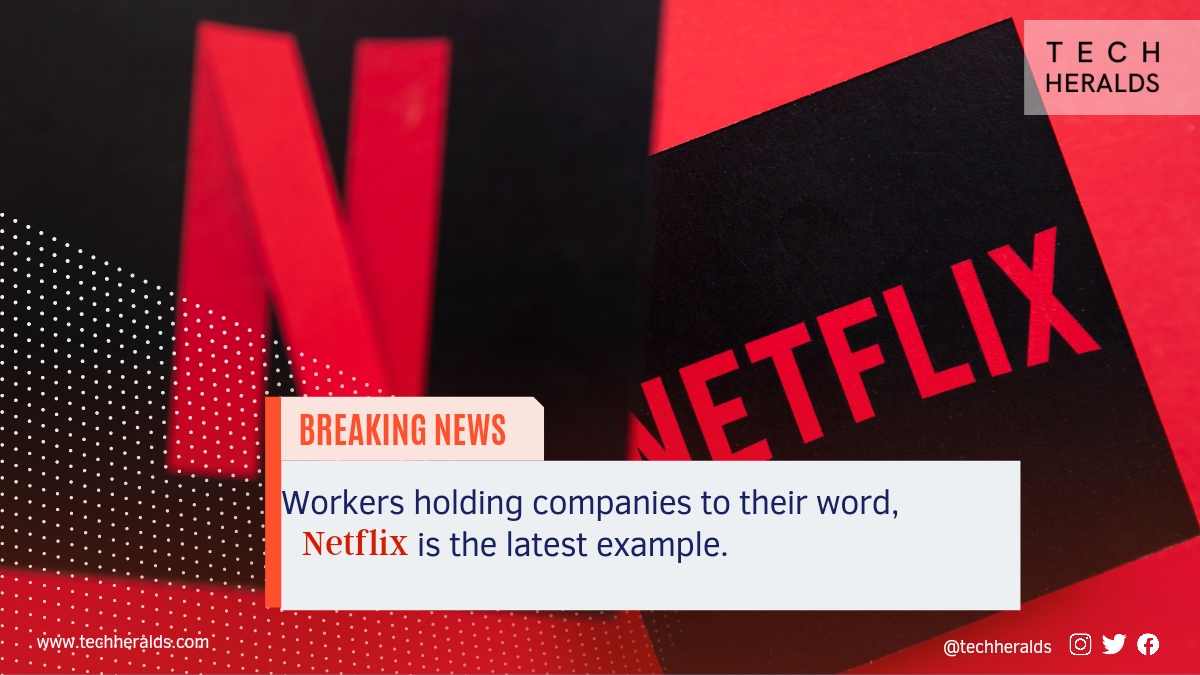 Most of the time it happens due employee backlash or public outcries for action. The public activism may be seen as doing the right thing but most of the times it is seen as a powerful incentives for the company.

Jessica Shortall, director of America competes, a national coalition that works to oppose LGBTQ discrimination says, “There is a sense that these are not business issues and so the companies shouldn’t get involved, but there is a clear business case for it.”

Daniel Korschun, who researches corporate political activism says, “Netflix has been supportive for the LGBTQ+ movement, but it isn’t reaching the bar that it has set for itself says employees of Netflix. When the employees work for a company that they believe is acting in a way that is deceptive, then it becomes difficult for them to work in the job.”

Recently, Netflix decided to stream comedian Dave Chappelle’s latest special which was argued to be transphobic.

The activists and workers at Netflix protested against the platform’s decision.

To prevent discrimination in hiring practices and workplace culture many companies have progressive internal policies as noted by Shortall.

Shortall also said that if people feel they can’t be safe, then that’s a problem for the employer.

Social media had a major role in company activism and also the impact changing employee attitudes have had as noted by Shortall and Korschun.

Shortall also said,”Companies have got to hold the line on the policies as we are in a really tight market for talent and we also have people for whom this is an important value set.”

Workers are paying keen attention to what other workforces are accomplishing as said by Korschun.

Christian Moorman is a business administration professor at Duke University. She annually conducts “The CMO Survey,” which is said to track the opinions of others.

In her survey from 2018 to 2020, she found that there was a slight change in the response of marketing leaders when questioned whether they believe it is appropriate to take a stance on politically charged issues . Only 17% of the people had responded yes to the question in 2018 but in February 2020 the number has risen to 18.5%. Eventhough it is a minority of respondants , the number of executives to take such a stance has increased to 27.7% this year.