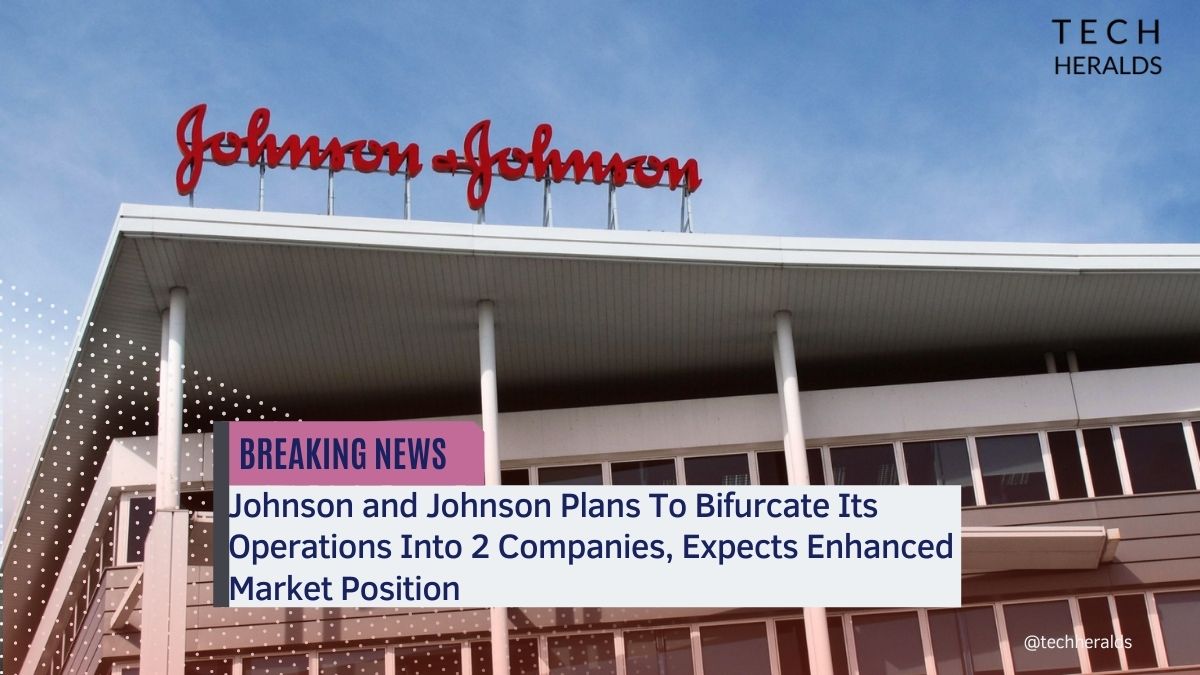 Johnson and Johnson, a pharmaceutical conglomerate based in the united states, promulgated its plan on Friday to bifurcate the company into two different entities. With the bifurcation, the company wants to distinguish its consumer health arm engaged in Tylenol and Band-Aids from its pharmaceutical unit.

The pharmaceutical company has published a statement confirming it’s a bifurcation into two high potential companies that will be reckoned as the global leaders. Johnson and Johnson is looking forward to improving its market position and delivering enhanced products for its consumers through innovation.

It seems the worldwide consequences of the corona pandemic have expedited the company’s decision for a long time. It is needless to say many businesses from India and the rest of the world have recorded significant losses in the past two years.

When Will Johnson and Johnson Split Into 2 Companies?

Johnson and Johnson has scheduled the bifurcation anytime between 18-24 months. Both the companies will be available on public trading.

Alex Gorsky, CEO of the pharmaceutical company, said the company decided to bifurcate after undergoing an insightful analysis. He further added that the company’s management and board of directors have unanimously approved the separation in the faith to speed up its operations to enhance disease cure, improve its relations with healthcare experts, and facilitate better prospects to its global employees.

Johnson and Johnson’s expressed its willingness to retain its existing global employee base that goes to the tune of 1 lakh 36 thousand. Our employees are the backbone of the two companies, said the company.

The pharmaceutical company has not yet revealed the name of its offspring company. However, the company’s decision to split apart has impacted the share value impressively. The share value of Johnson and Johnson went as up to 5 percent.

Johnson and Johnson have delivered 100 million doses of the vaccine in the first six months of 2021, including 20 million doses to the united states alone.

General Electric has also announced plans to carve out three publicly traded entities apart from Johnson and Johnson. The most exposed characteristic of General Electric (GE) throughout its 129-year history has been how it perfectly reflected the domineering traits of large American corporations. Much of its history has been a chronicle of aggressive expansion, then globalization, followed by painful restructuring away from the now frivolous conglomerate model. Lawrence Culp, Chief Executive Officer at General Electric, declared that it would divide its remaining businesses into three publically traded companies.

Toshiba, a Japanese multinational conglomerate situated in Minato, Tokyo, has too decided to split into three companies, given the pressure coming from the investors. Toshiba, too, wants to resurrect its share value. The Japanese multinational company intends to pay its investors more than $875 million by monetizing its stake in Kioxia – a computer memory manufacturer based in Tokyo, Japan.