Mahindra & Mahindra Gears Up To Launch 16 EVs By 2027, Looking 10x Growth, Investors And Their Expertise 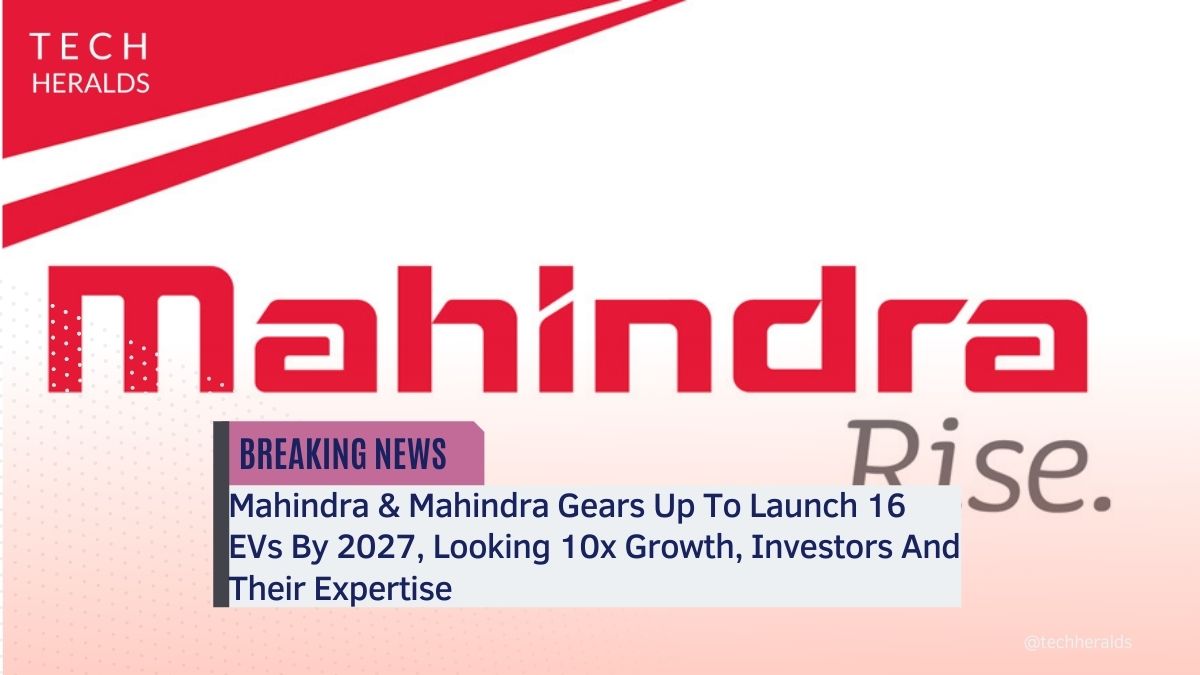 Mahindra & Mahindra, one of the early adopters of Electric Vehicles, has said that it was open to accepting new fundings from the investors to bolster its pollution-free vehicle manufacturing business. The demand for electric vehicles has been gaining momentum across the world for a couple of years, especially after Elon Musk’s Tesla car is doing round of the news.

Mahindra & Mahindra Group is optimistic about supercharging its farm machinery business up to 10 folds and boosting its revenues to Rs 5000 crore by the end of 2027.

Anish Shah, managing director at Mahindra & Mahindra, said that they are working on many bold strategies to bring in growth in numerous segments, including electronic vehicles and farm machinery.

Consequently, we are now willing to explore external funding sources that will enable us to grow more rapidly in many of the areas listed above. Nevertheless, it’s not just about the investment infusion, and the investors can also bring in their expertise.

Tata Motors, last month, received $9.1 billion in funding for its electronic vehicles segment. Several other businesses, including TVS and Bajaj Auto, are also forming up their subsidiaries, with one of the intentions to raise funds.

Investors across the world are aggressively looking for opportunities in the hope of inventing an electric vehicle as successful as the Tesla car. One reason for this might be the unbelievable returns of more than 1600 percent Tesla witnessed in less than two years. No doubts, such kind of high returns can allure any investor.

These investments are not yet ascertained when they will be infused. The value of our electric vehicle manufacturing business will depend on bagging the best deal possible, Ashish Shah said further.

Mahindra & Mahindra showed a tremendous increment in the third quarter of 2021. The group’s net profit bounced up to Rs 1243 crore from Rs 162 crore year on year. On the other hand, Mahindra & Mahindra group’s revenue also jumped up by 15 percent from Rs 11,590 to Rs 13,305 crore. Auto volumes of the car-making company also showed a growth of 9 percent, while tractors sales saw a downfall by 5 percent.

1 thought on “Mahindra & Mahindra Gears Up To Launch 16 EVs By 2027, Looking 10x Growth, Investors And Their Expertise”