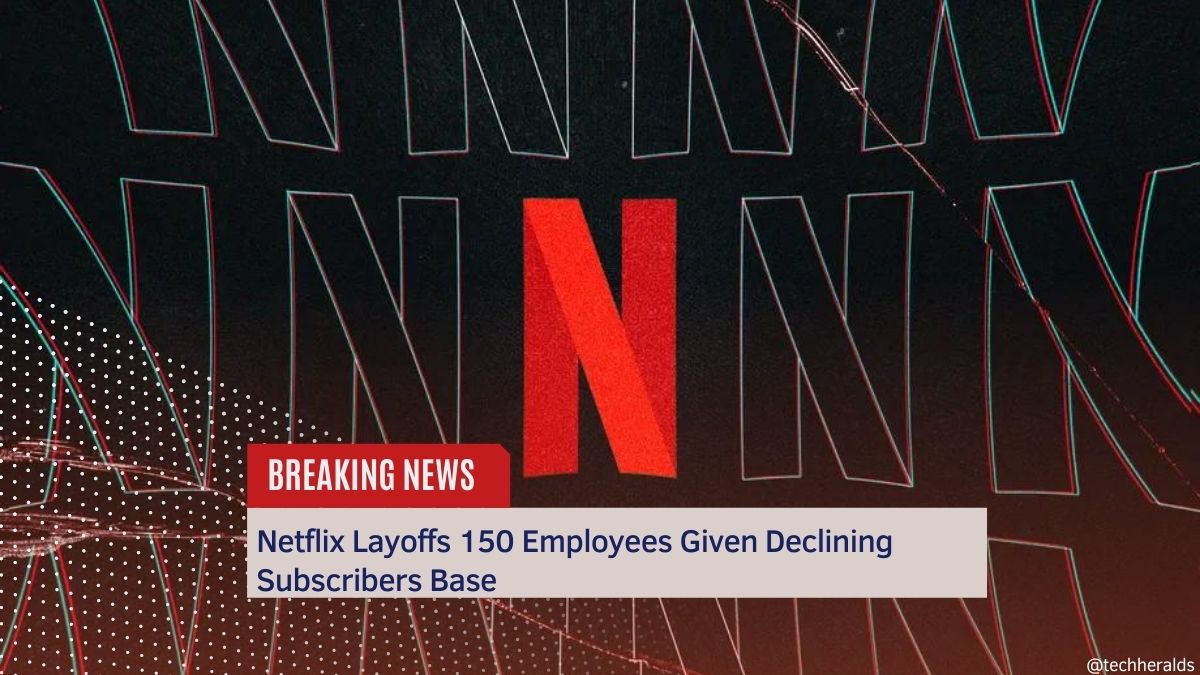 World’s largest OTT platform, Netflix layoffs 150 employees from its workforce. The firm has been lately striving hard to retain its falling number of subscribers, but it seems Netflix could not succeed in stopping the number of subscribers from plummeting. So, Netflix on Tuesday announced that it was laying off 2 percent of its staff.

The layoffs will mainly affect its office in the United States, which is located in the state of California. They make up roughly 2 percent of the company’s workforce in North America, somewhere around 7,500 people.

Why Netflix Layoffs Its Staff?

Netflix announced in April 2022 that it had lost 200,000 members in the first three months of the year. This was the first time that the streaming service had ever seen a significant decline in consumers. The company also warned that another two million users were projected to flee in the next quarter.

Despite these losses, Netflix remains the undisputed market leader with 220 million subscribers worldwide. However, its rivals are expanding at a much quicker pace than before, and they are starting to intrude into its domain by providing content and services that are alternative to their own.

Netflix has already taken steps to address this issue by reducing its workforce by 2% (around 150 employees) to reduce costs and increase efficiency. However, some analysts believe that further layoffs may be necessary if Netflix wants to remain competitive as its rivals continue their meteoric rise in popularity among customers worldwide.

“Netflix’s recent financial report showed that the business had lost customers due to the conflict in Ukraine and its decision to hike pricing in the United States. It was found that only leaving the Russian market had resulted in a loss of 700,000 subscribers for the business.
However, this was not the only bad news for Netflix. The company also announced an increase in its quarterly losses and said that it would be raising prices for new customers.

A spokesperson for Netflix has released a statement regarding the company’s recent decision to reduce the number of employees by 2%.
The statement reads: “These decisions are primarily motivated by business requirements rather than individual performance, making them highly challenging since none of us want to say goodbye to such terrific colleagues.

The statement did not clarify which divisions of Netflix were impacted by these layoffs; however, according to the reports, content creation and recruitment departments and communications departments were affected by these job cuts.

Netflix is also trimming the number of its original productions. To minimize expenses, it decided to stop the creation of Pearl, an animated series that Meghan Markle developed. This decision was made in early May.

Also read: Oppo Reno 8 Lineup Launching On May 23 In China

Since it announced that it would be raising prices, Netflix has been investigating other ways that it may make cash. While the company has said that it still needs more time to figure out how these changes will affect its users, they have already begun testing ad-based pricing models.

The company is also working with advertisers to ensure that their ads are relevant instead of interrupting the user experience.
The OTT company also stated that it would be cracking down on password sharing among family members or friends who may be sharing accounts. Netflix said this practice was responsible for losing 100 million homes in worldwide markets, including India and China.