Paytm Willing To Offer Cryptocurrency Trading, Waiting For The Clear Stand Of Govt. 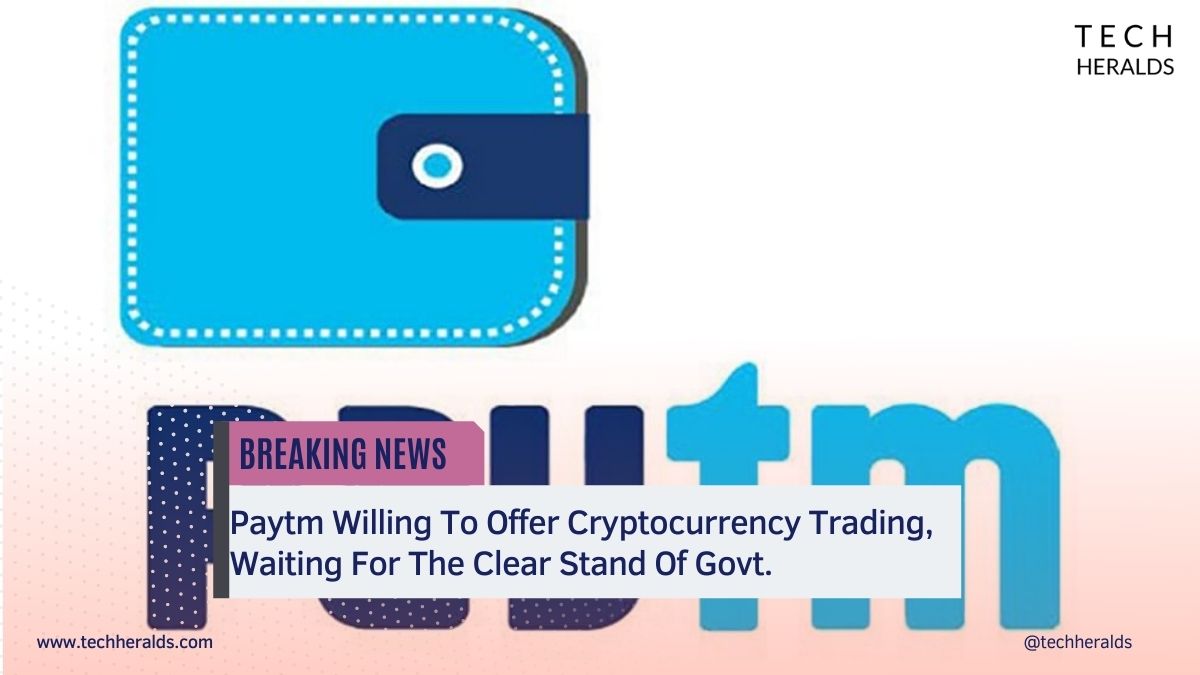 Paytm, India’s leading and trailblazer of online payments services seems to have recognised the profitability these e-currencies have shortly. Paytm is excited to offer cryptocurrency trading services on its financial services platform but the uncertainties clouding around the cryptocurrencies are prohibiting the company from venturing into this segment.

Madhur Deora, the CFO (Chief Financial Officer) of Paytm, said in an interview with Bloomberg that the unclear approach of the Indian regulatory system towards trading such virtual currencies is restraining Paytm from taking a positive step towards the crypto exchange services. If otherwise, Paytm can offer ease to its users in crypto trading, he further said.

Paytm is one of the earliest players in online money transfer and other financial services niche. The company has benefited tremendously during the demonstration phase and applied extensive strategies to penetrate deeper into the market. Paytm houses more than 300 million users and approximately 20 million merchants.

Crypto investors and enthusiasts raised scepticism about the future of cryptocurrencies in India after the Chinese government recently banned cryptocurrencies and all the services related to them within its realm. China ranked on top in cryptocurrency trading and mining before both activities were banned in September 2021 in the country.

When Nirmala Sitharaman, the Finance Minister of India, was asked if the central government would ban cryptocurrencies in India. She responded that India would not be shutting off all the possibilities when it comes to blockchain and cryptocurrencies. She also added that the people of Indian would be given ample time to experiment with digital currencies.

Madhur Deora said bitcoin and cryptocurrencies are still in a regulatory grey zone though not banned in India. If these digital currencies were ever a legal tender in the country, there was a chance of introducing new offerings by Paytm for crypto investors.

If Paytm starts offering crypto trading services, it will attract additional investors. The company has already applied for Initial Public Offering amounting to Rs 183 billion and is all set to list on the stock exchange around the second or third week of November. Paytm has received 10x of subscriptions first’s shares than the company has put for sale, tells Madhur Deora to Bloomberg in an interview. Additionally, the financial services platform has attracted more than 122 company investors who have purchased more than 38.3 million shares for Rs 2120 apiece.