India vs Pakistan T20:Pakistan beats India for the first time with 10 wickets in World cup T20. 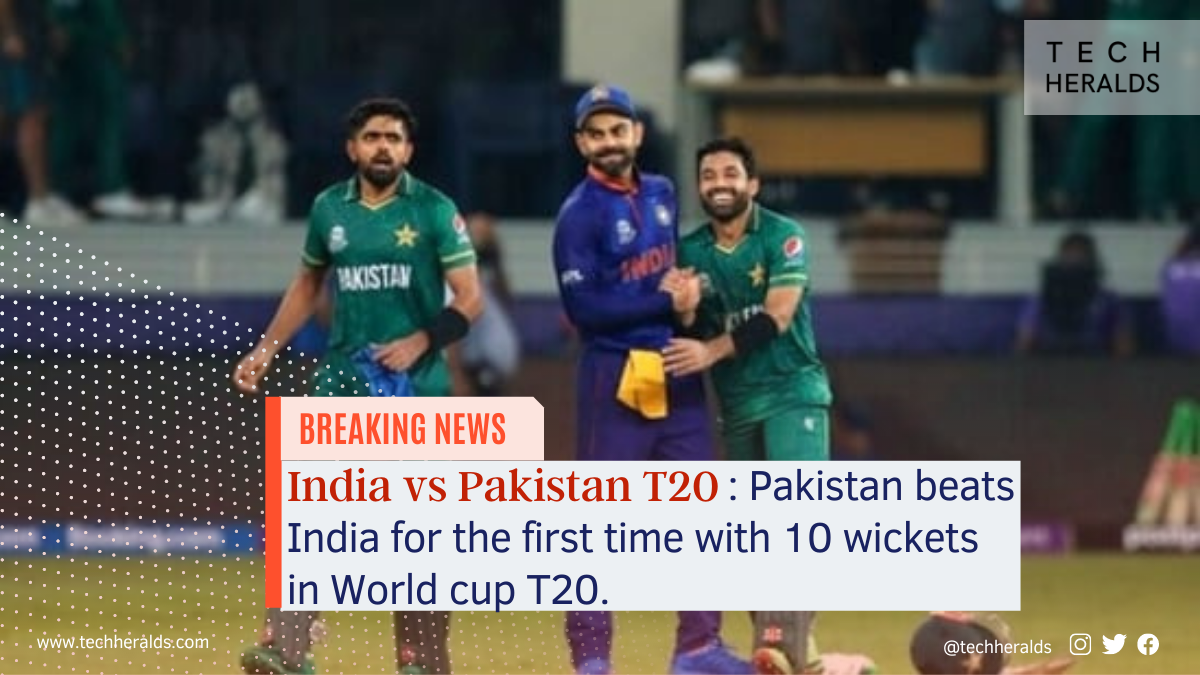