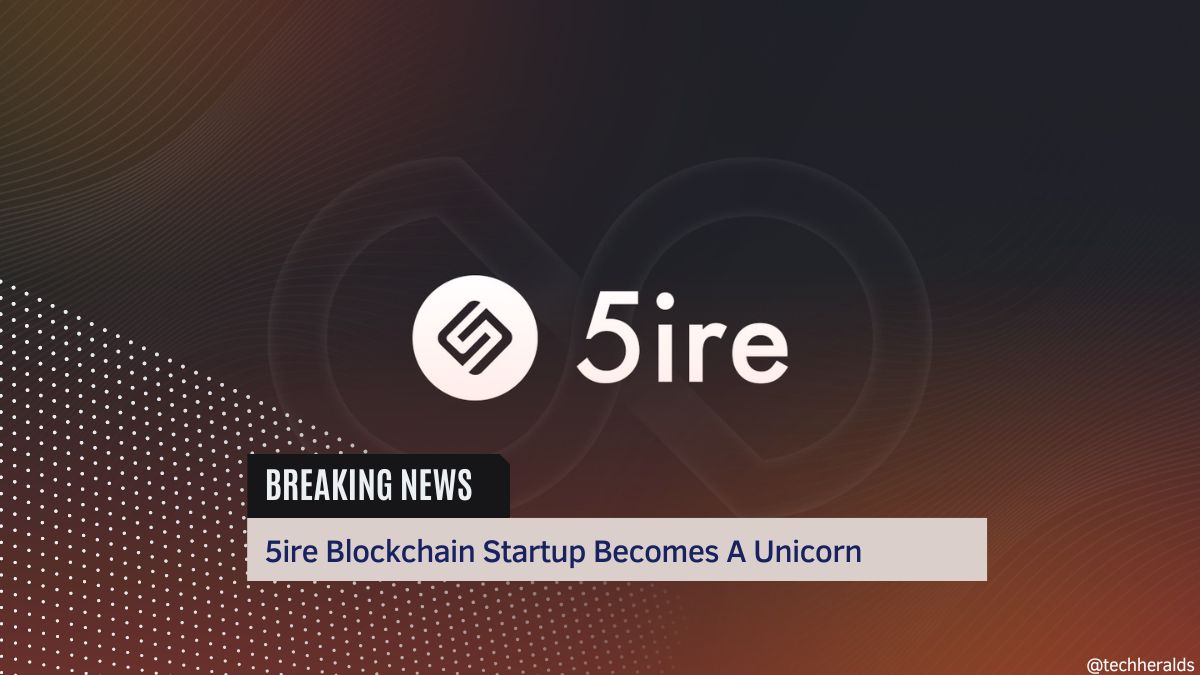 5ire blockchain start-up has raised $100 million in a Series A round. The raising of the value happened from UK-based conglomerate Sram & Mram Group. The start-up ranks 105th unicorn in the country with $1.5 billion.

The company had previously raised $21 million in its seed round at $110 million participating private and institutional investors like Alphabit, Marshland Capital, Launchpool Labs, Moonrock Capital, etc. The main motive of the start-up is to generate 5ireChain, and it is a user-centric sustainability-driven blockchain. Besides, it embeds sustainability in both base layers to get this. The company has maintained an ideal balance to fix the blockchain trilemma between security, scalability, and decentralization.

5ire blockchain firm is incorporated in Dubai and has planned to use that money to expand into Asia, North America, and Europe. In this case, their motive is to keep India as the core area of focus and operation hub. Recently, the company contains 100 employees which will increase up to 150 in future. Pratik Gauri and Prateek Dwivedi are entrepreneurs and have Indian-origin. They set up the start-up with web3 financier Vilma Mattila in August 2021.

Pratik is the CEO and Co-founder of it. He said that its business model embeds the for-benefit paradigm by practices that align with the SDG of the UN, and we know it as the Proof-of-Benefit implementation. He added that the start-up would increase DAO or decentralized autonomous organizations to increase the performance of the UN’s 17 SDG goals.

The founder and Chairman of Sram & Mram is Saileshh Lachu Hiranandani. According to him, the Start-up blockchain is something that big corporations and governments use. He said that they are confident in moving forward with such values. In addition, he always tried to look for an improved way to do things. It helps to find solutions for the 17 UN Sustainability Development Goals. The leadership team’s abilities are expected to be good.

Report Ocean said the global blockchain technology market had a value of $2.91 billion in 2021. It will grow over a 68.4 % healthy growth rate, more than the forecast period 2022-2028. Some blockchain start-ups in India include Signzy, WazirX, CoinDCX, MindDeft, InstaDapp, KoineArth, Matic Network, Somish, and Primechain.

CoinDCX Ventures is the crypto exchange start-up CoinDCX’s investment arm. It announced in May 2022 that it would spend a $12.85 Mn fund on early-stage blockchain and crypto start-ups in India. The value wants to boost the web3 ecosystem in the nation, garnering huge attention.

What did Gauri say?

Gauri is the CEO and Founder of 5ire. According to this person, they are moving forward correctly to be the first sustainable unicorn born out of India in 11 months. In addition, they felt humbled by the trust that the SRAM & MRAM group shows.

5ire keeps on spending to increase the power of the blockchain. It can work together to ensure that the decentralized technology offers advantages to a big base worldwide.