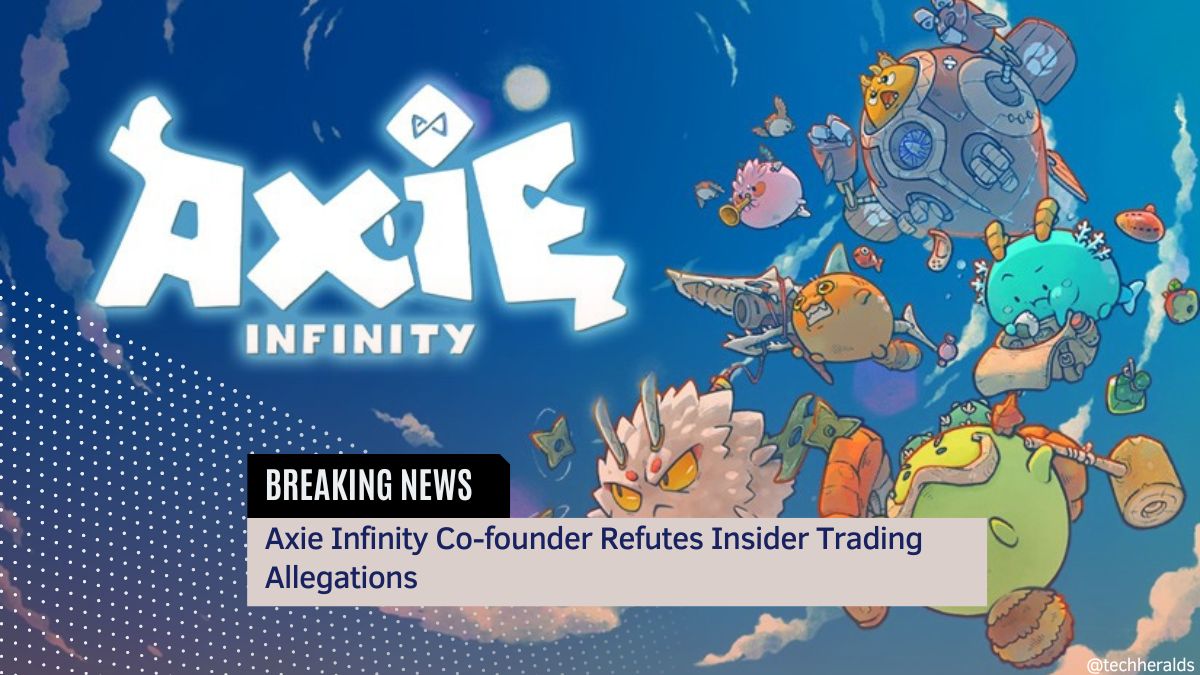 Axie Infinity CEO refuted the accusations of insider trading and criticized some media sources for dwelling on the conjecture while completely disregarding the accomplishments that were accomplished by his firm following the Ronin breach.

The co-founder and CEO of Axie Infinity refuted claims and charges that he had been involved in insider trading, claiming they were unfounded and untrue. He did, however, acknowledge moving $3 million worth of AXS to prevent short-sellers from breaking the news first. As we witnessed in March of this year, the Ronin Bridge was the target of the largest cryptocurrency theft, and criminals were able to get past the protection and steal $173,000 ETH.

Also Read: The Future Of Games Lie In AR

At the time, the assets were worth about $600 million. The incident caught the public’s attention, and various authorities launched investigations to determine who was responsible. According to the Federal Bureau of Investigation, the Lazarus Group, a North Korean hacker organization, is responsible for the crime. Despite the theft, Axie Infinity’s staff pledged to compensate the clients who had been distressed, and the bridge resumed operations with all of the money recovered. When everything appeared to be just a terrible memory, the CEO of Axie Infinity was accused in recent coverage by Bloomberg of shifting $3 million worth of coins from the platform to Binance soon before the tragedy.

The CEO of Axie Infinity quickly addressed the accusations, claiming that this report contains baseless insider trading allegations. He acknowledged that the $3 million transfer milestone was reached, but stated the main objective was to prevent AXS short sellers from breaking the news first. Nguyen said that the team reduced the chaos brought on by the attack by moving $7.5 million from the Axie Multi-sig Wallet to Ronin Network.

The CEO added that he was pleased that the procedures had resumed and that the victims had collected their missing money that Axie Infinity and the community they’ve built together are his life’s work. I accept responsibility for the security violation and will learn from it.

Changpeng Zhao, CEO of Binance, revealed a month after the attack that his business had received up to $6 million of the $620 million taken:

“Today, the DPRK hacking squad began moving the money they had stolen from Axie Infinity. It was sent to Binance in parts, and distributed over more than 86 accounts. The amount recovered is $5.8M. In the past, we have done this repeatedly for other projects as well.