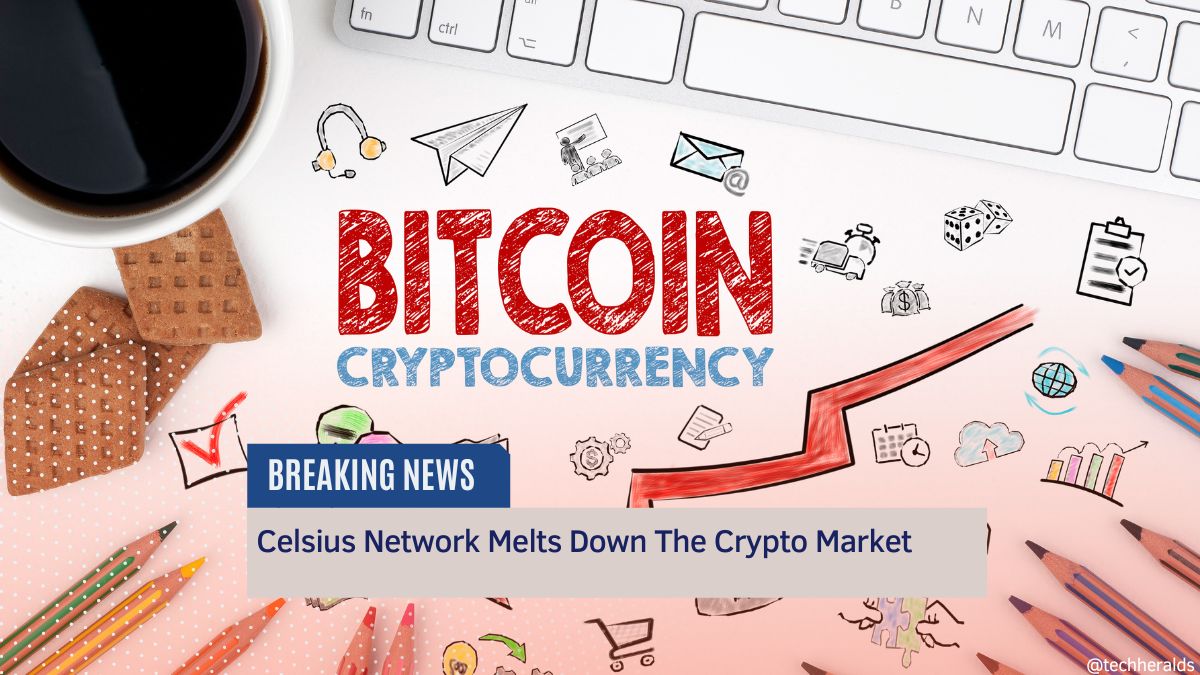 When the Celsius network announced that all withdrawals and transfers to and from their accounts would be halted, it sent shockwaves through the cryptocurrency community. The announcement was made so quickly following the crash report made it a much more pressing matter than it had been previously.

The CEL has stated that they are working tirelessly to resolve these issues as quickly as possible, but in the meantime, investors have been left with little choice but to wait. Many investors have already begun selling their cryptocurrencies due to concerns about future stability. As a result of this news, market fears have grown more intense, leading to a sharp decline in the value of Bitcoin (BTC).

Celsius Network announced Monday that it would no longer support any withdrawals, swaps, and transfers between users’ accounts. The announcement came in a tweet:

“Due to the current state of liquidity and operations, we have decided to lock down the entire platform until further notice. Please be assured that your funds are safe,” they said.

This move is to stabilize the liquidity and operations while preserving and securing assets for the community. As a result of the pressure from authorities, Celsius Network ceased offering interest-bearing accounts to investors who did not meet the criteria for accreditation. Celsius Network was the target of formal complaints from Alabama, New Jersey, and Texas governments because the company practiced selling unregistered securities to its customers.

The company’s shutdown of all operations has caused a major hit to the market, with the cryptocurrency crash having a significant effect on the overall market value, falling below $1 trillion.

As a result, billions of dollars are trapped within the network and waiting to be withdrawn by users. Unfortunately, due to this crash, many people cannot withdraw their funds.

The corporation did not explain why they are facing financial concerns. This may be due to the company’s investments in Staked Ethereum.
A smart contract known as Staked Ethereum allows customers to lock their Ethereum holdings in return for interest payments temporarily. This might be problematic given that the price of Staked Ethereum has been moving up and down recently, which may cause Celsius’ liquidity issues.

Also Read: Do Kwon Refutes Claims Of Withdrawing 2.7B Over 3 Years

According to Marcus Sotiriou, an analyst at GlobalBlock, Celsius now has around $1.5 billion worth of Staked Ethereum in its possession. However, Celsius said there was nothing to worry about because investors will gain interest continuously on their deposits though they cannot withdraw currently.

Bitcoin Value Falls Below $24,000
As a result of this news, BTC has fallen below $24k for the first time since December 2018. The decrease represents a 13% drop over the past month alone and points to a growing trend toward volatility among cryptocurrency markets.

What is Celsius Network?

Celsius is a decentralized financial services provider (Defi) that offers loans, savings accounts, and money markets. It is most known for providing high APYs on cryptocurrency deposits, which range from 5% to 18%.

Since its first establishment in 2019, the firm has extended more than $8 billion in loans. The most recent investment round for the firm took place in November 2021, when it received 350 million dollars from a group of investors.

Celsius operates using Ethereum smart contracts, which allow it to provide its services without requiring an intermediary or third party to hold assets. It also allows the company to provide more transparency about how users handle and use funds.

It launched in late 2019 and has since grown to 1.7 million users and $11.7 billion in assets under management (AUM). The company has made over $8 billion in loans and offers high APYs of up to 18% on cryptocurrency deposits.