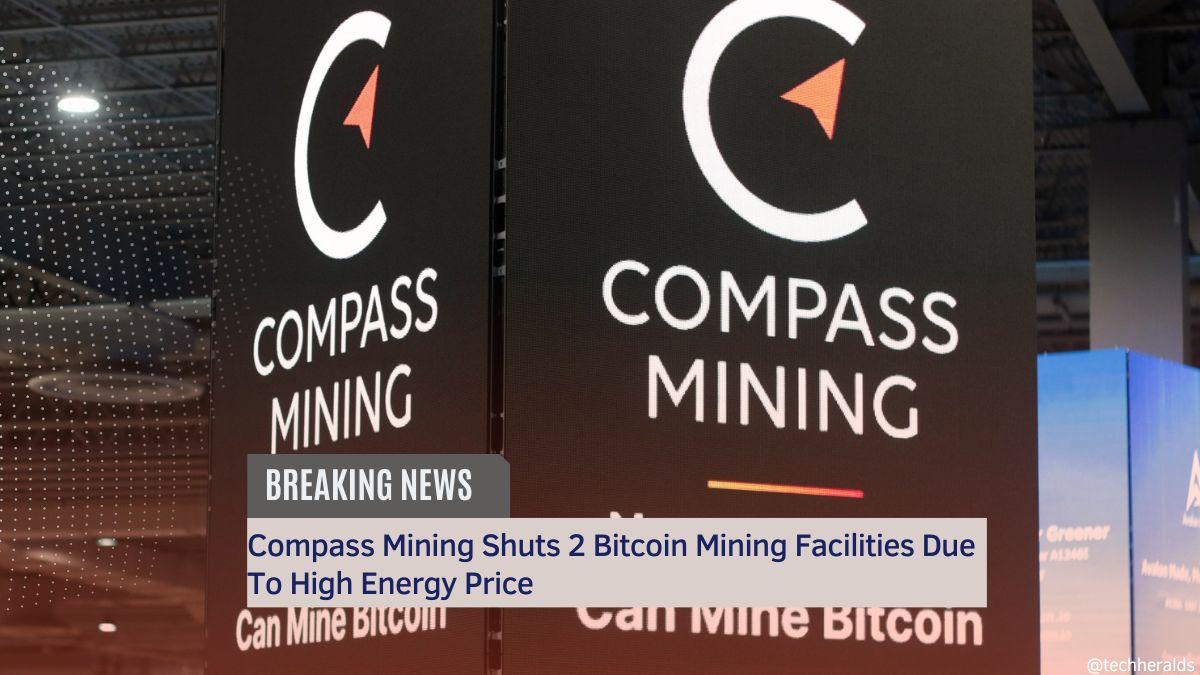 Due to the rising electricity cost in Georgia, two of the facilities that Compass Mining used to operate are being shut down. Compass Mining is a mediator that enables individual investors to engage in the bitcoin mining process.

According to Compass co-CEO Thomas Heller, the owners of the sites are ceasing operations because the local power supplier has raised costs by more than fifty percent, a significant expense associated with bitcoin mining. He said that the owner of the facility made the announcement to the corporation yesterday afternoon.

Individual investors can acquire tiny quantities of mining capacity in locations all around the globe via Compass Mining. It does not have any ownership stake in any of the facilities that are accessible via its platform. The problems the firm has been having with downtime, delays in deployment, and mining rigs delayed in Russia have been so severe that Whit Gibbs resigned from his position as CEO in June, and the new management has eliminated 15% of the personnel.

As per a snapshot of an email to consumers circulated on social media, users can have their machines transported to a location in Texas. The shipping procedure is expected to take around one month. According to Heller, Compass will endeavor to reduce the downtime of its customers’ experience and provide credits to those consumers.

The facility in Texas has had its share of problems to deal with. Because of the delay in its connection to the energy grid, it was necessary to operate the facility on generators for some time. According to Heller, these, on the other hand, were not always running due to heat and other factors, which caused the mining rigs to experience periods of inactivity. Compass made an offer in July to relocate the machines from Texas to Georgia to improve the site’s availability. Compass Mining subsequently announced that it would not go through with the transfer, citing the high cost of electricity in Georgia as the reason.

According to Heller, the uptime at the Texas location since it was linked to the grid back in August has been “extremely excellent.” According to the screenshot, even though it is anticipated that the plant would generate more than 100 MW of energy throughout the operation, Compass will only allocate 25 MW of that total by the end of September.

Because of how skilled the operator was, the Georgia facilities have been described as “extremely solid till now.” According to Heller, Compass anticipates that the same will be valid for the facility located in Texas, which is handled by the same business.