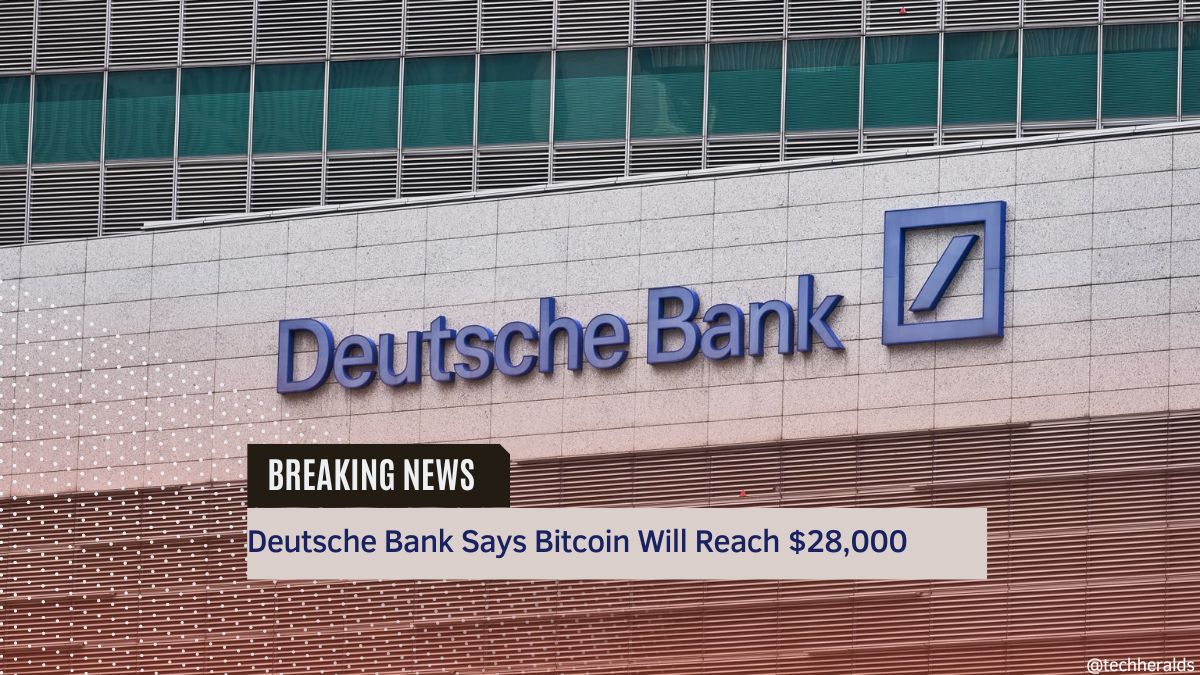 Deutsche Bank has predicted that bitcoin will reach $28,000 by the end of this year, according to their experts’ predictions. According to analysts, the cryptocurrency economy is always struggling with dark periods. The bitcoin markets have already had a difficult six months, and according to the news, BTC just had its worst quarter in ten years.

The popularity of Bitcoin and other digital assets was upscale. Provided that, the cryptocurrency rose as an alternative to the conventional mode of payment. People no longer need the services of governments or banks as a result of the existence of bitcoin. The purchase is verified as having been made directly between users via a peer-to-peer internet network.

In every country around the globe, macroeconomic circumstances have a significant impact on stock markets, and conventional stock markets are further driven by concerns about inflation and weakening economies.

According to research by Deutsche Bank analysts Galina Pozdnyakova and Marion Laboure, Bitcoin is set to make a comeback. The cryptocurrency has been mimicked by the swings of the Nasdaq 100 and S&P 500 in recent months, which has led to a strong correlation between the two markets.

Regarding the Nasdaq and S&P 500, the analysts forecast that a similar pattern will emerge. The S&P will return to its levels from January, according to their analysis; midway through 2022, it may increase by 30% as a result of BTC’s link with it. Because of this, it’s possible to see bitcoin regaining its previous level of $28,000.

Many factors contribute to the volatility of cryptocurrency prices. One of the most important is the lack of readily accessible standard valuation models. When there isn’t an established baseline, it’s difficult to predict what a cryptocurrency will be worth in a given month or year.

Another factor is that the market is still fragmented, which makes it difficult for investors to accurately determine how their investments will perform. The absence of standard valuation models means that they have no way of knowing whether they’re buying into a good investment or not; this makes them more likely to panic and sells at the wrong time, which increases volatility.

A recent investor note from JPMorgan has found that the cryptocurrency ecosystem has begun to recover. While there are still many challenges facing the market, including the need for more regulation, there is a reason for optimism.

The report highlights recent venture capital investments made in bitcoin businesses. The investment is estimated to be $5 billion, up to $3.4 billion from the same time in 2021, according to the report.

In addition to this encouraging sign of recovery, we have seen numerous businesses go bankrupt due to their inability to meet margin calls from investors during the collapse of the cryptocurrency market. Take Three Arrows Capital, a hedge firm, as an example: they are currently bankrupt because they were unable to pay back their investors despite having strong balance sheets and a strong team. However, other members of the business stepped up and helped support them in these trying times by providing funding or other services that would help them continue operating as usual while they seek new opportunities for growth outside of cryptocurrency markets.