Do Kwon Refutes Claims Of Withdrawing 2.7B Over 3 Years 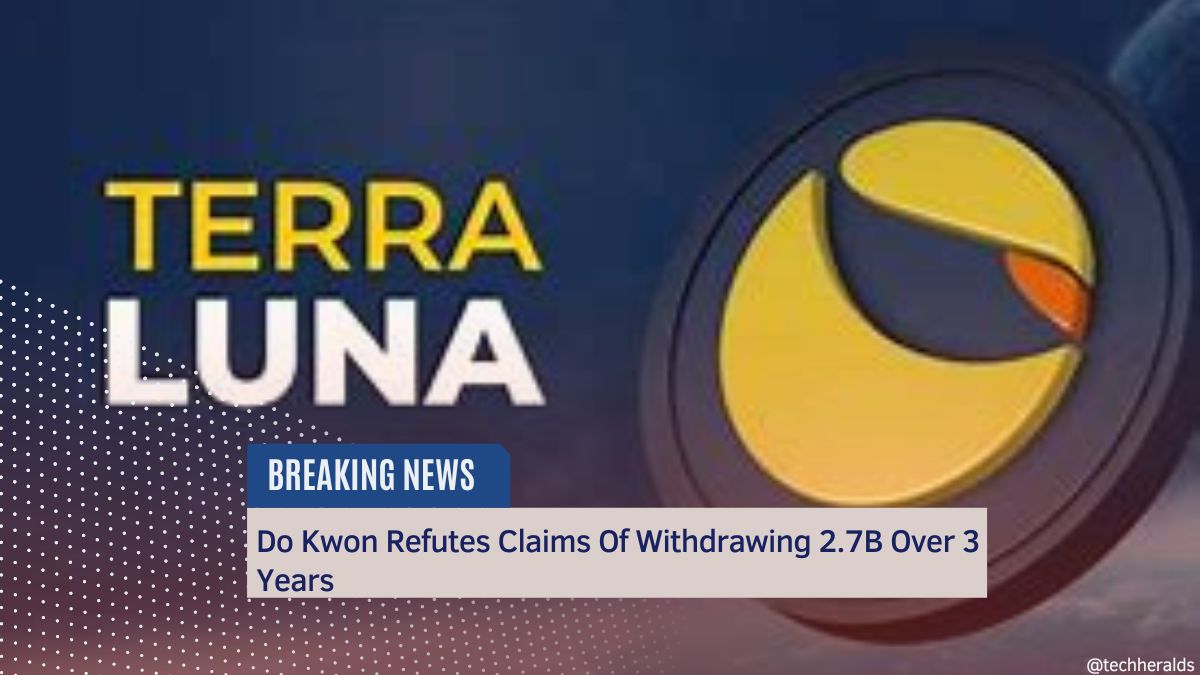 On Saturday, numerous unconfirmed reports surfaced claiming that Kwon participated in draining liquidity out of Luna Classic (LUNC) and TerraUSD Classic (USTC) before the crash to purchase the United States dollar-pegged stablecoins such as Tether.

According to the statement released by Kwon, these harmful rumors are wholly untrue and have no foundation in reality. He added that his team was working hard on creating innovative products for the blockchain industry.

Do Kwon is accused of withdrawing $2.7 billion over three years using Degenbox, the ideal mechanism to transfer liquidity from the LUNA and UST system into hard money such as USDT. Kwon used Degenbox to drain funds without being noticed by the community.

The founder of the LUNA cryptocurrency was quick to dismiss rumors that he had recently cashed out $2.7 billion. Kwon also urged cryptocurrency community members to refrain from spreading the story until it could be verified as accurate: “The notion that I took out $2.7 billion from anything is without a doubt incorrect,” he said. “This ought to be evident.”

Kwon has also stressed that the sole source of revenue he has received from TerraForm Labs over the previous two years has been cash compensation (TFL). Kwon provided this information to the community in an attempt to dispel rumors and lies spread by other parties.

In this context, Kwon pointed out that spreading false information harms LUNA investors and contributes to their suffering.

“I didn’t say much because I didn’t want to give the impression that I was playing the victim, but I lost the most of what I had in the collision. I’m sure you’ve heard me say this before, but the truth is that I don’t give a damn about money.” Kwon said in this context.

The founder of Terra, Kwon, is currently being questioned by South Korean lawmakers about alleged corruption. The allegation states that Kwon adjusted the interest rate for his benefit.

According to Mr. B from Anchor Protocol, a Terra-centric sub-ecosystem, the platform was initially planned only to provide an interest rate of 3.6 percent for the sake of maintaining the stability of the Terra ecosystem; however, this was adjusted to 20 percent soon before the release:

“I developed it, so I should have known it would fail from the beginning, but it failed.” Said Do Kwon.

According to the allegations, the developer proposed to Kwon that the interest rates be lowered; nevertheless, Kwon declined the proposal. The lawmaker who will be questioning Do Kwon has been asked to testify about the issue in a legislative hearing that will take place in South Korea.