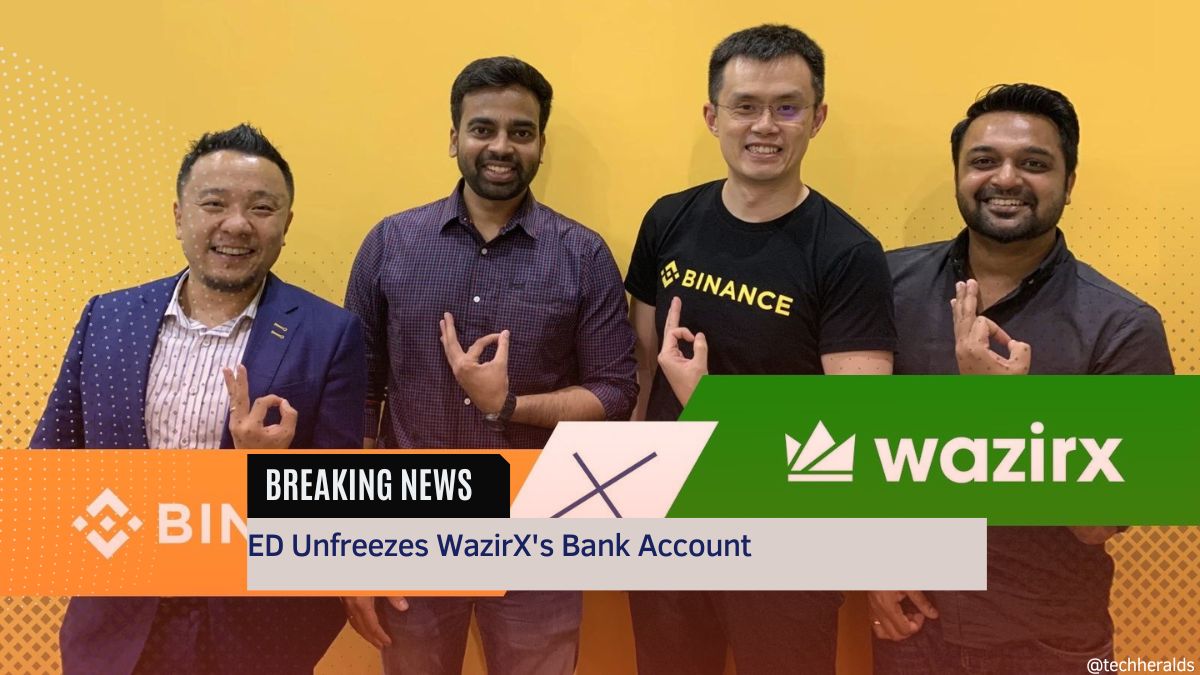 WazirX, a cryptocurrency exchange based in India, said on Monday that the country’s Enforcement Directorate (ED) had “unfrozen” the operation of the WazirX’s Bank Account, more than a month after the account was frozen by the agency.

WazirX’s bank account was frozen by the ED a month ago in connection with a probe into possible fraudulent activity on quick lending apps, which are applications that provide short-term loans. The inquiry is still continuing.

According to a blog post published by the firm on Monday, four of the sixteen fintech businesses now under investigation had utilised the WazirX platform. The exchange continued by saying that “WazirX has been collaborating with the investigators by giving them with all of the relevant facts, information, and papers of the suspected accused firms that utilised the WazirX platform.”

On September 8, the Indian government’s Finance Minister Nirmala Sitharaman presided over a meeting on “illegal loan apps,” which was also attended by the Deputy Governor of India’s central bank. The meeting was about the apps, and it was brought to the attention of the whole country.

On August 5, the ED conducted search warrants at the homes of WazirX director Sameer Mhatre for the purpose of investigating allegations that he actively assisted “around sixteen suspect organisations in laundering the proceeds of crime using the crypto route.” The agency also froze $8.1 million in funds that were held by the exchange.

A Twitter argument between WazirX’s co-founder Nischal Shetty and Binance’s CEO Changpeng Zhao regarding who really controls WazirX erupted as a result of the series of events that unfolded.

After carrying out an internal investigation in 2020-2021, the firm declared that it had previously discovered and banned the majority of the suspicious individuals. Additionally, the company stated that it had no affiliation with any of the purported companies that were being implicated.