Ether Value Shoots Up By 50% 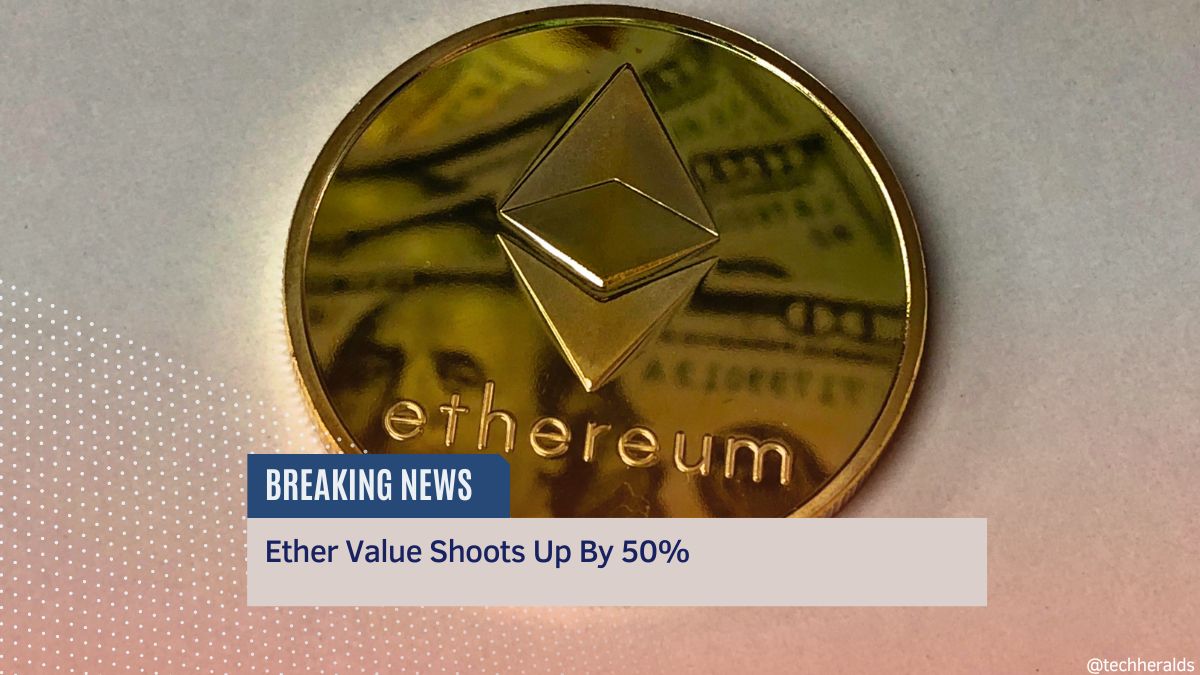 Ether value rose 50% over a period of one month. This is significant for the cryptocurrency market because it means that it has played a major role in its recovery. , It is cryptocurrency that has been the second-biggest digital currency worldwide for the past four years.

Vitalik Buterin, one of the network’s co-founders, announced that the protocol will be 55% complete after the merge. The network move is alluded to by the merge to ‘proof-of-stake’ consensus from recent ‘proof of work.’ Developers of this cryptocurrency had announced that it would occur on September 19.

Ether value has been on a rollercoaster ride, with the cryptocurrency trading at $1,080-odd levels on June 6 and $1,610 on June 22. That produced a return of 50% in about a month and a half.

Buterin stated that Ethereum and bitcoin are two different cryptocurrencies. According to the investors of bitcoin, it is 80 percent complete; whereas Ethereans, Ethereum is complete by 40 percent and can be 55% complete after the merge.

Buterin stated in EthCC, which stands for ETH Community Conference in Paris, on Thursday. He said that Ethereum and bitcoin are two different cryptocurrencies. According to the investors of bitcoin, it is 80 percent complete, whereas Ethereans are 40% complete and can be 55% complete after the merge.

Following the merger, the cryptocurrency’s road map comes with some additional big phases. It comes with a four-part upgrade, and as per the inventors, it is known as “surge, verge purge splurge.” The upgrades’ primary purpose is to make ether much more secure and decentralized.

Also Read: The Number Of Crypto Users Might Increase To 1 Billion

He asked that it can be a more scalable system at the road map’s end when it can process 100,000 transactions per second.

Buterin asked that the rate of change will decrease at a point. It is what most people are willing to have from the ETH protocol. He added that several things could happen in this case, but these are unknowns. However, it will reduce over time.

The co-founder claims that the major changes to their network involve updates to their security policy and token issuance. The way they determine which transactions will be accepted onto the blockchain is also part of this development.

Change In Ether Value Over One And Half Month

Bitcoin’s equivalent increased by 0.61 percent to reach a value of $22,983 per bitcoin on CoinMarketCap on June 22nd after trading hands at that time for a price of $22,939 per coin.