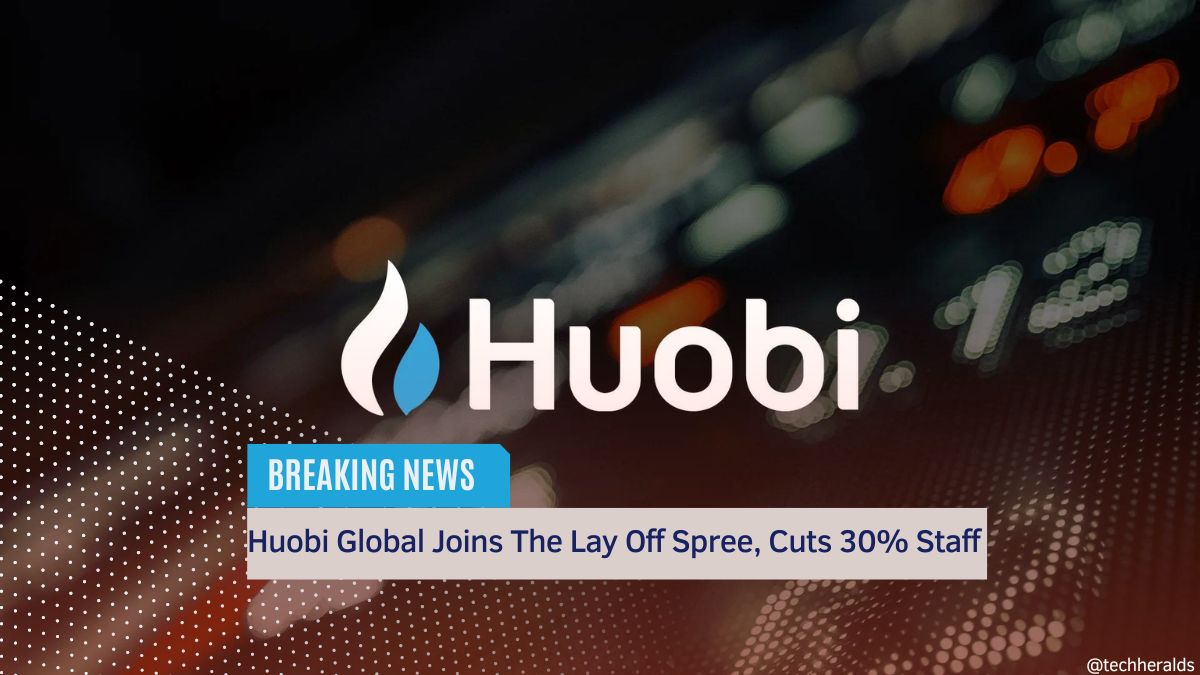 Huobi Global is phasing out jobs in response to the heavy downfall in cryptocurrency trading. The crypto firm has announced plans to eliminate at least 300 jobs from its current staff of more than 1,000 workers.

The company has been phasing out its client services in China, and on December 31, 2018, it completely cut off access to the Chinese market due to China’s prohibition on cryptocurrency trading.

Since September 2018, Huobi has been shrinking its staff to become more efficient and maintain profitability. Since September of 2018, it has been phasing out its client service in China by reducing the number of employees and eliminating some positions at a time.

A spokesman for Huobi Global has stated that “due to the current market situation, Huobi Global is examining both its employment rules and its existing staff,” with the intention of re-aligning them to the company’s operational demands. After completing such a review, some employees may be let go.

Huobi previously tried to develop overseas operations and continued trying after China’s clampdown on crypto exchanges but established a separate legal entity in Singapore. However, a portion of senior management continued operating within China until May of this year.

Blockchain technology is growing in popularity, but the recent bear market has slowed that growth. Experts say this is leading to layoffs at the crypto exchanges.

According to Smit Khakhkhar, tech diligence at Delta Blockchain Fund, the recent slump in cryptocurrency prices has led to job losses. He says that it will also mean lower revenues for regulatory compliance, which could result in layoffs for crypto companies.

“We got news from the current Union Budget that there is a flat 30% tax on all crypto gains starting from April 1 with 1% TDS on crypto transfers starting July 1. Apart from this, Indian crypto exchanges must store KYC data of all customers for 5 years.,” Khakhkhar said. “As a result, it can let you experience a steep decline in trading volumes across all KYC-compliant crypto exchanges.”

According to experts, CREBACO, a crypto research firm, saw a fall of 70% at the WazirX exchange and around 60% at the CoinDCX exchange by April 10.

Sharat Chandra, the vice president of Research and Strategy at EarthID, has stated that the turmoil in crypto markets has stopped all funding. As a result of this, Huobi’s company was a tech provider for a crypto exchange. Its headquarters are located in foreign countries and operate from there to protect them from another crackdown. The exchange decreased its headcount by 30% and slashed jobs in human resources.

Over the previous seven months, the market valuation of the cryptocurrency industry has dropped from an accumulated $2.9 trillion to $938 billion. As a result of the recent decline in the value of cryptocurrencies, other additional cryptocurrency exchange companies have terminated up to thirty per cent of their working personnel.