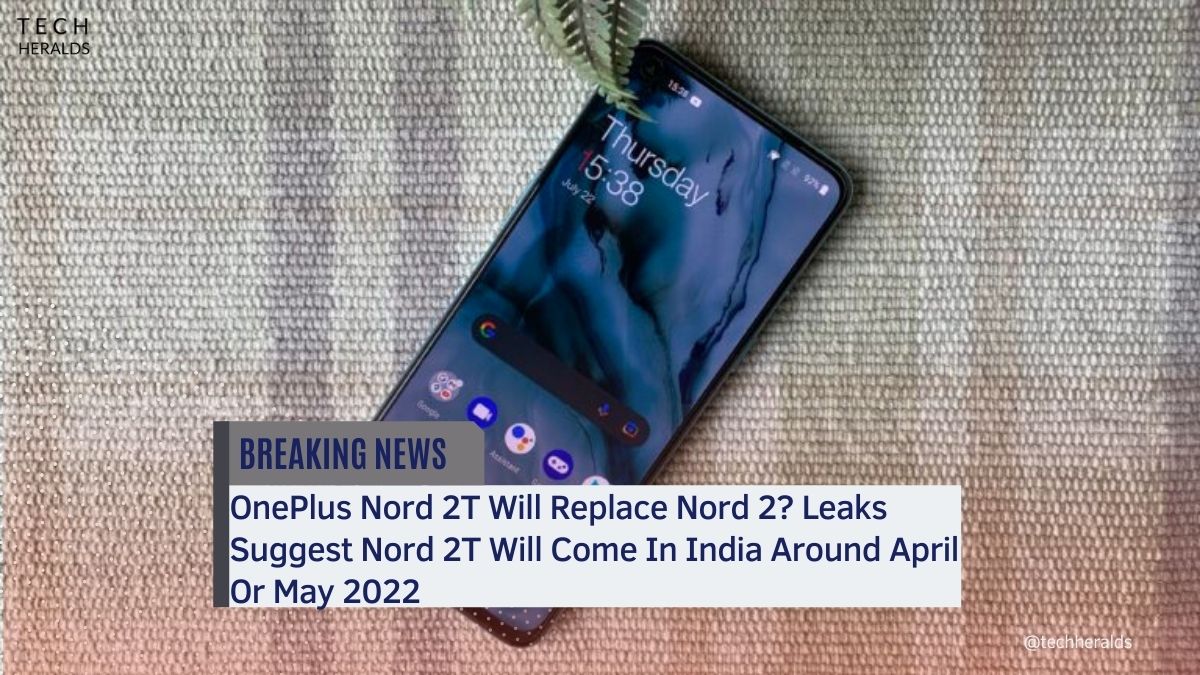 Following a previous leak of the OnePlus Nord 2T’s technical specs, the Chinese smartphone manufacturer hinted the official debut of Nord 2T in India earlier this week. According to the source, the OnePlus Nord 2T will be equipped with the MediaTek Dimensity 1300 SoC, which has not yet been officially launched anywhere in the world. Additionally, according to a fresh claim that has surfaced on the internet, the forthcoming smartphone’s debut date and pricing in India have been predicted.

According to a recent leak, a well-known tech tipster Yogesh Brar has received a new update in his hands, which signals that the OnePlus Nord 2T will replace the current Nord 2 when it is released later this year. The Nord 2T is scheduled to go on sale for anywhere between Rs in April or May. 35,000 and 40,000 ($400 and $533), depending on the region. According to sources, the entry-level Nord 2T variant would have 6GB of RAM and 128GB of storage for a starting price of somewhat less than Rs. 30,000 ($400) in India.

A 6.43-inch AMOLED display with a resolution of Full HD+ (2400 x 1080) and a refresh rate of 90Hz is stated to be some of the highlighted specialties of the OnePlus Nord 2T . Powered with  Dimensity 1300 CPU, the OnePlus Nord 2T will come in three RAM variants; 6GB, 8GB, and 12GB. According to the tipster Yogesh Brar, the upcoming OnePlus smartphone will be available in India around April or May 2022. The smartphone will most likely be available in 128GB and 256GB storage configurations in terms of storage options. According to reports, android 12 is expected to be used as the operating system.

While the OnePlus Nord 2T will sport a camera that seems mostly unaltered from its predecessor, there are claims that it will be equipped with a newer generation of sensor technology to improve image quality. According to market expectations, the OnePlus Nord 2T will have a triple-camera setup on the back, with a 50MP main camera. The rest two lenses include 8-megapixel ultra-wide camera and a 2-megapixel monochrome lens.  You will get a 32MP front-facing camera, as well as a punch-hole cutout on the front side of the OnePlus Nord 2T.

The charging facility will also see a significant improvement, with the 4,500mAh battery now capable of being charged at 80W SuperVOOC when connected to a computer through a USB cable. With this function, you will be able to charge your phone at the same rate as the OnePlus 10 Pro, which means that you will be able to receive flagship-level performance from a mid-range device.