The Motorola G Stylus Launched In The US At $300, Comes As A Cheaper Option To Samsung Note Devices 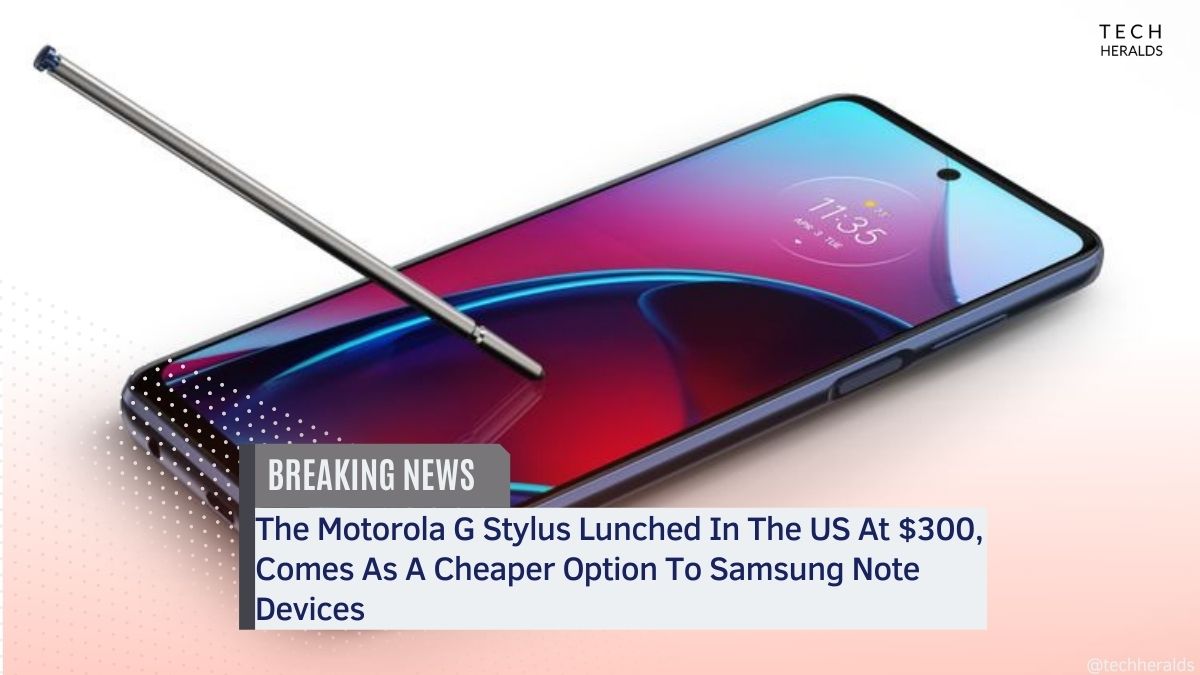 Although the Galaxy Note series has long been a favourite among smartphone users and stylus fans, there is still cause to be worried about the device’s long-term viability. Samsung’s latest Note device (the Galaxy Note 12) was introduced in 2020, and it is expected that the company would phase down the Note series soon. This indicates that the Samsung Galaxy S22 Ultra, which is a more costly smartphone, will be the company’s next stylus-friendly phone to hit the market.

If you don’t want to spend a lot of money on what most people perceive to be a flagship phone, Motorola may be able to help you out. The Motorola G Stylus, the company’s newest entry-level smartphone, was recently announced (2022). This smartphone costs less than $300 and comes with a built-in stylus. Although the Motorola G Stylus may not have as many features or as much power on the phone as a flagship smartphone of Samsung, if the inclusion of a pen is more essential than other factors, it may be worth considering.

There will also be a space for storing the stylus that comes with the Motorola G Stylus, which is a really handy feature if you need to use a stylus but don’t have a convenient spot to store it. The phone is anticipated to be available on the 17th of February, so if you’re on a tight budget, it could be worth your while to look into it.

In addition to being a smartphone, the Motorola G Stylus 2022 also has a Stylus Pen attachment and is a product of the company’s Moto G line. It is powered by a MediaTek Helio G88 CPU and has 6GB of RAM as well as 128GB of internal storage space. It sports a display with a refresh rate of 90Hz and a battery capacity of 5,000mAh.

Powered by Android 11, the Motorola G Stylus 2022 has the Motorola My UX interface and the Google Assistant. Among its features are a 6.8-inch Full HD+ Max Vision LCD with a 90Hz refresh rate, a 20:9 aspect ratio, a resolution of 2300 by 1080 pixels, 396 pixels per inch of resolution, and an 89 per cent screen to body ratio. The Motorola G Stylus also has a fingerprint sensor.

The front-facing camera on the phone is a 16-megapixel sensor with an aperture of f/2.2, which is rather good. The Moto G Stylus 2022’s back camera setup comprises a 50MP f/2.0 sensor, 8MP wide-angle and 2MP macro lens.

The Moto G Stylus 2022 is available for purchase for $299.99 in the United States. However, the price may vary based on where you reside. The smartphone will be available on Amazon and Motorola.com