What Is Web3.0, Its Advantages And Disadvantages 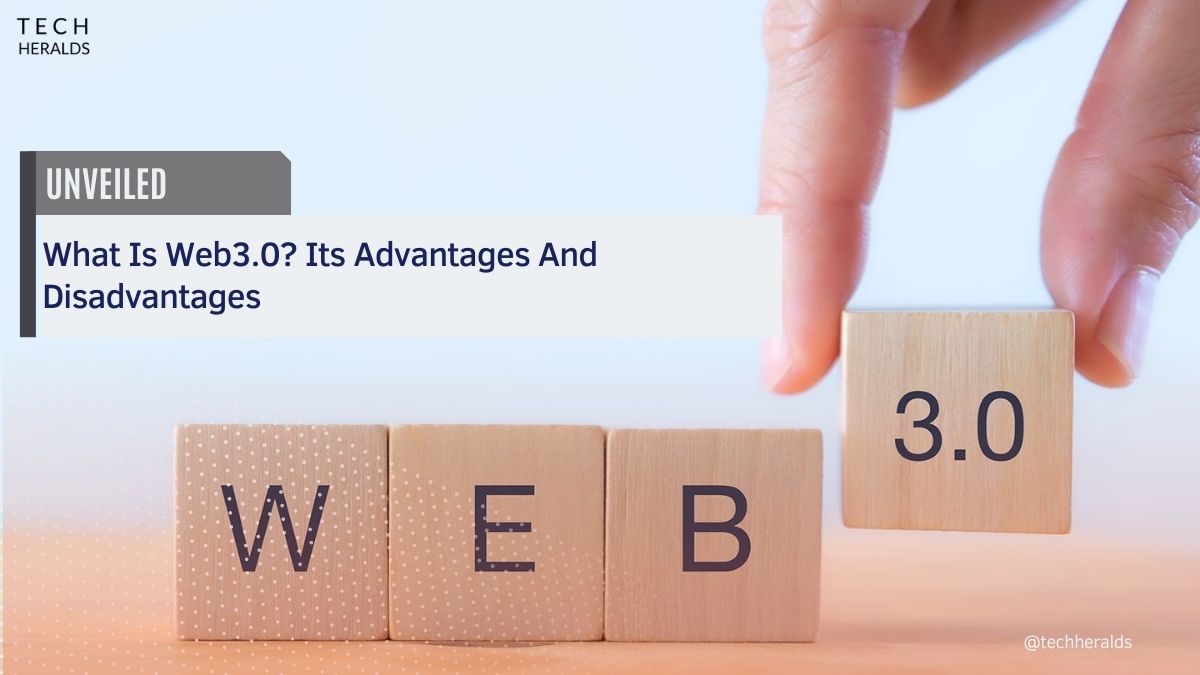 The Internet is a big thing, including web3.0. More extensive than any of us. Probably even more extensive than you, if you think about it. There are a lot of moving parts to this thing. And it’s hard to keep track of them all. For example, where did the term “internet” come from? What exactly is a domain name? How does DNS work? What is an IP address, and how does it work? Why are there so many different protocols for internet communication? And why are computers represented by numbers in the first place (e.g., 192.168.1.1)?

The history of the Internet is long and complex, with many myths and legends attached to its origins (like Al Gore inventing the Internet). To understand web3.0 and how it works, you have to have at least some basic understanding of how the Internet itself works – namely, its origin story and what makes it tick today. You also need to know a few things about the current state of items on the web. This refers to the degree to which governments and companies have power over the whole system.

The term “web3.0” has been used in many ways over the years. It was first coined by American computer scientist Tim Berners Lee in 2006. He used it to describe the semantic web. A decade later, a new meaning emerged, as people began talking about it as the next giant leap forward for the Internet – that is, web3.0. This is because, unlike the first two iterations of the Internet (web1 and 2), web3.0 would be decentralized and connected to an even more ambitious concept: the “Metaverse.”

Also Read: OnePlus Nord 2T Will Replace Nord 2? Leaks Suggest Nord 2T Will Come In India Around April Or May 2022

This concept, which is often associated with virtual reality (VR) and augmented reality (AR), is a real-life counterpart to the world of online VR experiences – think Second Life, but on a much grander scale. Two main elements make up this Metaverse: it’s a digital space where users can meet and interact with each other through VR and AR interfaces, and it’s also a digital platform that allows users to create content and apps that are connected to this virtual reality space (and other online media). The second part will be made possible by Blockchain technology.

Everyone who uses the Internet is familiar with the idea of a website. A website is just a collection of files that we can visit online, usually accessed through Chrome. A server runs these files, basically, just a computer that stores and processes data for us. When you go to a site like Facebook or Twitter, they’re served to you through servers owned by the companies that own those websites.

Today, the vast majority of the world’s internet infrastructure is run by private corporations and governments – it’s centralized. This means that when we use things like Facebook or Twitter or Google, what we’re doing is using these companies as middlemen to access information stored in other places on the Internet – on servers controlled by other companies, or sometimes even in our own homes!

When we visit a website like Facebook, what we do there – how long we spend on the site, what posts we click on – is all stored in one place: Facebook‘s servers. This means that if something ever happens and suddenly Facebook isn’t around anymore, we lose all of our photos and messages stored there. It also means that you’re sending requests every time you visit a website.

Imagine a web that no one owns. A web that does not have any servers that can be taken down or any companies required to turn over data. A web where we don’t need passwords and logins to access information – where we don’t need other people to tell us what we can and can’t do online. A decentralised web secured by encryption makes it impossible for anyone to see what content is stored there unless they have permission.

This is the idea behind a decentralized decentralised web – something that many of us are working towards right now. It might sound like science fiction, but it’s closer than you think – and some of the people working on making this happen.

Data infrastructure is changing. More and more people want data to be accessible and retain control of their information. The decentralized Blockchain database system enables data to be stored in a way where it can only ever be under the power of the person who owns it, even if it happens to be held on a server owned by a corporation or subject to the control of a local government. The owners or the governing bodies will never be able to acquire or edit the data unless they have the keys to the encryption that confirms they are the rightful owners. Moreover, even if they were to shut down or delete their server, the data would still be available on one of the hundreds of other machines on which it was kept.

The advancements in the internet world continue to progress, with the inception of Web3.0. Web3.0 is the third generation of the Internet, and it continues to grow at a rapid pace.

Here are some of the perks of Web3.0: Semantic web connecting

However, there are some disadvantages to Web3.0 as well: