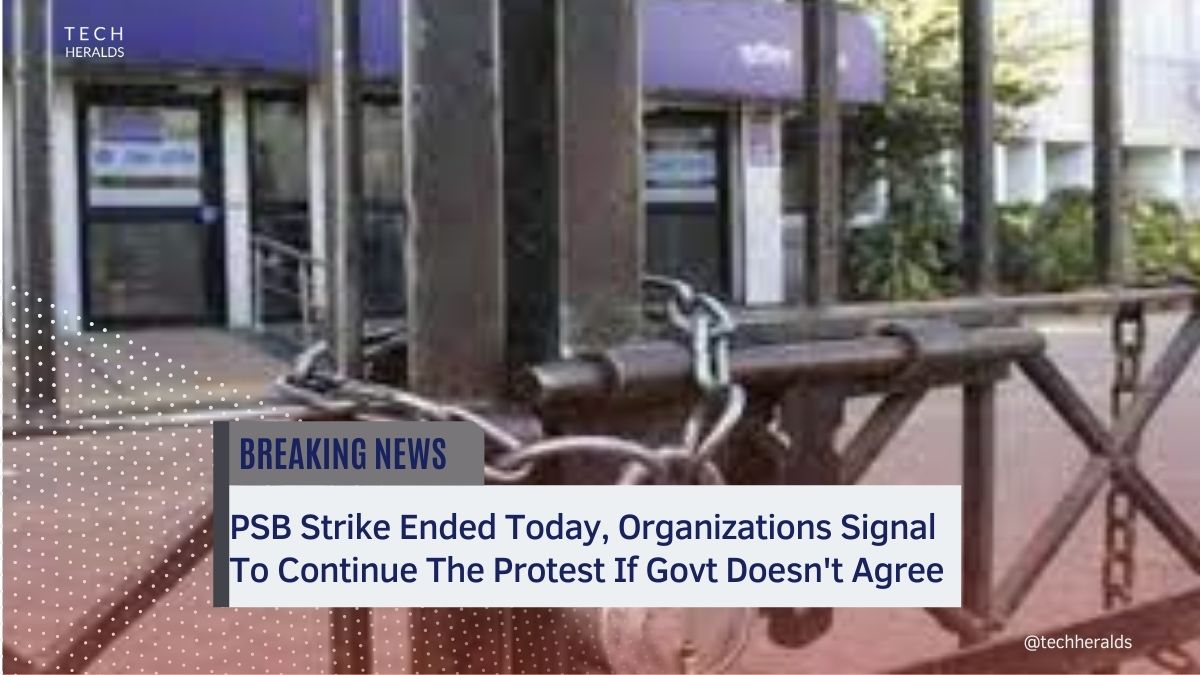 PSB strike hampered the banking services across the nation on second day of their country-wide strike. Staffers of the numerous public sector banks, including Punjab National Bank, Bank of Baroda, UCO Bank, Canara Bank, and State Bank of India, had proactively participated in the strike against the privatization of public sector banks.

Before going on the PSB strike, the State Bank of India had notified its customers of service disruption longing over two days. It also suggested to the customers that ATM services would remain close or affected due to the strike. ‘We suggest that our functioning might be affected by the protest even though we have made sure the operations are carried out at our branches on strike days.’ State Bank of India said in a statement. Approximately 8,590 bank and ATM outlets across the country had their doors closed for two days, as per the UFBU (United Forum of Bank Union), an apex body of Nine banking organizations.

The state government of West Bengal also reported disruption in banking services on the massive level on day two as the PSB strike followed consecutively and thousands of bank officials and staffer resumed their protest. On the other hand, the DMK government in Tamil Nadu has also declared its support for the two-day nationwide strike. DMK’s general secretary and minister Durai Murugan prayed for the success of the public sector bank strike. They announced the party’s support to more than nine lakh bank staffers and officials participating in the strike.

The finance minister of India, Nirmala Sitharaman, in the union budget 2021, presented the law amendment before assembly to privatize the public sector banks to fulfill the central government’s divestment plan of 1.75 lakh crore. According to the proposed bank amendment law, the government’s compulsory stake in the public sectors will be reduced to 25 percent from 51 percent decided per the banking companies act accepted in 1970.

The speculations suggest that the proposed PSB banking amendment bill will not be discussed in the currently happening winter session of parliament.

Sanjay Das further explained that the central government’s plan to privatize public sector banks, according to him, would have a negative influence on India’s economy, priority sector lending, and credit flow to self-help organizations and rural enterprises.

Public Sector Banks play a seminal role in dispensing the central government’s social welfare schemes such as Jan Dhan Yojana and Mudra Loan Scheme to the far-fetched regions. Privatization of public sector banks will result in the shutting down of rural bank outlets, which will reduce the dispersion of social welfare schemes.

Sanjay Das, All India Bank Officers Confederation’s general secretary, says that the PSB strike received an enormous response from more than 9 lakh bank staffers and officials who participated in the strike. We will continue our PSB strike in the future if the central government insists on implementing the newly proposed banking amendment bill.