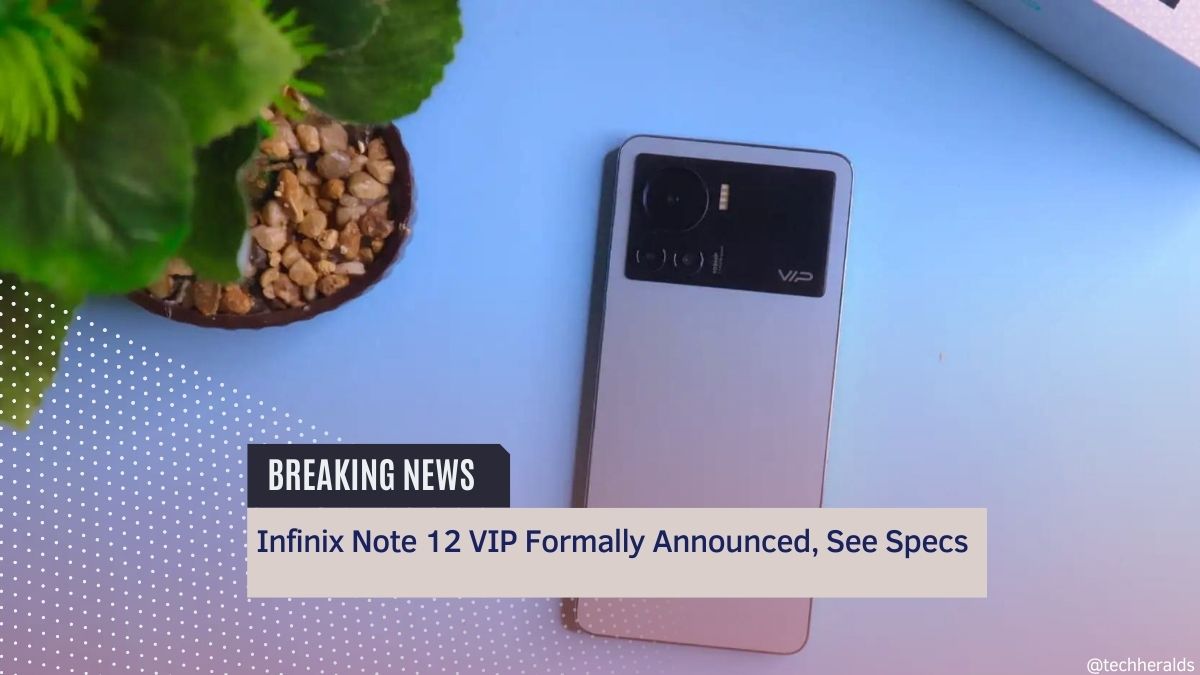 Infinix Note 12 VIP smartphone is out in the market just a couple of months after its first 5G handset; equipped with a 108MP primary rear camera and a 6.7-inch display with a 120Hz refresh rate, it packs in a lot of features. Thanks to the 120W HyperCharge feature on the Infinix Note 12 VIP, it is powered by MediaTek’sMediaTek’s Helio G96 processor and can be charged fully in just 17 minutes.

In addition to the FHD+ resolution, the 6.7-inch AMOLED display has 10-bit support, a refresh rate of 120Hz, and a touch sampling rate of 360Hz. There are three cameras in the rear: 108 MP, 13 MP ultra-wide lens, and 2MP front-facing camera. A punch hole on display houses the 16MP front-facing camera powered by the primary sensor.

By integrating the XOS 10.6 overlay on top of Android 12, the Infinix 12 VIP runs Android 12 out of the box and does not just stop there. It also supports dual nano-SIM cards, 5G radios, and a 3.5mm audio jack. The Infinix NOTE 12 VIP is a 7.89mm thin smartphone with a 4500mAh battery that can be charged to full power in 17 minutes. The 120W HyperCharge feature takes the battery from 0% to 100% in just 17 minutes.

The 120W HyperCharge technology uses 30W of power, which is enough to charge a regular smartphone in under 45 minutes. However, this device can charge up to 50% faster than most other smartphones. This phone offers a 6.7-inch screen with a resolution of 3840×2160 pixels and Dolby Atmos sound technology for enhanced gaming and entertainment experiences.

The device features Infinix’s Dar-Link 2.0 software, which improves image stability based on an AI algorithm and simultaneously reduces device temperature for an immersive gaming experience. The NOTE 12 VIP also features XOS 10.6 software based on Android 12, including new features such as Storage Optimizer, Lightning Multi-Window, Privacy Guardian, and the Folax AI voice assistant.

The Infinix NOTE 12 VIP is not currently available in the US market, but if you live in a selected region, the Infinix 12 VIP smartphone will be available in Cayenne Grey and Force Black color options for the price of $300.