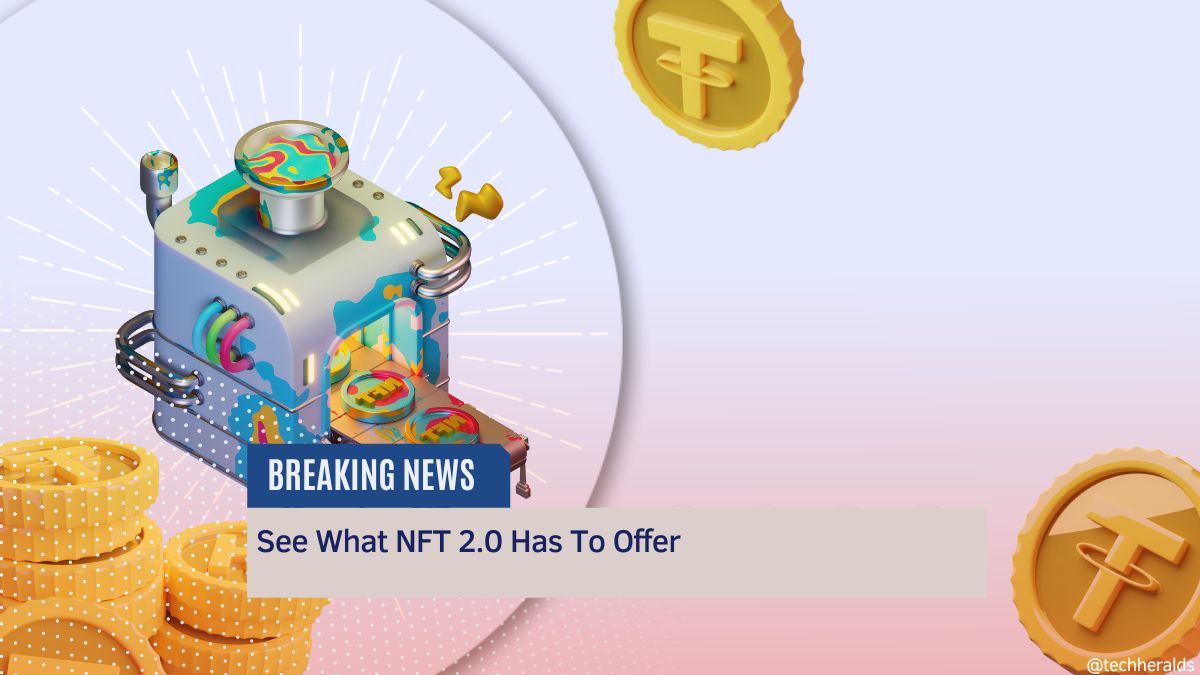 There’s no denying that NFTs have taken the world by storm. But it may seem that this technology is simply a fad and will soon be forgotten. That’s not entirely true; the concept of NFTs has already been upgraded to the NFT 2.0 version, which is what we’ll talk about today.

NFTs are evolving, and they will continue growing as time goes on. You can upgrade them just like any other technology, and the earlier version of NFT with ascendency has already done so.

NFT 2.0 is a blockchain-based technology that can be used to create digital assets. The primary purpose of this technology is to make it possible for the users to trade digital assets without any physical exchange of tokens or coins.

NFT 2.0 solves all these problems by providing an immutable, verifiable and cryptographically secure proof of ownership over all digital assets that may exist in the future too!

With this new version, we can solve some of the problems that the 1.0 version had. In the next section, we have listed some benefits you can get from this new version of NFTs.

NFT 2.0 offers the same features as NFT 1.0 but with a few new bells and whistles.
The most important new feature is Interlinking, which lets you link one NFT to another (or even more than one) so that they can be viewed together or in conjunction with other data sets. You can use this feature to learn more about ownership or just to see how two different NFTs might interact with each other.

Upgradability lets you modify an NFT’s metadata over time, for example, if you want to change the artwork or tweak its look. The technology is also dynamic—for example, it can issue commands to other NFTs or allow them to send orders back to it.

In the earlier version of NFTs, it was only possible to have a single resource connected with a token. This meant that everyone got the same technology, regardless of how they saw it. The updated version allows every ticket to be associated with many designs.

The original version of the protocol did not allow for nested NFTs. Creating a token that could have another token within itself was impossible. However, the updated version has generated a lot of nesting, which works by converting one technology that already has another into one with a combination of both. This new feature can be used in gaming, virtual exhibitions, art, and other areas.

The smart NFTs are the next step in the evolution of non-fungible tokens. This version helps to create a link between NFT and smart contracts, which means that when you change ownership of an asset, it can update the ownership data on the token. It can then be captured on its blockchain.

The co-owned NFTs allow more than one owner to contribute to updating an asset’s ownership details, whereas only you can own an asset with the earlier version.

Non-fungible tokens, or NFTs, are the most recent release in the cryptocurrency sector and are becoming a trendy way for businesses to create and distribute their unique tokens. This technology is based on blockchain technology and uses pixels to create multimedia displays.

While this technology may seem like it’s only been around for a short period, it has been around since the beginning of blockchain technology—since 2009. However, there have been significant advancements made in NFT 1.0 that have resulted in it being upgraded to Version 2.0. A few projects are based on this version of the NFT protocol.

Suppose you’re new to the industry or just starting cryptocurrency trading. In that case, you may find yourself in some difficult circumstances when trying to discover more about what makes up an NFT token.