Shiba Inu Price Skyrockets After Its Listing On Robinhood 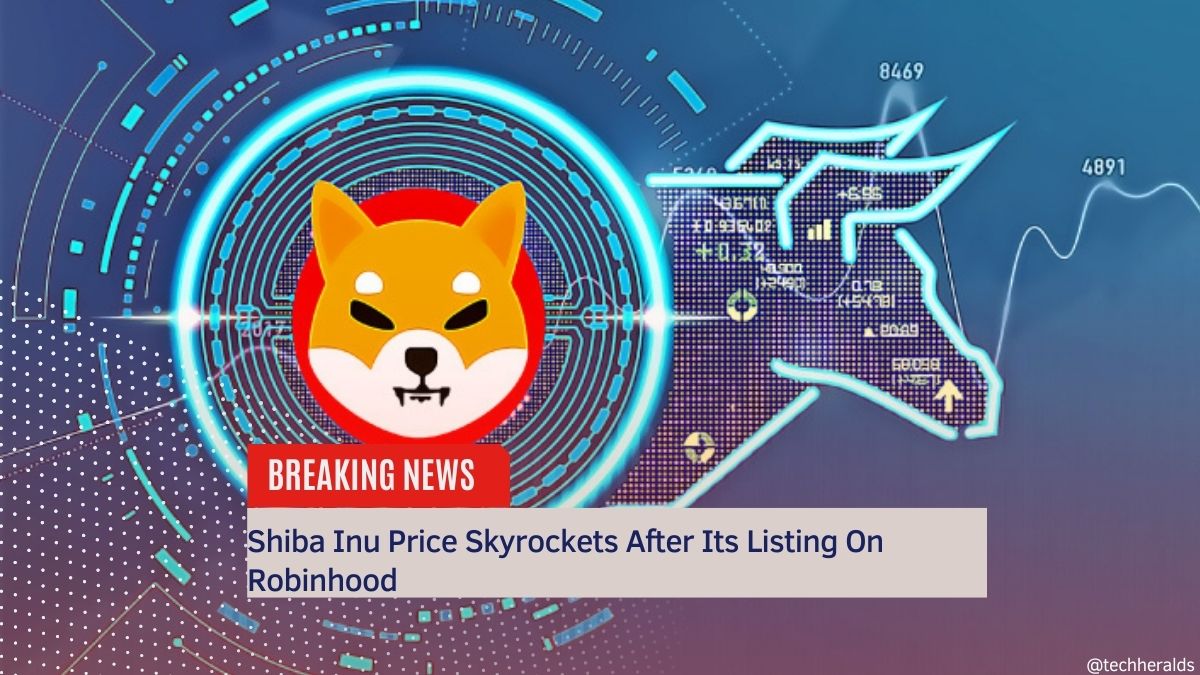 Robinhood, the commission-free stock trading and cryptocurrency investment platform, has added transfer functionality for Shiba Inu. Additionally, the platform has opened its doors for cryptocurrencies that are listed on its marketplace. Shiba Inu price saw a sharp increase after the successful listing of the meme token.

In April 2022, Robinhood listed Shiba Inu, and shortly afterward, users were given the ability to move their SHIB both into and out of the platform. Because transfers are essential to increasing the meme coin’s usefulness, the ShibArmy and holders of Shiba Inu are experiencing a pivotal period right now.

This is an important step in the growth of SHIB as a currency, as it allows users to use their meme coins for purchases in real life. It also makes it easier for holders of Shiba Inu to sell their holdings at market value or to purchase other cryptocurrencies through Robinhood.

The ShibArmy, a community of Shiba Inu owners who are passionate about the token and its future, has been waiting for the listing of Shiba Inu on Robinhood since April 2022. The platform’s growth strategy called for Shiba Inu to be made available on the commission-free market as part of the plan. Along with Polygon, Solana, and Compound, Shiba Inu was included on the list.

A petition was established by ShibArmy on Change.org to get Dogecoin-killer added to Robinhood. The petition generated 550,000 signatures in support of the transfer, while the listing on Robinhood offered a boost to Shiba Inu’s visibility. Both of these factors contributed to the success of this move.

As the value of Shiba Inu has increased, so too has the Shiba Inu . 78.4 million SHIB were burnt in just under nine transactions over the previous twenty-four hours. The site that counts the amount of Shiba Inu that is burned, Shibburn, found that a total of 410,372,235,827,873 SHIB were destroyed during this period.

As a direct result of this enormous demand, the SHIB burn rate increased. Since the beginning of this process, a total of 410,372,235,827,873 Shiba Inu tokens have been destroyed.

The Dripto internet marketplace increases the usefulness of Shiba Inu as a means of payment online. Recently, Dripto has begun accepting Shiba Inu as a form of payment on their platform and other online marketplaces are expected to follow suit soon. Acceptance by several major corporations has also led to significant growth in value as investors seek out new opportunities for profit with this new form of currency.

In the past few months, cryptocurrency analysts have been paying close attention to Shiba Inu. The meme coin has been slowly creeping upward, and now it seems that it could be on the verge of breaking out.

The cryptocurrency world has been buzzing about Shiba Inu’s potential since its price began to rise in mid-November. At first, most analysts were skeptical that this coin would be able to maintain its momentum, but they’ve since changed their minds. A pseudonymous analyst known as Shib Knight has had several bullish predictions for Shiba Inu—and now he’s looking even more confident in his analysis than ever before.

Shib Knight believes that the meme coin could reach $0.00001212 or higher before it begins to stall out or reverse course—and if he’s right, then investors might be able to make some serious money off this one!