Apple is exploring Airpods that can monitor posture, temperature and blood pressure. 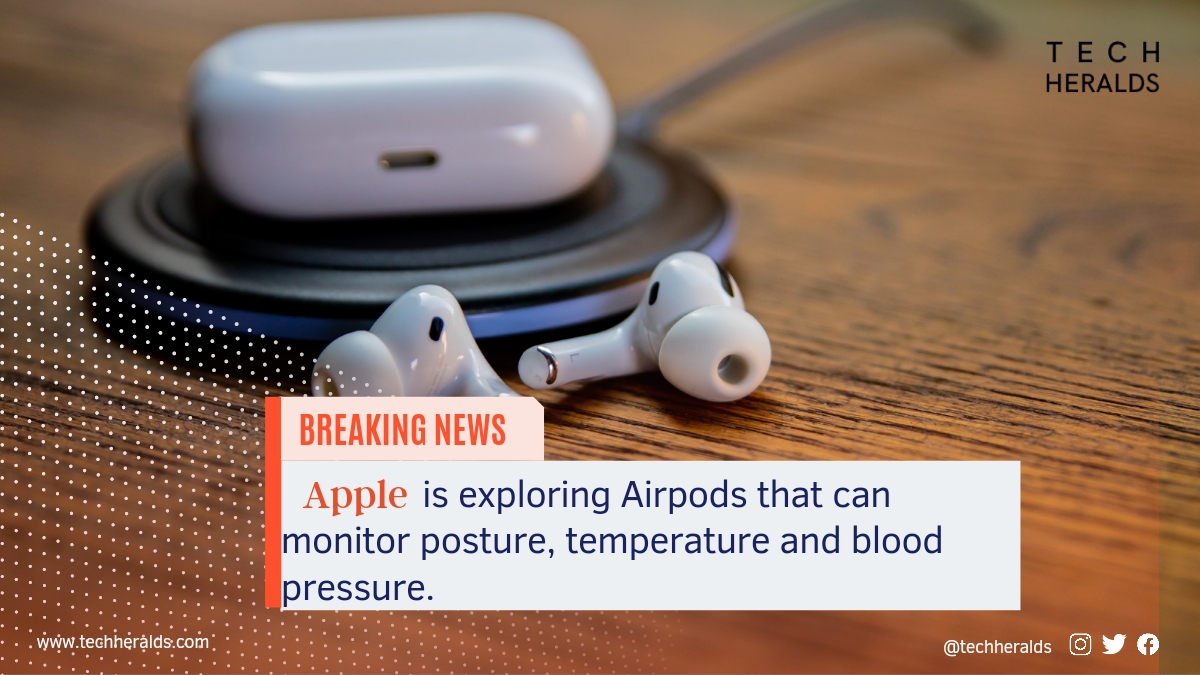 According to a recent report in the Verge, the tech giant Apple is exploring new features that is health-focused to add to its latest Airpods.

The new feature is said to be helpful to monitor user’s posture, temperature while also improving their hearing.

At the moment, Apple is just exploring these ideas. However, there is no confirmation regarding whether the features will actually roll out to Apple’s consumers.

The report further said that the features cannot be expected next year and may never roll out for Apple’s consumers.

Apple is currently exploring new ideas in the health and fitness section. Going by the tech giant’s recent updates Apple threw major attention to health and well-being by introducing several heath related tools and features to its consumers.

The giant tech firm, Apple, is all set to launch its event on October 18.

As per reports, the new Airpods 3 might be dropped at the launch.

The third generation Airpods might be priced higher than its predecessor Airpods 2, the report further said.

The new wireless Airpods are reported to lack Active Noise cancellation (ANC) while expected to flaunt a slimmer look.