JioPhone Next Available On Sale This Diwali At Just Rs 1999, See EMI Options And Phone Specifications 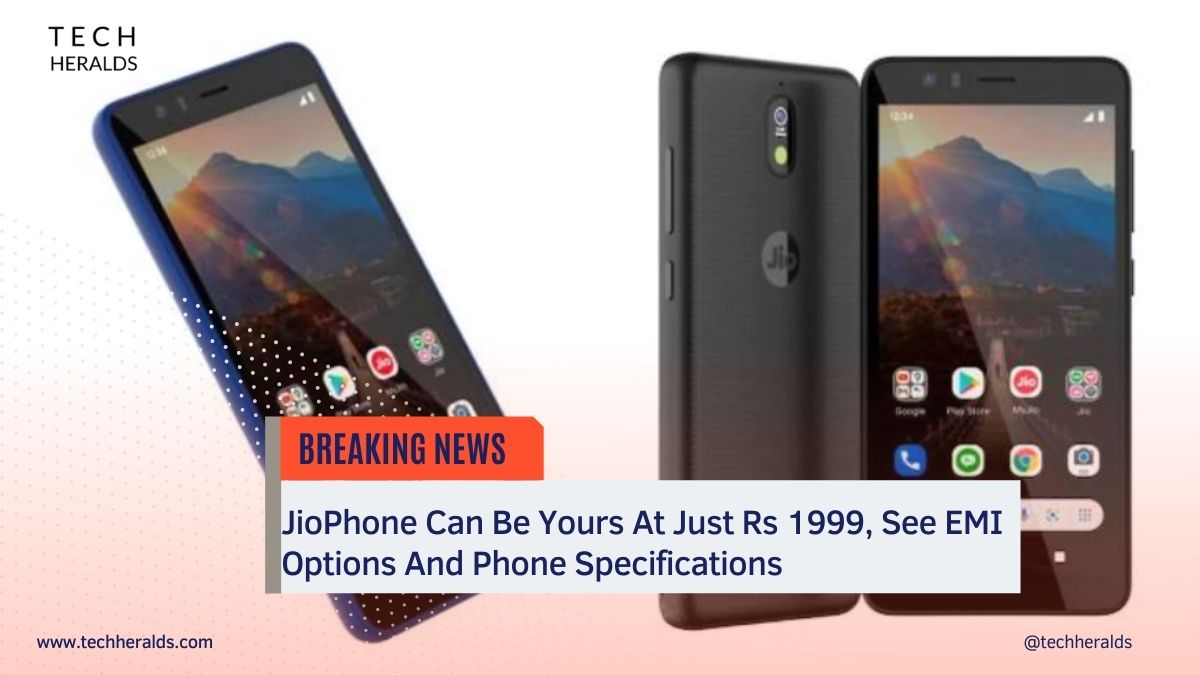 Jiophone Next is all set to be available for sale this Diwali season. Jio has promulgated the price of JioPhone Next, which is Rs 6499. The Mukesh Ambani led company has also prepared a few packages for purchasing the newly released jiophone next and can be bought in easy instalments. Jio and Google have jointly created the JioPhone Next that is packed with valuable features.

JioPhone Next will be available for sale at the price tag of Rs 6499 shortly. Buyers can purchase the phone in easy instalments of 18 months and 24 months or pay the total price in one go. In the case of EMIs, the buyers will have to pay Rs 1999 as a down payment. The rest amount will be converted into easy EMIs.

Jio Group has announced several instalment plans for its customers to purchase the phone without hurting their budget during the festive season.

The JioPhone Next, announced in Jio’s Annual General Meeting conducted in June, is made in a partnership with internet giant Google. The engineering team of Google has especially developed an Android-based operating system called Pragati OS for JioPhone Next. Talking about the camera, the front camera is 5 megapixels. At the same time, the rear camera is 13 megapixels and performs well in low light conditions.

JioPhone Next is powered by a Qualcomm Snapdragon 1.3GHz processor and embodies 2GB RAM and 32GB ROM, which can be further increased according to the need. Some of the phone’s unique features include onscreen text translation in about ten local languages and integrated Snapchat lenses in the default camera app.

‘I am proud that Jio and Google have accomplished this breakthrough phone to the Indian customers, despite worldwide supply chain impediments due to the corona pandemic. I have always been a strong advocate of the strength of the digital uprising to improve, encourage and empower 1.3 billion Indian people. We have demonstrated it in the past with network connectivity. Now we are doing it again with JioPhone Next, said the promoter of Reliance Group Mukesh Ambani while speaking on the context of the JioPhone Next.

The android based phone comes with pre-installed apps (bloatware), including MyJio, JioTv, JioCinema and JioSaavn. The screen size of the phone is 5.5 inch which has a 720 x 1440 screen resolution. 3500mAh battery provides power to the phone.