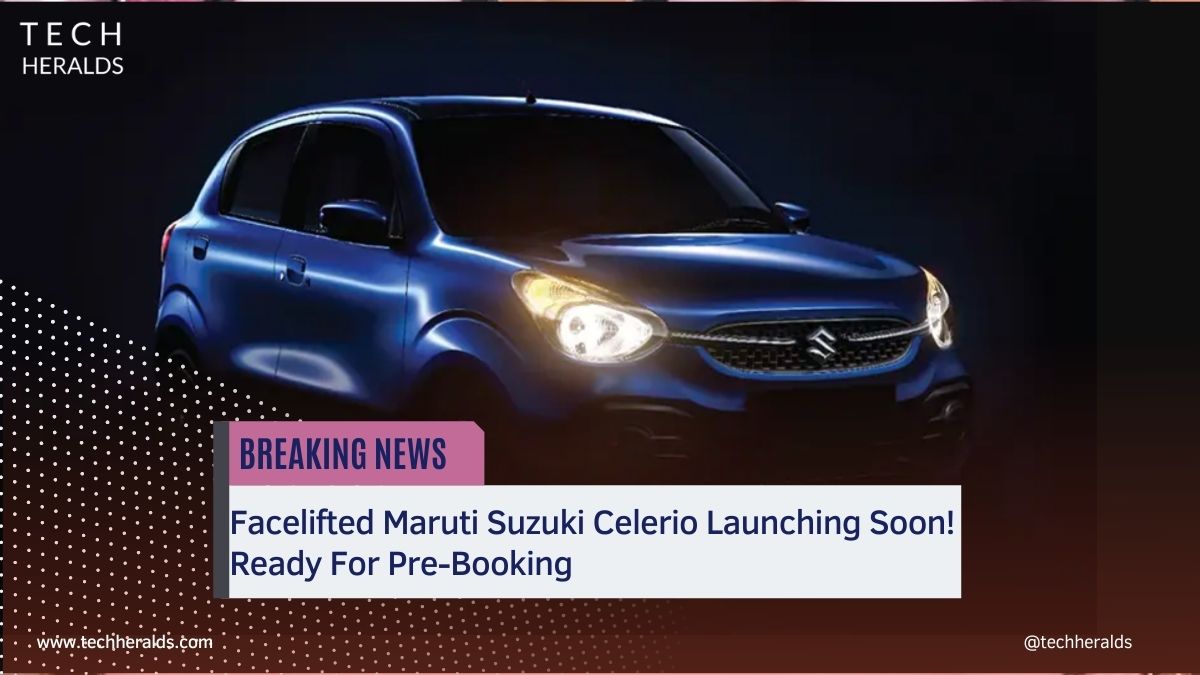 The second-generation facelifted Maruti Celerio is all set to run on the Indian roads shortly. Maruti Suzuki, an Indo-Japanese carmaker, plans to launch the all-new Maruti Celerio on 10 November 2021.

The company has been experimenting with Celerio for the past few months, and the production of facelifted Maruti Suzuki Celerio has finally begun in India at the Manesar plant. Auto dealers across the country are receiving the pre-bookings. The company has announced the pre-booking of Celerio at an upfront price of Rs 11,000.

The hatchback car launched in India in 2014 has remained the mid budgeted and preferred car for Indian customers. Celerio comes in six colours and various fuel options, including petrol and CNG. The revamped model of the Maruti Suzuki Celerio will be powered by 90PS/113Nm 1.2 litre Dual VVT and Dual Jet petrol engine, which is also deployed in Baleno and Swift.

Maruti Suzuki India is asserting a handful of modifications in the interior and exterior design of the car. The carmaker company is also guaranteeing new features for comfort and a better driving experience.

The facelifted version of the Maruti Suzuki Celerio will be built upon the flimsy Heartect K platform. The overall look of the latest Celerio appears a little bulky than the previous model. Given that, the new Celerio model offers bigger cabin space and follows the latest crash test norms.

The front facia look of Celerio has been given a new, fluffy, and curved look with a new grille boasting the Maruti Suzuki logo. The headlamps also seem bulgy, bumpers got broader, making space for more air intake, and the fog lamps can be seen resting between the new chrome structure.

Inside the car, you get to see a 7 inches touchscreen infotainment system, which supports both apple car play and android auto. The cabin also comprises a semi-digital instrument cluster, as seen in Wagon R, and a push-starts on-off button. The steering wheel is mounted with audio controls and a turn indicator.

For safety concerns, the facelifted Maruti Suzuki Celerio is packed with two airbags in the cabin part. Electronic Brakeforce Distribution, Anti-lock braking system, parking sensors, and rear camera can also be seen in the car.

Talking about the rear look of the new Celerio, it has got new tail lamps. The roof narrows down to the back part of the car. The windows also seem more prominent in the facelifted celerio. Wing mirrors come clamped with turn indicators. Also, the wheels have got a redesigned look.

The three-cylinder engine mated to five-speed manual transmission comes as a standard model. However, the company also offers an automatic transmission. Maruti Suzuki proclaims that the Celerio would deliver up to 26 Km/L mileage.

The new Maruti Suzuki Celerio varies from Rs 4.65 lakh to Rs 6 lakh according to the Celerio models. The prices mentioned above of the new Celerio are ex-showroom and might vary in different states.