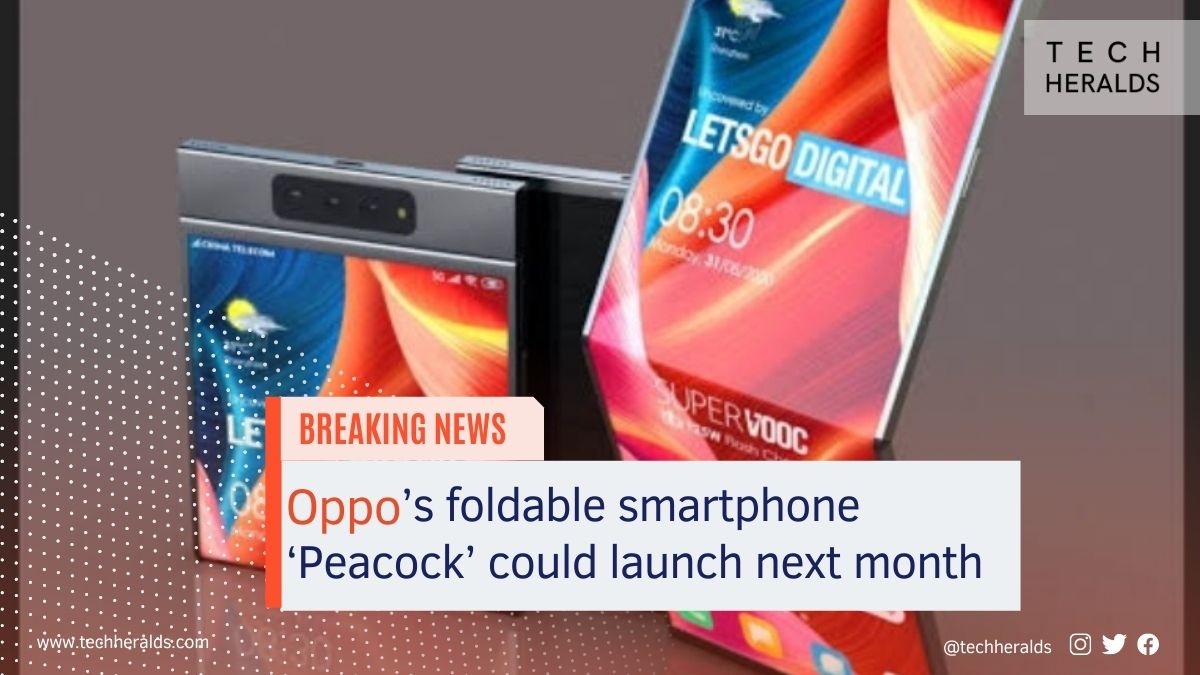 With Samsung having found great success with its range of foldable devices, other manufacturers are now looking to launch their own take on foldable. Oppo could possibly launch its first consumer foldable smartphone as early as next month. As per a post on the Chinese forum site Weibo, Oppo’s foldable device, which is currently codenamed Peacock, is expected to launch in December.

The Oppo ‘Peacock’ is speculated to be powered by the Qualcomm Snapdragon 888 processor, according to the leak. The smartphone may also have an 8-inch 2K display with support for 120Hz refresh rate with a 4500mAh battery and 65W fast charging, according to GizmoChina.

The report also talks about a 50MP camera on the back and a 32MP front camera. It is not clear how many rear cameras Oppo will pack on its foldable phone. Oppo is also speculated to launch another flagship early next year in 2022, which is codenamed ‘Butterfly’. This one will be powered by the Snapdragon 898 and could be part of the premium Find X series.

The Oppo ‘Peacock’ won’t be the company’s first phone that it has showcased which sports a flexible display of some kind. It has previously showcased Oppo X 2021 in November 2020 which had a rollable display that can go from 6.7-inches to 7.4-inches in width, depending on how the user would roll it out. The phone had a “Continuously variable OLED display,” according to the company.

Unlike other foldable screens where a crease is visible, Oppo X 2021’s rollable display did not have any such issues. Oppo also revealed that they filed 122 patents for this phone and nearly 12 patents for the screen alone.

Keep in mind that the Oppo X 2021 was a concept phone, which did not hit the mass markets. We will have to wait and see if things change with the ‘Peacock’ this time around and whether it is made available for all consumers. It will be interesting to see how Oppo adopts the foldable screen and whether it will be a similar to the Galaxy Z Fold.