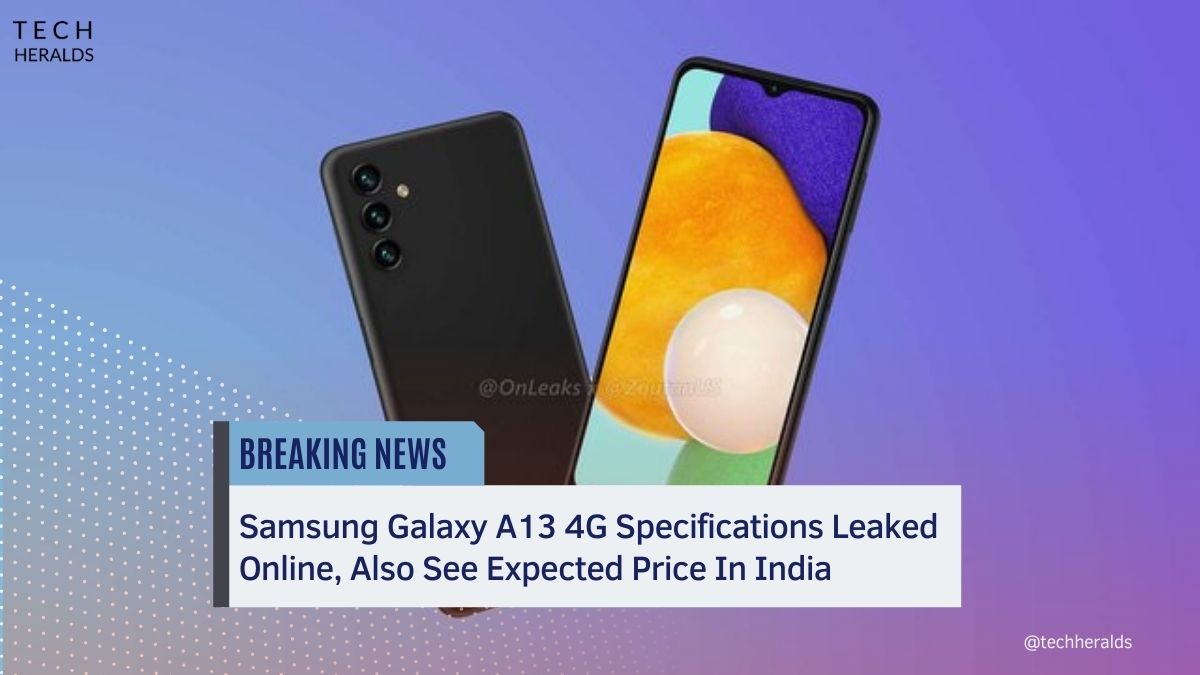 The Samsung Galaxy A13 4G main specifications have been leaked on the internet. Additionally, 91mobiles, a gadget review portal, has received information indicating that the Korean technology giant Samsung has begun manufacturing the Samsung Galaxy A13 at its India factory, which is located in Greater Noida.

The news about Samsung Galaxy A13 4G comes as an addition to the industry insider reports that suggested Samsung was about to introduce a new mobile phone to its A series named as A13 5G.

The back side of Samsung Galaxy A13 4G has a plastic made panel and has a glossy finish similar to that seen on almost all other mobile phones. Ideally, the A13 4G will include a USB Type-C charging connector, and the phone should be capable of fast charging. Other characteristics that have been disclosed include a 3.5mm headphone jack and a speaker grille. The images of the Samsung Galaxy A13 4G show that the phone’s volume rocker and power button will be positioned on the right edge of the device.

Specifications for the Samsung Galaxy A13 5G.

Furthermore, the technical details of the Samsung Galaxy A13 5G have been leaked on the internet. According to reports, the A13 5G will have a 6.48-inch full-HD+ LCD with a waterdrop notch on its display. The smartphone may also be powered by the Mediatek Dimensity 700 processor, according to reports.

The CPU behind the hood would be combined with 4GB/6GB of RAM and 64GB/128GB of internal storage in order to provide a complete package. In recent weeks, a few photographs of the Samsung Galaxy A13 5G that seemed to be legitimate went popular on the internet. Following the photos, the smartphone should include a waterdrop-style display notch and triple back cameras, according to the report.

The back camera system is comprised of a 50MP primary camera, a 5MP ultrawide camera, and a 2MP depth sensor, according to the manufacturer. The smartphone is rumoured to launch with a battery that is 5,000mAh in capacity and capable of 25W fast charging.

With a 48MP primary camera, the Samsung Galaxy A12 was the immediate predecessor of the upcoming gadget, which placed it at number seven in terms of worldwide shipment during the first quarter of 2021. The Galaxy A12, a low-cost smartphone from the Korean electronics giant, was introduced in November.