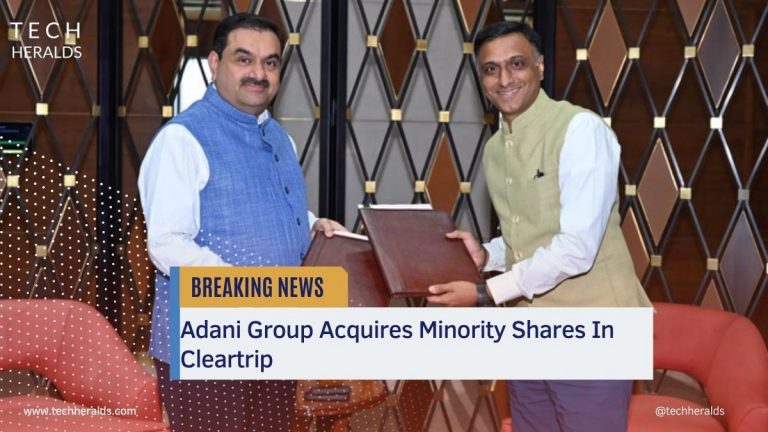 Gautam Adani owned Adani Group declared that it will acquire considerable minority shares of online travel aggregator and booking platform Cleartrip, which is operated as a subsidiary of India’s e-commerce giant Flipkart.

Walmart owned Flipkart Group acquired a 100 percent stake in Cleartrip, a prominent and oldest player in the online bookings business in India. The Cleartrip, a brainchild of Stuart Crighton, Matthew Spacie, and Hrush Bhatt, was passing through hardships when Flipkart Group decided to reinvigorate it. The payment toward the acquisition was a combination of cash and equity. Acquisition of cleartrip increased its then market value to approximately $40 million.

The faltering aviation industry is regaining its prosperity after post-pandemic restrictions were lifted off. Domestic and international traveling bans are mostly retracted now. With that said, the aviation industry has been seeing an upsurge in traveling and ticket bookings.

It’s pretty sure the partnership with cleartrip will help Adani Group and cleartrip to get an edge over other powerful rivals, including MakeMyTrip and Goibibo. As of now, Adani Group is the hugest airport operator in the country, having operational management of India’s second busiest airports Mumbai, Ahmedabad, Guwahati, Lucknow, Jaipur, Thiruvananthapuram, and Mangaluru.

What Gautam Adani Has To Say About Cleartrip Stake Acquisition?

Gautam Adani shared a message on the micro-blogging site Twitter attached with a picture of his and Kalyan Krishnamurthy stating he is delighted to extend partnership with Flipkart. Logistics, Data Centers, and now Travel. He further said revitalizing the travel industry will produce thousands of employment opportunities in the post-pandemic time. The investment will enrich the collaboration between the Flipkart group and Adani Group, he added further.

Kalyan Krishnamurthy, who serves as CEO at Flipkart, also reacted to the stake acquisition, saying Flipkart is committed to providing opportunities to help the customers meet up their aspirations. As Travel is getting back on track, cleartrip will emphasize providing better travel experiences to its customers. He further added, we are toiling hard to bolster our relationship with the Adani Group and will analyze options for expanding our offering for customers, utilizing their sturdy travel infrastructure.

With the partnership with the Adani Group in segments such as Travel and additional value-added services, cleartrip intends to provide its customers an unmatched travel experience and boost its growth.

Flipkart has previously approved a treaty with the Adani Group in April 2021 to construct one of the giant retail storehouses in India. Adani Logistics Ltd. is erecting a 534,000-square-feet fulfillment hub — approximately the size of 11 football grounds — in Mumbai and will rent out it to Flipkart as the giant e-commerce platform is optimistic about increasing its market share in the near future.