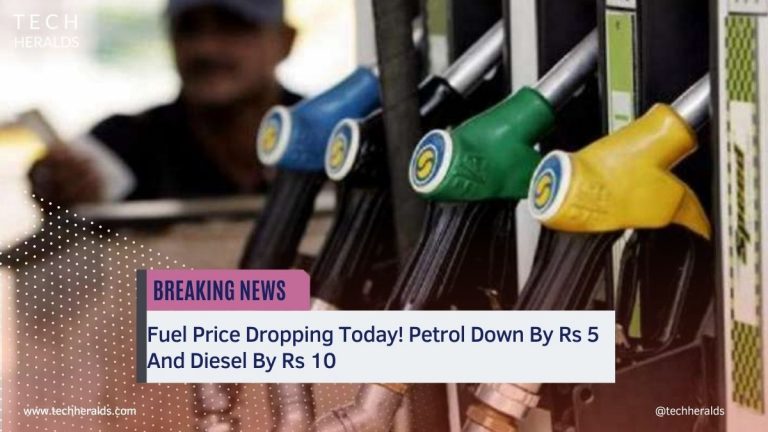 The central government of India has decided to reduce fuel price by cutting off the excise duty levied on petrol and diesel from today. The decision comes as a Diwali gift to the Indian people who celebrate Diwali with fervour.

Starting from today, the prices of petrol and diesel will be decreased by Rs 5 and Rs 10 respectively. The excise duty tax decreased on diesel is twice the excise tax reduced on petrol. The tax reduction will significantly help farmers in commodity transportation during the upcoming Rabbi harvesting time; the central government expressed its faith in an official declaration.

The constant upsurge in fuel price including petrol diesel prices irritated the Indian people and eventually pushed them toward market inflation. Until the last day before the central government declared a reduction in excise duty, the prices of both petrol and diesel were only increasing across the states of India.

The fuel prices in most of the metro cities of India have been sailing over 100 rupees consecutively since the last months. Petrol was priced over Rs 1008 per litre, while diesel was priced at Rs 98.42 per litre.

Rahul Gandhi, former president of the Congress Party, expressed his resentment over his Twitter handle in Hindi. His tweet written in Hindi suggests Indian people be aware of the pickpocket, followed by the #TaxExtortion hashtag in his tweet. Rahul Gandhi further presents a report that purportedly shows the petrol prices have exceeded Rs 120 per litre in some parts of India. According to the same report, the central government had gathered Rs 2.58 lakh crore tax in 2018 and Rs 2.3 lakh crore in 2019.

Tax reduction declaration comes as a shadow in the scorching heat for the Indian people struggling with inflation. However, the declared tax redemption would not be immediately lower down the fuel prices. Rs 5 reduction on petrol and Rs 10 on diesel prices would not significantly change for common people.

The world has not yet fully recovered from the corona pandemic. There are still some travel restrictions that have to be followed. Along with that, the market volatility adds up to the fuel price per barrel. Central Government and State Government taxes are also the local level yet crucial factors that increase the fuel prices. So, the tax reduction is not going to keep the fuel prices stagnating in the long term.

The central government anticipates that the price reduction on diesel and petrol will boost consumption and inflation low. India holds the third biggest rank in oil imports and fulfils its 85 per cent of needs from the other countries.