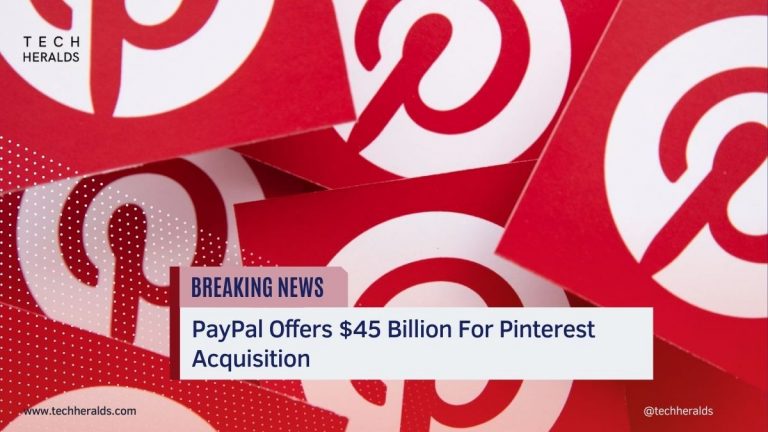 Top officials linked to Paypal and Pinterest have revealed that Paypal is exploring possibilities for Pinterest acquisition. According to the officials who have direct information of the deal, Paypal has put an offer to buy Pinterest for $45 billion.

Pay Pal has been looking for more and more acquisitions to embolden its presence and open up new streams to its revenue reservoir. Acquiring Pinterest would mark the biggest deal for Paypal in its history if the offer is translated into legal papers. However, the deal is still under consideration and some people involved in the initial talks alerted that it would be too early to reach any conclusion.

The Internet has been evolving rapidly and the netizens are quick to adapt to new technology. It is a well-known fact that people are inclining towards online shopping. Netizens often purchase products they come across on social media particularly on Instagram and YouTube.

Pinterest is an online scrapbook and image sharing service that lets its users browse through images often leading them to origination sources. Users share pictures of outfits, home decor products and design ideas on Pinterest. These shared pictures are linked to their original website where these products can be purchased.

Pay Pal, who is on an acquisition spree, finds the potential of Pinterest favourable to its strategies to become a one-stop solution in the e-commerce industry. Pay Pal could leverage the Pinterest user base to accelerate its payments volume if it succeeds in Pinterest acquisition.

‘PayPal and Pinterest consolidation would be a substantial raiser for PayPal’s ceaseless monetization efforts on its consumer and merchant destinations, incredibly if the photo-sharing application is incorporated with Honey’s AI into PayPal platforms,’ Wedbush reviewers mentioned in reports.

Pay Pal saw an astounding upsurge in its user base and eventually share price during the lockdown phase where people leaned on online shopping heavily. Paypal’s share price went up to 36 per cent in past one year, increasing its market value to approximately $320 billion. The boosted share price is more than enough for PayPal to acquire Pinterest and several other platforms which are on its radar.

On the other hand, Pinterest had a market capitalisation of $13 billion at the time it went public in 2019. Like Paypal, Pinterest too saw significant growth in its userbase, but later Pinterest reported the egression of its users, especially locals of the USA, as the lockdown ameliorated. However, Pinterest has stated that it anticipates revenue boost specifically through engaging with existing users than bringing new ones on the platform.

Paypal’s offer price for Pinterest acquisition includes a 26 per cent bonus to Pinterest’s share price of $55.58 recorded on Tuesday. According to Eikon, a financial information aggregator application, Paypal’s offer price is equivalent to 62 times Pinterest’s income before excluding taxes, depreciation, interests and amortisation spanning between the last 12 months.