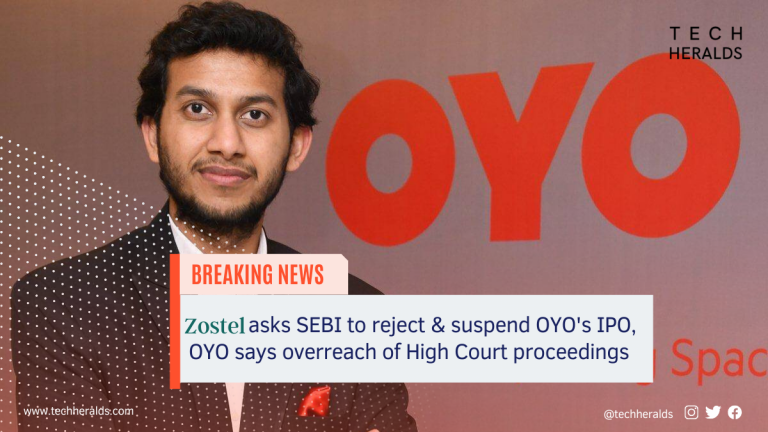 Zostel Hospitality, the parent company of Zo Rooms, has written to SEBI seeking suspension of theproposed initial public offering (IPO) of Oravel Stays, which runs OYO, Zostel has reiterated its stand that the DRHP is ultra vires and the IPO is “not maintainable” as the capital structure of OYO is not finalised yet. “The DRHP is replete with material omissions and blatant misstatements, intended to mislead the public into investing into Oravel’s shares without appreciation of the risk involved,” the letter to SEBI said.

Zostel told SEBI that the management, the directors, the officers and the independent directors of Oravel, as well as book-running lead managers of the IPO, have been “derelict in their duty” to carry out necessary due diligence in the matter, resulting in their failure to ensure Oravel’s adherence to the norms and regulations.

Responding to the letter, OYO in its statement has called Zostel’s move as an attempt to overreach Delhi High Court’s proceedings. “After multiple attempts in the courts and arbitration tribunal, Zostel’s communication shows unnecessary and repetitive efforts to create a wrong perception. This shows a pattern of Zostel trying to distract OYO from pursuing its business goals,” it said.