Tata’s semiconductor plant could soon be turned into a reality.  Several news outlets have stated that the Indian multinational business conglomerate Tata Group is in discussions with three states about establishing a semiconductor assembly and testing facility at the cost of $300 million, or about Rs 22,352,118,000.00.

Tata’s semiconductor plant is part of its strategy to strengthen its high-tech semiconductors manufacturing industry, often known as chip manufacturing. India’s current semiconductor demand is estimated to be worth roughly $24 billion, and it is expected to reach a value of $100 billion by 2025.

Semiconductors have become an indispensable component in today’s modern gadgets that provide human beings with comfort, luxury, and security. For example, remote control devices that we use to operate televisions and air conditioners, infotainment systems and vehicle auto-piloting features, and laser treatment machines used in the healthcare industry are just a few examples of the wide range of applications that semiconductors can be used for. Furthermore, advancements in semiconductor technology have resulted in increased system efficiency, miniaturisation, and energy savings, all of which contribute to the preservation of the global environment and the achievement of a safe and comfortable life and the creation of a prosperous future.

Tata’s semiconductor plant is still in the early stages of development. The company is now in discussions with Karnataka, Telangana, and Tamil Nadu about how to continue. When it comes to semiconductor production, Tata Group is looking into the possibility when both global and Indian firms are experiencing a scarcity of semiconductors.

According to CRISIL, a rating agency, a shortage of semiconductors has resulted in a massive reduction in passenger vehicle manufacturing by 11-13 per cent. CRISIL gathered and analysed data from three leading Passenger Vehicle Original Equipment Manufacturers in India. They together have a combined market share of 71 per cent, to arrive at its conclusion.

According to the sources, who spoke on the condition of anonymity because they did not want their identities revealed, Tata’s semiconductor operation would be an outsourced semiconductor assembly and test unit. The Tata group is also seeking a suitable location and piece of land for the semiconductor project; the location will be decided by next month, according to further information from insiders. The Tata Group’s semiconductor facility will be involved in packing, assembling, and testing silicon wafers that have been produced by foundries, as well as for converting them into completed semiconductor chips.

Additionally, tata’s semiconductor plant is slated to begin operations late next year. According to the source, it may employ up to 4,000 people, who added that the availability of competent labour at a reasonable price was critical to the project’s long-term survival. Firms such as Intel (INTC.O), Advanced Micro Devices (AMD.O), and STMicroelectronics are potential customers of Tata’s On-Site Automation Technology (OSAT) business.

According to reports, the Tata Group, which already owns a leading software company in India called Tata Consultancy Services, has previously indicated an interest in entering the semiconductor manufacturing market. The rumours from many sources concerning Tata’s semiconductor facility and its size have increased the chance that its new venture would be implemented on a large scale.

In addition to software, the source said that “hardware is something they (Tata) are interested in adding to their portfolio, which is extremely crucial for long-term growth.”

N. Chandrasekaran, the chairman of Tata Consultancy Services, has previously said that the TCS group has interests in everything from automobiles to aircraft and that the company aims to engage in high-end electronics and digital industries.

It is expected that the Tata Group’s entry into semiconductor assembling and testing will strengthen Indian Prime Minister Narendra Modi’s “Make in India” initiative for electronics manufacturing, which has already assisted the South Asian nation in becoming the world’s second-largest manufacturer of smartphones.

Apart from Tata’s semiconductor plant, the group is also constructing a high-tech electronics manufacturing complex in the southern state of Tamil Nadu, which is separate from the other projects.

Also Read: No High Court relief for Tatas on use of their trademark as crypto coin Tata Coin or $Tata 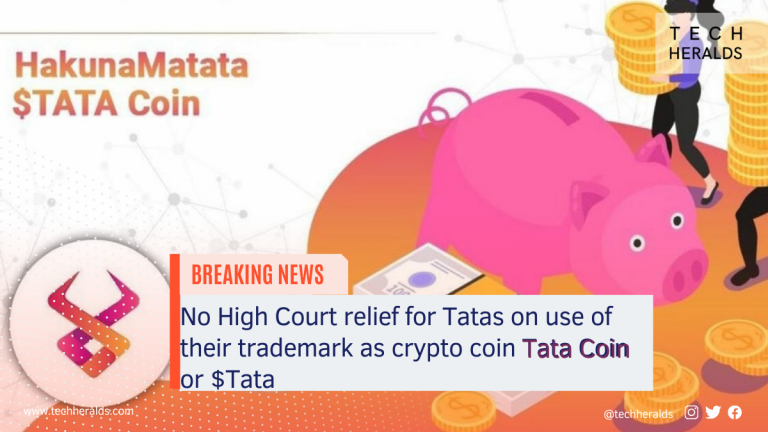 Bitcoin may even be a family identity by now, but there are numerous other cryptocurrencies that exist. Ever heard of a cryptocurrency bearing the emblems ‘Tata coin’ or ‘$Tata’?

Tata Sons, the holding firm of the Tata companies, was unsuccessful in its bid to hunt a everlasting injunction from the Delhi excessive court docket restraining Hakunamatata Tata Founders and others from utilizing the trademark ‘Tata’ as a part of identity under which a crypto currency was created getable to the overall public or as a region of their company.

The domains tatabonus.com and hakunamatata.finance that enabled the acquisition and sale of the ‘Tata’ cryptocurrency had been organized in june month of 2021. the reason Tata Sons couldn’t succeed is as a results of it couldn’t show the satisfaction of the court docket that the international events (the defendants) meant to specialise in Asian nation as a purchaser base.

The defendants on this lawsuit, filed by Tata Sons with the Delhi excessive court docket, had been corporations primarily based inside the U.S.A. and also the United Kingdom with no Asian nation presence. they’d been positioned outdoors the sovereign borders of Asian nation and statutorily outdoors the attain of the Commerce Marks Act, 1999 and also the Code of Civil method, 1908. On this scenery, the “intention to specialise in india as a purchaser base was of overriding significance” for Tata Sons to form its case.

“The mere proven fact that the defendants’ cryptocurrency may well be bought by purchasers positioned in india which, in consequence, the plaintiff’s model value may even be diluted, even seen cumulatively, can’t for my half justify this court docket meddlesome with the defendants’ actions, or with its model or mark,” control Justice C Hari Shankar.

Apparently, the defendants’ cryptocurrency might all right be bought — utilizing the QR Code and also the methodology indicated on the defendants’ data processor — by a purchaser positioned where on the planet. This issue thanks to this truth, too, can’t suggests any acutely aware that specialize in of the Indian purchaser base by the defendants. Nor do the online sites or social media accounts show any intent to specialise in purchasers coated by the excessive court docket’s jurisdiction. “If in any respect they aim purchasers, they aim purchasers internationally,” the opt for noticed .

Tata Sons didn’t reply to emailed question on the matter. Sources said that Tata Sons is considering to pursue this case inside the united kingdom court docket. 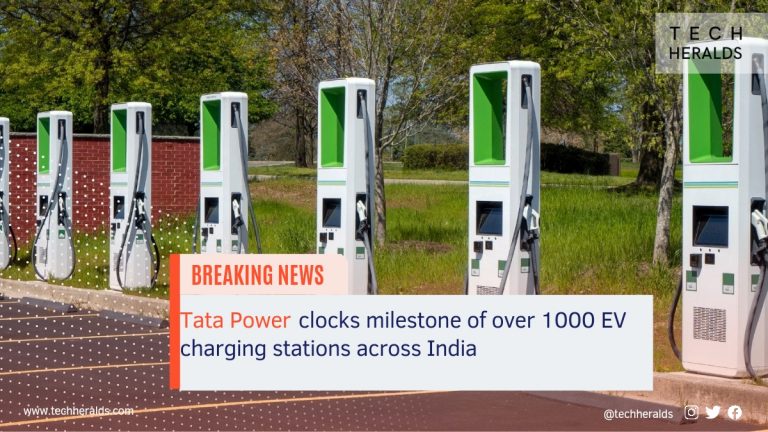 Earlier this month, Tata Power and TVS Motor Company, one of the leading manufacturers of two-wheelers and three-wheelers globally, signed on a strategic partnership to drive the comprehensive implementation of Charging stations – EVCI across India and deploy solar power technologies at TVS Motor locations.

The partnership aims to create a large dedicated electric two-wheeler charging infrastructure to accelerate electric mobility in India. Tata Power has touched a new milestone with now having a network of more than 1000 Electric Vehicle (EV) charging stations across the country.

The stock has jumped nearly 9% with an intraday high of Rs.232.40 per piece in the early deals of the same index.

Tata Power EZ Chargers ecosystem covers the entire value chain of Public chargers, Captive chargers, Bus/ Fleet chargers and Home chargers.“We have started the first of our many milestones towards enabling the EV revolution in the country through the successful deployment of over 1000 EV charging points in the public domain.

This makes Tata Power the country’s largest EV charging solutions provider. Our innovative and collaborative approach has made a significant impact in developing this ecosystem and encouraging EV adoption in the country. We remain committed to playing a key role along with other stakeholders in achieving the national goal of transition to green mobility,” said Dr Praveer Sinha, CEO & MD, Tata Power.

Right from the first chargers that were installed in Mumbai, Tata Power EV charging points are now present in nearly 180 cities and in multiple State and National highways under various business models and market segments.

The Company is planning to have a base of 10,000 Charging Stations as also to enable whole stretches of highways into e-highways across the length and breadth of the country with the increase in Electric Vehicle adoption, the company has also expanded its footprint into the electric 3-wheeler and 2-wheeler charging market.

Earlier this month, Tata Power and TVS Motor Company, one of the leading manufacturers of two-wheelers and three-wheelers globally, signed on a strategic partnership to drive the comprehensive implementation of EVCI across India and deploy solar power technologies at TVS Motor locations.

Tata Power has collaborated with Original Equipment Manufacturers (OEMs) to roll out EV charging infrastructure and aims to expand its presence further in many cities of India.