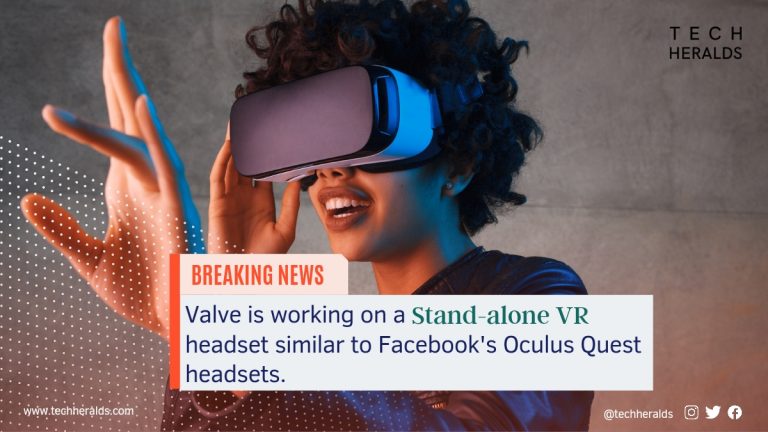 Valve is reportedly developing a second VR headset with a standalone design similar to the Facebook’s Oculus Quest headsets.

The device was named “Deckard”.To prove his claims, Brad Lynch cross referred against the recent patent applications of the company.

Ars Technica confirmed that most of the Brad Lynch’s findings are true and accurate that valve is developing the second headset’s prototype.

The company’s first VR headset names the valve index was released in 2019. The second headset in development by valve could possibly have a built-in processor which will allow it to work without using cables to connect it to the PC.Valve aims to track movements without using external base stations.

The claims made by both Ars Technica and Lynch regarding the valve’s second headset broadly lines up together.These claims include the term “Stand-alone’ which suggests that it might have internal processing power, which inturn would allow it to function on its own without using a cable to tether to the PC.

The reference also suggests the new headset might have wireless connection, potentially via Wi-Fi.Ars Technica also reports that for better comfort and performance, the headset’s lenses would be positioned closer to the user’s face.

Valve’s first headset stream Deck console runs on semi-custom AMD processor.Valve expressed that the current console stream Deck is not optimised for VR but it shows interest in using the processor in a standalone VR headset.

Valve developing something internally does not guarantee a commercial release but hopefully the Deckard might one day make it to the market.