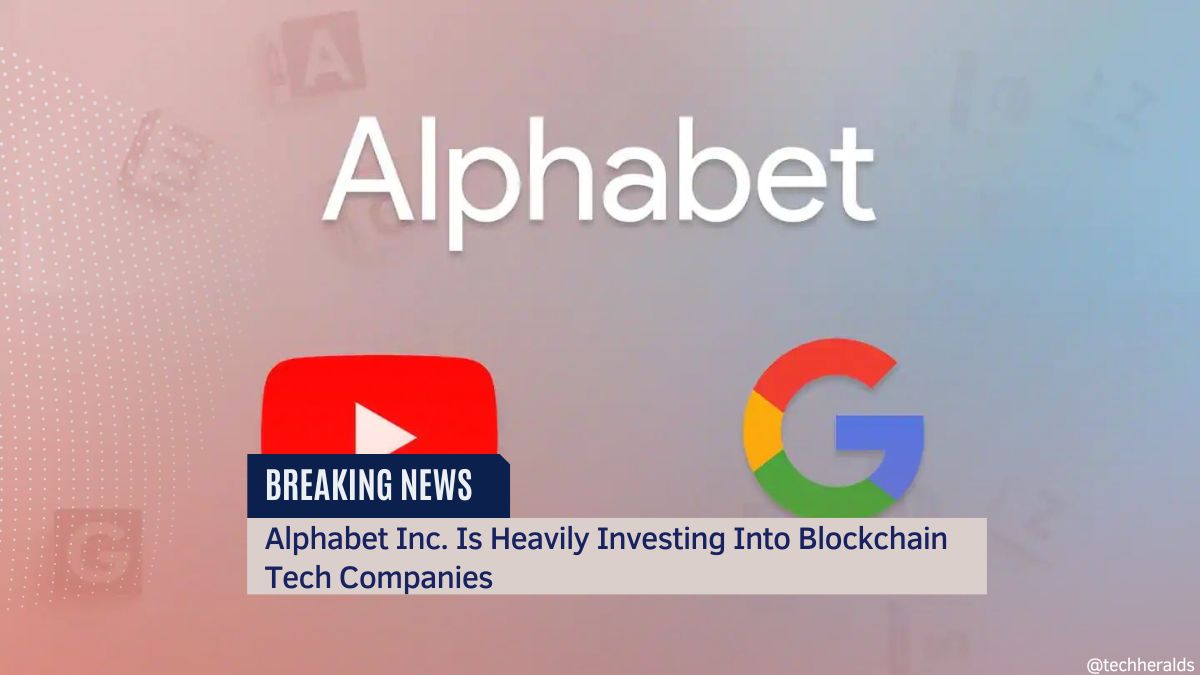 The recent history of blockchain has been marked by the rapid expansion of cryptocurrency and the rise of its applications. Many organizations have dedicated themselves to advancing this new paradigm and making it a reality. Alphabet Inc., one of the largest multinational tech giants, appears to be investing more money in cryptocurrencies and blockchain technology.

It seems reasonable that institutions and the general public are using digital assets more frequently these days. The growth of the crypto gospel and the efforts of several organizations have led to an increase in the number of blockchain application cases.

According to Blockdata, a data source located in the Netherlands, Alphabet Inc has invested in these companies four times. Since September 2021, Alphabet has invested more than $1.5B in blockchain startups that are focused on improving the efficiency of their product or service delivery processes through this emerging technology.

Global investments in blockchain technology increased by 30% over the past year. This figure is more than double that of 2018 and shows no sign of slowing down. It is also predicted that by 2023, the usage of cryptocurrencies will have grown by 800% worldwide. The majority of investors are turning to digital assets as the global financial landscape experiences difficult times.

Morgan Stanley, Samsung, Goldman Sachs, PayPal, LG, and Microsoft are among the further listed businesses. Additionally, institutions including Citi, Wells Fargo, and Commonwealth Bank have invested in blockchain startups. Speaking on the subject, a supporter emphasised how banks are among the most well-known investors in blockchain and cryptocurrency companies.

The use of cryptocurrencies is growing at an astonishing rate. As more people learn about their benefits, they have begun to invest in them. The most recent example of this was the announcement that BlackRock, one of the largest asset managers in the world, would offer a spot Bitcoin private trust to its American clients.

The recent agreement between BlackRock and Coinbase showed that cryptocurrencies are receiving more attention than most people know. BlackRock introduced a spot BTC private trust one week after announcing a cooperation with Coinbase. This action would expose its American clients to Bitcoin. Being the biggest asset manager in the world was a major accomplishment for the bitcoin sector.