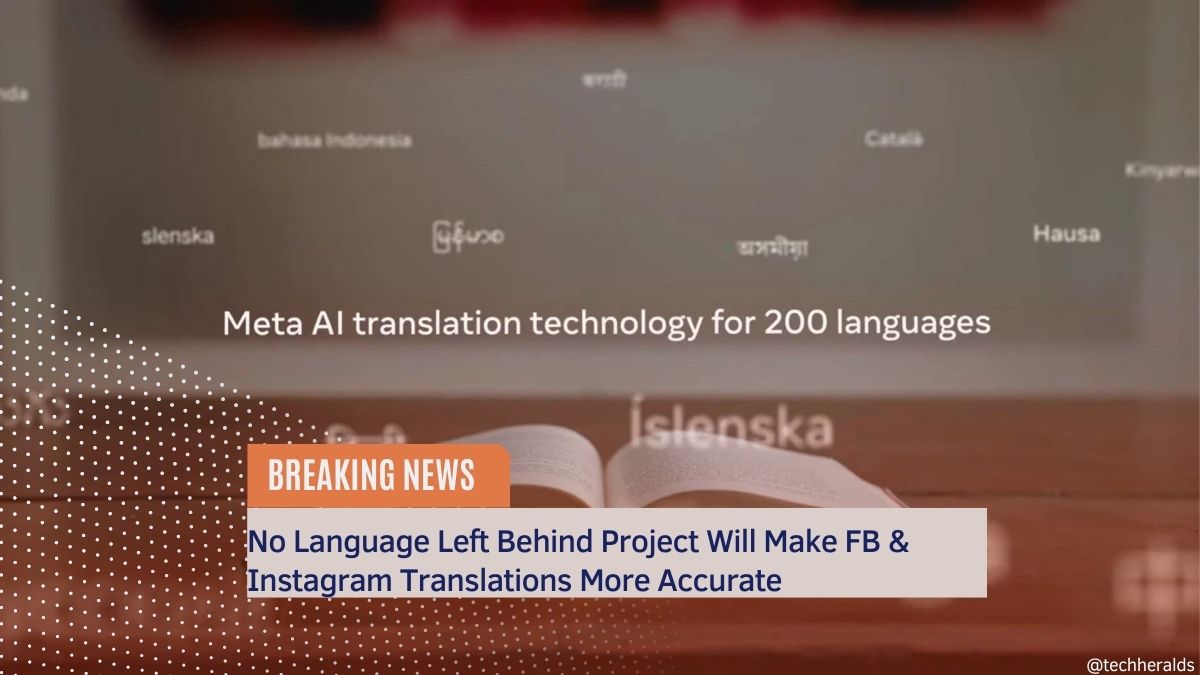 A new project at Meta called No Language Left Behind is helping people connect with each other across languages and cultures. The social media conglomerate which owns Facebook and Instagram has developed a single AI model that is capable of translating across 200 distinct languages. Many of those languages are not supported by the commercial tools that are available at the moment, including several obscure languages that have little digital resources.

The corporation has decided to release the No Language Left Behind project code for the project into the public domain in the expectation that other organisations may improve upon it. The artificial intelligence model is being developed as part of an enormous research and development initiative being undertaken by Meta to construct a so-called “universal speech translator.”

The world is becoming increasingly globalized, and people are trying to communicate more easily with one another. The result is that the world’s languages are proliferating, and there are far fewer resources available to translate them all.

One way to help solve this problem is through machine translation. In fact, Meta has already developed a number of AI models to assist in this effort. One such model, called NLLB (No Language Left Behind), was developed by researchers at Meta.

Meta has also recently begun developing two new machine translation projects for the purpose of making it easier for individuals who speak languages that are uncommon or have limited resources available to connect with one another.

Mark Comments On No Language Left Behind Project

Mark Zuckerberg, founder and CEO of Meta, said that the company’s goal is to assist users in improving their connections in the present while also preparing them to participate in the metaverse of the future. Researchers working on artificial intelligence at Meta developed a project called “No Language Left Behind” (NLLB), which is said to be capable of translating more than 200 distinct languages at this point.

The AI modelling approaches that we employed from No Language Left Behind are assisting us in producing high-quality translations on Facebook and Instagram for languages that are spoken by billions of people all over the globe.

In order to ensure that the experiences are accessible to everyone, Metaverse has developed FLORES-200, a dataset that provides researchers with the ability to examine the performance of this AI model in 40,000 distinct language directions. This will help create better evaluations and improve NLLB-200’s capabilities.

According to Meta, there are less than 25 African languages that are covered by the translation technologies that are now accessible. The newly discovered information could reduce the likelihood of these negative outcomes and enhance user experiences. Metaverse has the capability of developing technologies that function effectively in a greater variety of languages, which will contribute to the democratisation of access to immersive experiences inside virtual worlds.