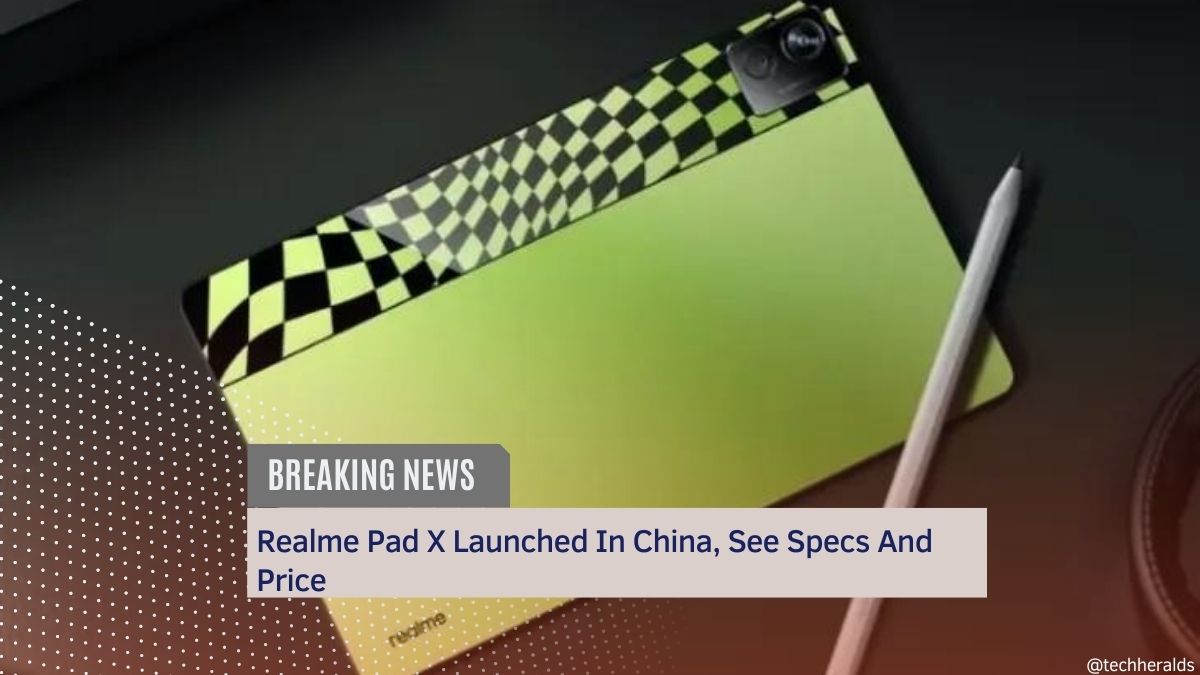 The Chinese tech brand Realme has launched its latest tablet in the native market. The Realme Pad X has a 2K display, a Snapdragon 695 CPU, up to 6GB of RAM, an 8,340 mAh battery, and compatibility for 33W charging. When compared to the Realme Pad and Realme Pad Mini tablets released by the company in India, it has a completely new design.

The Realme Pad X has a high-resolution 2K display that has been certified as having low blue light exposure. The tablet also supports touch sampling rates of up to 240Hz, which makes it very responsive to touch.

The processor is Snapdragon 695, which is not the latest chipset available in the market but it justifies the price tag. Also, the rumor mill hints that the tab might launch with a Snapdragon 870 chipset. The device comes with up to 6GB RAM and 128GB storage at its maximum capacity. Using a microSD card, you can increase the amount of virtual RAM by up to 5 GB and increase the amount of internal storage by up to 512 GB.

The Realme Pad X 5G comes with an 8 megapixel front camera for taking selfies and making video calls, as well as a 13 megapixel rear camera for capturing photos and videos. It has support for Dolby Atmos and High-Resolution Audio, as well as four speakers.

The tablet comes in three different colours: neon green, blue, and black. The design is similar to that of the Oppo Pad, but with a few minor variations here and there.

The Realme Pad X 5G will be available with support for stylus and has been designed with flat edges on both sides of the device.

Recently, Madhav Sheth, who works for Realme, sent a tweet in which he hinted that the company would introduce the Realme Pad X if a certain need was met. In order to fulfil the criterion, the teaser tweet needed to get three hundred retweets.

Madhav’s tweet has so far received 526 retweets, which clearly passes the number Madhav had asked for. Given how quickly Realme’s India head was teased after the Pad X was introduced in China, it is possible that the debut in India may take occur very soon. In India, the Realme Pad X will be available for purchase alongside the original Realme Pad and the Pad Mini.