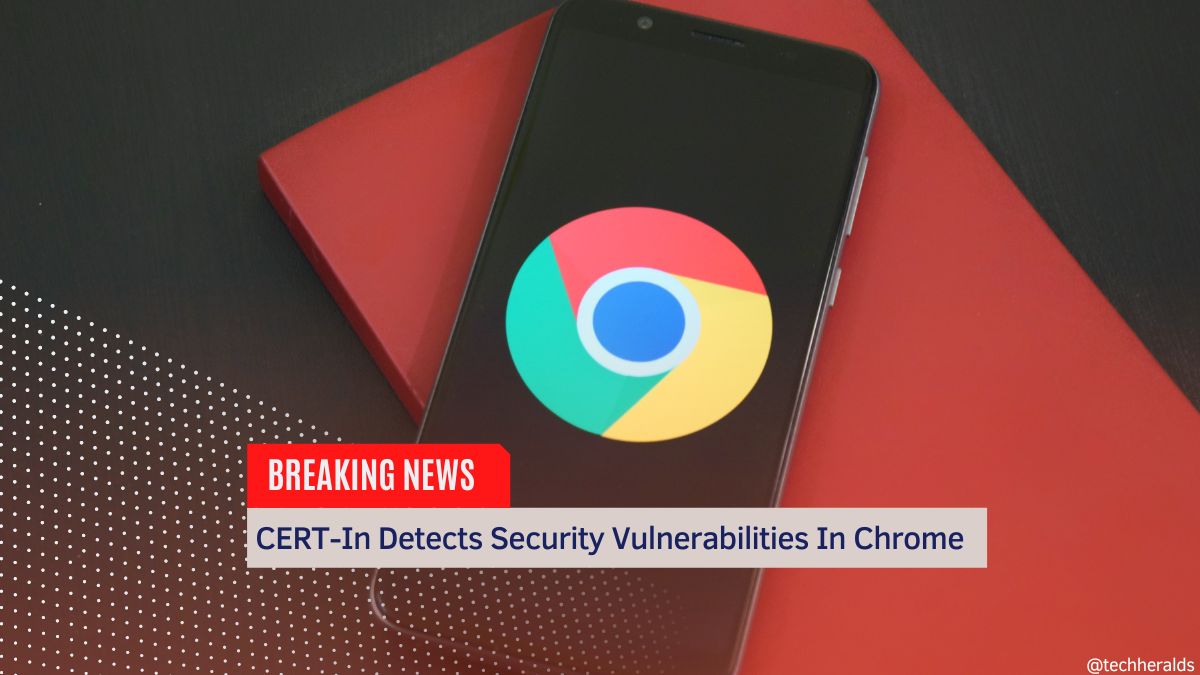 CERT-In, The Indian Computer Emergency Response Team, has urged the millions of users who use the Chrome browser on their computers to update their browsers immediately. The warning comes after the CERT-In found security vulnerabilities in Chrome.

The cyber security organisation Indian Computer Emergency Response Team (CERT-In) stated on their website that “Successful exploitation of the newly discovered vulnerabilities in chrome may allow a remote attacker to execute malicious code in the context of a web browser, steal data, circumvent security constraints, and cause a buffer overflow on the targeted machine.”

Google has given admission that it is aware of a security issue in Chrome and has identified a patch to fix it. The company says it is currently working on distributing a new version of Chrome that will resolve the issue. Still, users may have limited access to problem information and links until most users update to the latest security patch.

According to Google’s official statement, “we will keep limitations if the fault remains in a third-party library that other projects similarly rely on but has not yet been resolved.”

Also Read: WhatsApp On Multi-device Will Soon Be Possible

The agency said that Google Chrome versions previous to 101.0.4951.41 were affected by a new security vulnerabilities in chrome browser. The malware mostly targets desktop computer users. Google has recognised the problem and published a list of 30 vulnerabilities in a blog post on Chrome. The CERT-In has classified about seven issues as ‘High’ dangers.

To avoid the risks of cyberattacks, CERT-In has urged all Chrome desktop users to update their browsers to version 101.0.4951.41, which is now available. If you’re using a Mac or Linux system, you can also update to this version of Chrome.

The flaws are present in both Windows and Mac operating systems and Linux. If you’re using any of these systems and haven’t updated your browser yet, you’re at risk of losing sensitive data if attacked by hackers.

How to Update Google Chrome Browser

Once the update is made available, the browser should immediately upgrade itself to the latest version—but if it doesn’t, follow these instructions:
1) Launch Chrome on your computer and click on the three horizontal dots symbol in the upper right corner (or press Ctrl + Shift + J).
2) Click on Settings from this drop-down menu and select Help & Feedback from the list that appears next (or press F1).
3) Click on About Google Chrome from this new drop-down menu and click Update Now on this new page that appears next (or press Shift + Alt + U).