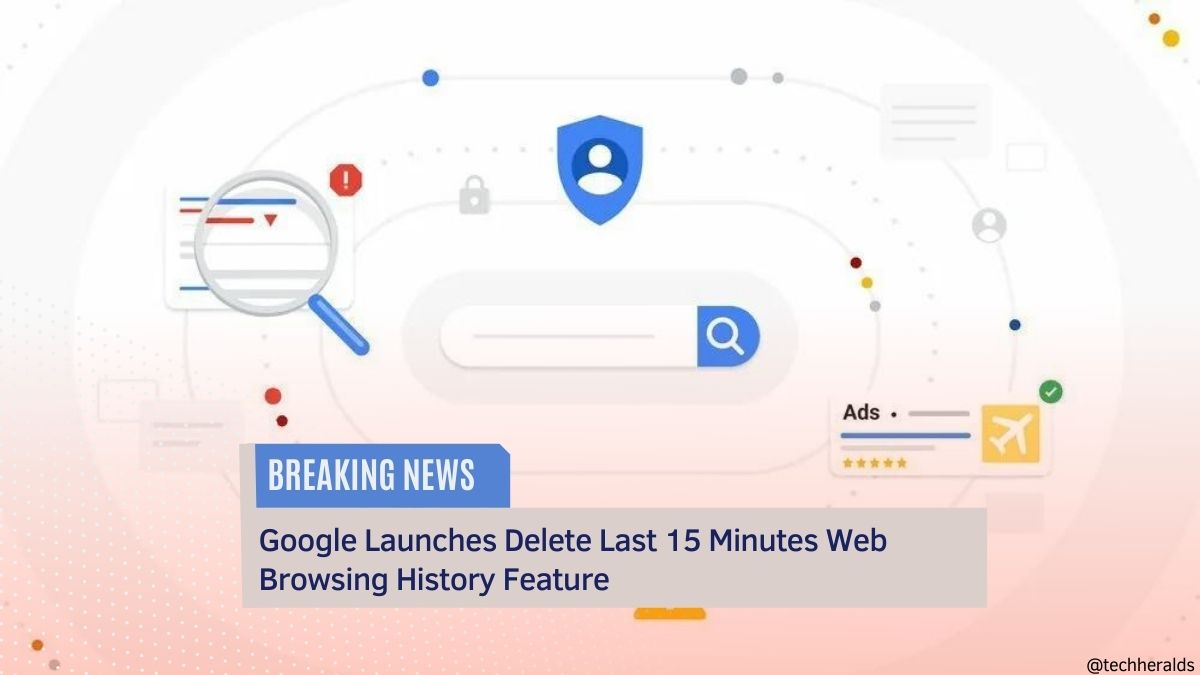 It will be recalled what has happened in the past, but your phone’s web browsing history shall never be saved. There are several meme photos depicting this concept that is constantly spreading on social media in many cases. On the one hand, internet users are worried about their surfing history, which is understandable. They, without a doubt, do not want anybody to be able to see their online surfing history to prevent being placed in an unpleasant position. To avoid this, internet users depend on the delete history option provided by their web browsers.

With the introduction of a new feature to its Android app last year, Google began rolling out the ability for users to easily remove the previous 15 minutes of their WEB browsing history. At Google’s annual developers’ conference, I/O 2021, the internet giant announced that it would roll out a quick web browsing deletion feature for its proprietary Google Chrome browser for Android devices and desktop.

If you’re a Google user, you’ll be happy to know that the company makes it easier to delete your web browsing history. The functionality has been available since July in Google’s iOS-based app. At the time, the firm said that it would extend the same functionality to its Android app and its website later in the year. However, the feature for android devices and desktops remained shelved until now.

Former XDA Developers editor-in-chief Mishaal Rahmaan first noticed the functionality after receiving a tip about its upcoming release on the Android operating system. It was later revealed that Google was rolling out its “fast erase” feature on the Google app for Android. The company confirmed that it was intended to be accessible to everyone who used the app in the coming weeks.

Delete your Google web browsing history on an Android device

Google collects a lot of information about you based on your web and app usage. This Data is used to give you personalized ads, among other things. If you want to delete this web browsing history, here’s what you need to do: