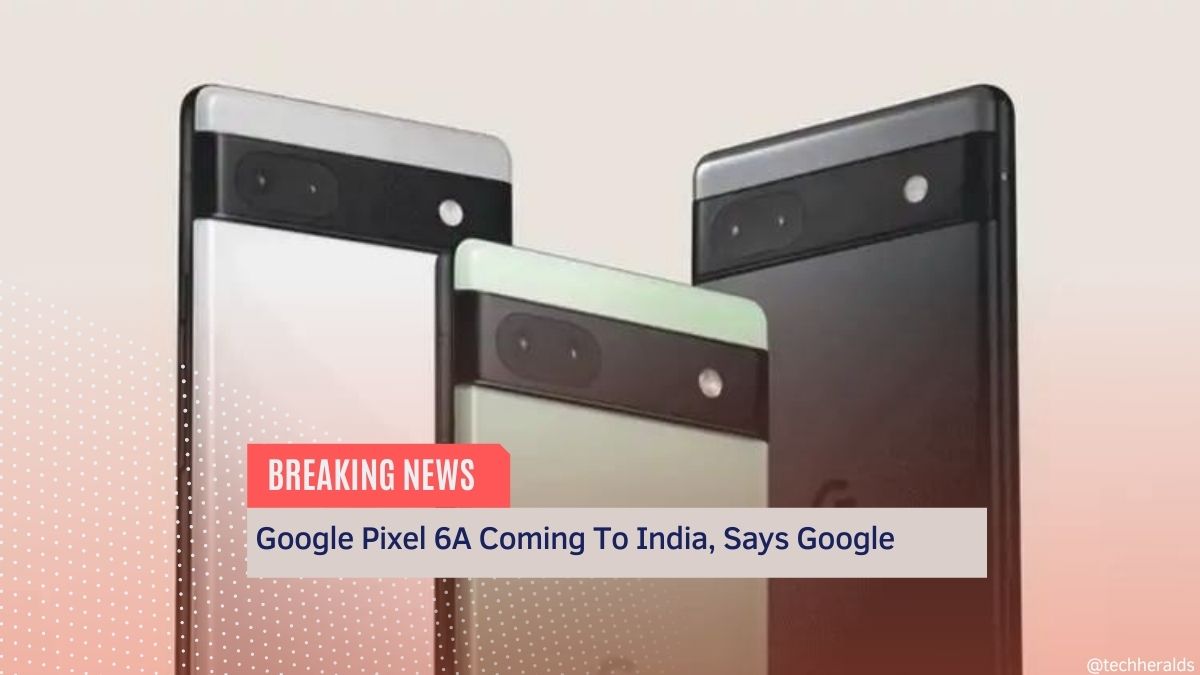 Google is finally making its way back into the Indian smartphone market by introducing the recently announced Google Pixel 6a. Google is adding a new variant to the Pixel family after a long gap of two years.

Over the past few months, tech tipsters were indicating the entry of Google Pixel 6a into the Indian market. As it turns out, those suspicions were correct, and Google has already announced the device.

Google did not mention the worldwide availability of the Pixel 6a in its formal announcement; however, the firm did tweet out late yesterday night that the phone would be arriving in India later on in this year.

The tweet was posted from the official Twitter handle for India. It mentioned that the new device should be coming to India “later this year.” Although there is no official release date yet, Google will likely launch it sometime between October and December this year.

The Google Pixel 6a comes with a powerful processor and an in-display fingerprint sensor, among other features. It also has a 4,306mAh battery that will keep you going all day long. The phone is sleek and stylish.

Let’s have a look at the phone specifications.

The smartphone has a 6.1-inch display, slightly larger than previous models. It also comes equipped with a dual-camera system with a resolution of 12 megapixels and includes capabilities for editing photographs. The front-facing camera on this device is identical to the one found in the Google Pixel 6.

The same processor powers the Google 6A as its bigger sibling, the Pixel 6 Pro. This means that users can expect similar performance from both devices. The Pixel 6a will provide the whole hardware and software experience that users have come to expect from Google Tensor without sacrificing the Pixel 6’s already impressive battery life.

Google’s new phone has some of the same features available on its more expensive flagship series. Support for Night Sight and Magic Eraser, which now enables a unique color mixing approach, will be added to the Google Pixel 6A. Additionally, Night Sight will be supported.

Google’s new mid-range phone, the Pixel 6a, will be released later this year. It will be available in three different shades: Chalk, Charcoal, and Sage.

Google claims: “With a starting price of only USD 399, the Pixel 6a is our most reasonably priced Pixel device to date.” The company has not provided any details on the actual cost of the device; however, given that its predecessor had a starting price of USD 599, which later plummeted to USD 499 after its release, it is reasonable to presume that this new phone will have a price that is somewhere in the middle of those two numbers.

In addition, Google has not specified a precise launch date; all they have mentioned is that it will occur at some point in the future “subsequently this year.

Beginning on July 21, pre-orders for the phone will be accepted in the United States; sales will start on July 28 and continue beyond that date.