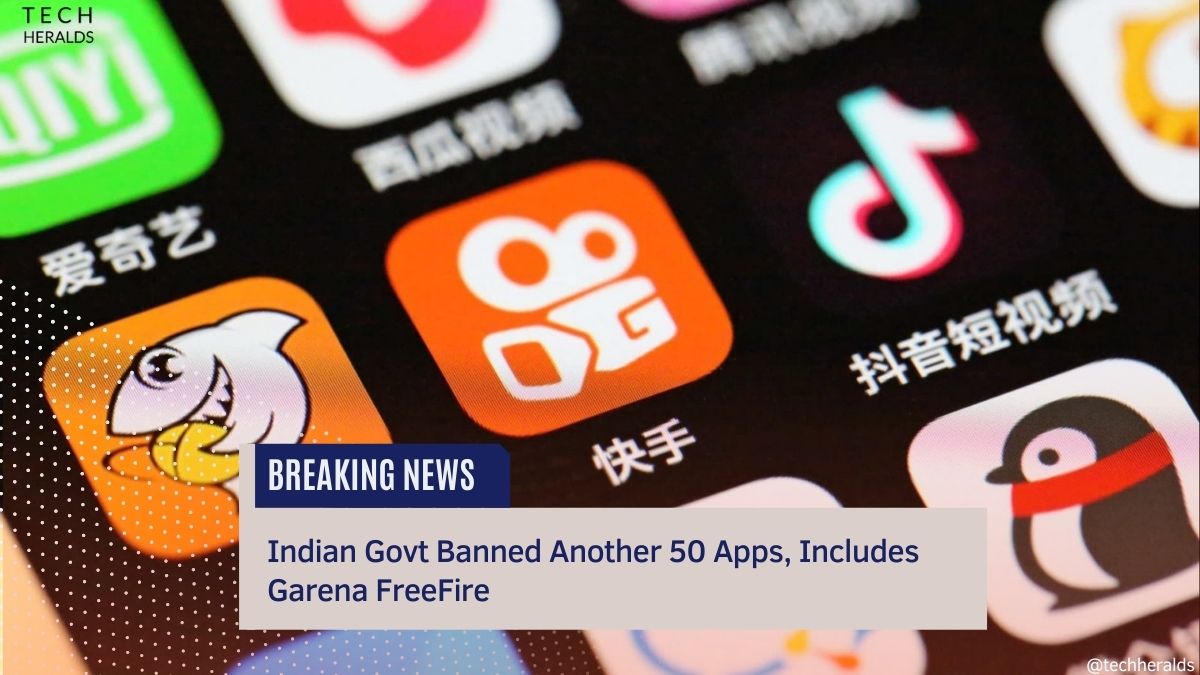 In a recent report by ET Now, it was stated that the Indian government had banned more 50 Chinese apps apps in the country. This ban comes in the wake of a ban imposed on 270 apps earlier this year. The source reported no official list of banned apps yet, though a popular smartphone game called Garena Free Fire seems to have disappeared from various app stores recently.

While there is no official confirmation as to why the game vanished from Google Play Store and Apple App Store, some reports suggest that Garena Free Fire may have been added to India’s latest list of banned 50 Chinese apps. It is to be noted that Garena Free Fire, a popular mobile game and one of the most popular games of all time, had disappeared from both Google Play Store and Apple App Store sometime in February.

Garena International developed the game, and Tencent Games were publishing it. Note that we are waiting for an official confirmation from Garena International or Tencent Games on whether they were affected by this ban or not. Garena Free Fire is currently one of the top 10 most-downloaded games on the Google Play Store, with over 1 billion installs. According to Sensor Tower’s data, which tracks app downloads, the game had also ranked #1 on iOS App Store earlier this month.

Apple and Google have not given any reason for removing Free Fire yet. However, Free Fire players are facing a similar problem that they did in September when they could not log into their accounts due to maintenance issues. There is no official word from Garena if this is indeed a maintenance issue or other factors at play here.

A government report has confirmed that more 50 Chinese apps have been banned in India, which is the first lot of apps to be banned since the total number of banned apps reached 270 in May 2020. The Indian government has been vocal about its suspicions about Chinese intelligence agencies and their alleged attempts to hack into India’s critical infrastructure and security agencies. According to a new report by ET Now, most of these new apps are clones of the apps that the government previously banned.

Which Apps Are Included In The Latest Banned 50 Chinese apps

Some popular companies like ByteDance, Xiaomi-owned Zili, Alipay Cashier, CamCard, and others have been affected due to this ban. The government has set up a panel for screening these apps and taking further actions against them. It was also reported that the list of banned 50 Chinese apps was released on 1st May 2021 by the Ministry of Electronics and Information Technology (MeitY).

Since last year, many popular apps have been banned in India, and TikTok and PUBG Mobile are among them. While PUBG Mobile made a comeback after Krafton cut ties with its Chinese partners, TikTok continues to be banned in the country that was included in the first list of 50 Chinese apps banned in 2020.

The Infinix Zero 5G To Launch In India On February 14, See Specifications And More Details