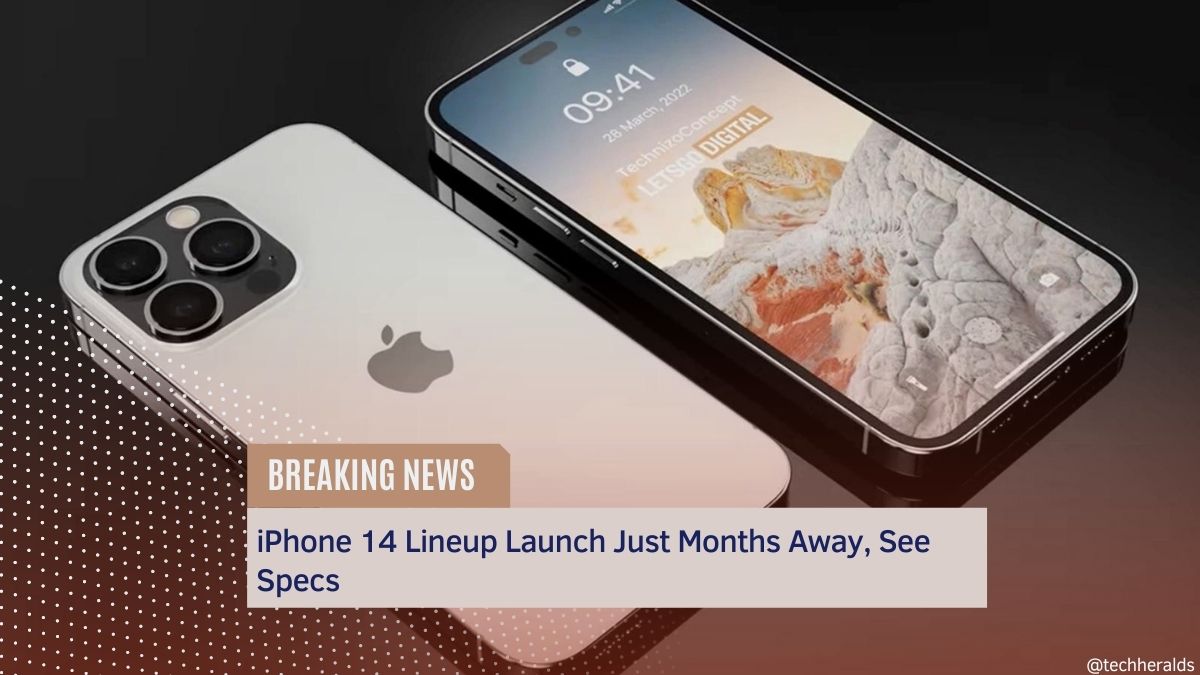 Apple has a lot of new stuff in store for its upcoming iPhone 14 lineup, including four distinct models: the iPhone 14, iPhone 14 Max, iPhone 14 Pro, and iPhone 14 Pro Max. And if the rumors are to be believed, it looks like these devices will also have different specifications.
According to a new leak of information on the iPhone 14 Pro, Apple’s top-of-the-line model will include many features that will make it stand out from other iPhones. Here’s what we know so far:

No Space For ‘Mini’ In The iPhone 14 Lineup

According to rumors, Apple may be discontinuing the iPhone SE and iPhone XR production. This is because most people prefer a display at least 6 inches in size, which neither of these phones has. Keeping both models does not make sense at all. There’s no room left for any other devices that may have been considered “small” or “mini” in previous years.

We know this because Apple has been following a predictable upgrade path for years. Previous generations of iPhones have had similar designs and similar specs. All indications are that this one will, too—it’s just a question of what exact combination of technologies will make up each feature set.

Apple is reportedly planning to make the iPhone 14 series a big change from previous versions. The corporation, worth a trillion dollars, will deliver a refresh rate of 120Hz as standard across all versions. On top of that, they anticipate that the corporation will move away from the notch display and adopt the punch hole design for its iPhones.

The iPhone 14 Pro will have a 6.06-inch display with an OLED LTPO display, which has a refresh rate of 120 Hz and a resolution of 2532 x 1170. In addition to 6 gigabytes of LPDDR5 RAM, it will feature 128 gigabytes of storage that can be upgraded up to one terabyte.
Apple’s new A16 System-on-Chip is set to make its debut in the iPhone 14 Pro and the iPhone 14 Pro Max, the only phones to sport the new chip at launch. Their memory will also be incredibly fast.

As we approach the launch date of the new iPhones, it is clear that Apple has not made any significant changes to the technical specifications of its cameras. It began employing the dual rear cameras with the iPhone 11, and it has maintained using the same lenses in both the iPhone 12 and the iPhone 13 since then.

Apple’s loyal fans hope that this year’s iPhone series will introduce some new features after all this time. There is widespread speculation in the technology sector that this year’s iPhone 14 lineup may ship with a primary lens capable of 48 megapixels and two rear sensors to support it. One might be an extremely wide-angle lens, while the other could be a telephoto sensor.

The battery life of the iPhone 14 series is still behind the curtains. As we all know, Apple has never disclosed any information on the batteries that power its mobile devices. This year is no different—we’ll have to wait and see what happens.

For an iPhone to have an advantage over its rivals, it has to be able to charge at a rapid rate. There have been rumors that Apple will add a Type-C connector to future iPhones, but it’s possible that this won’t happen until 2023 at the earliest.