Motorola Plans The Moto Edge 30 5G Launch On May 12 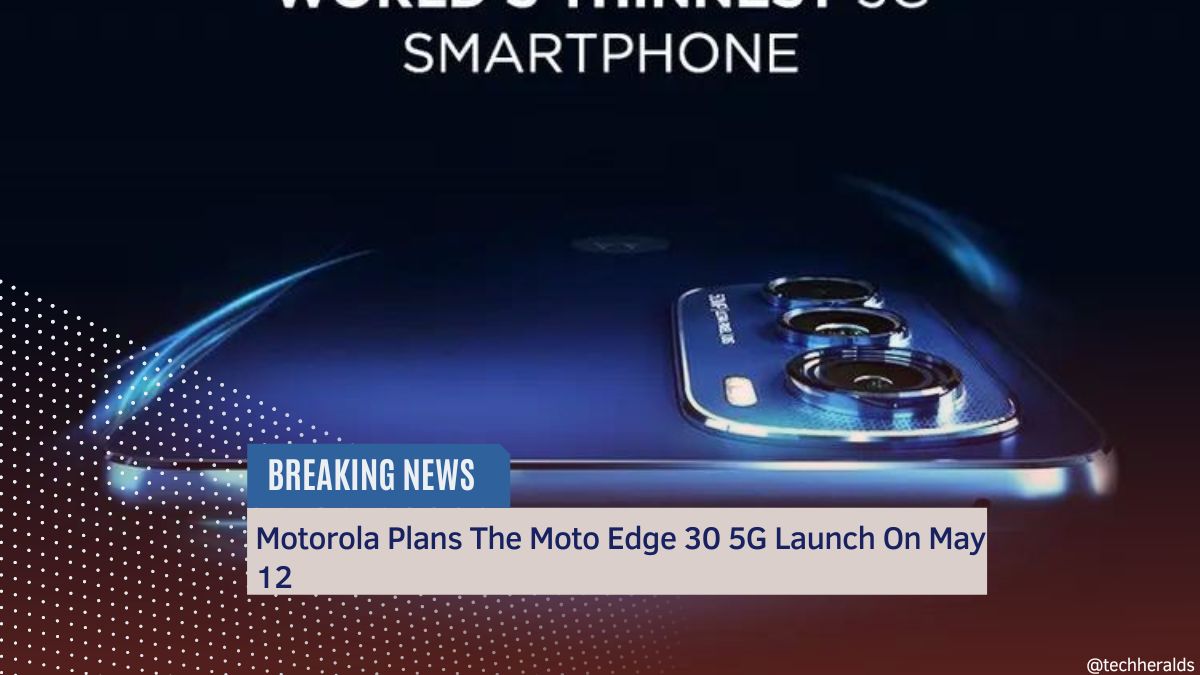 Lenovo-owned tech firm Motorola took to Twitter to announce the launch of Moto Edge 30 5G in India. According to the tweet posted on the official Twitter handle, Motorola said that it would be launching the Edge 30 on May 12.

For the uninitiated, the upcoming smartphone is the downgraded variant of the Moto Edge 30 Pro that the Chinese tech firm launched in India and worldwide the last month.

According to an official tweet from Motorola, the Moto Edge 30 is being marketed as the world’s slimmest smartphone equipped with 5G networking. Moreover, Motorola also confirms through the same tweet that the Edge 30 will be available on Flipkart and Reliance Digital for purchase starting from May 12. Apart from these two major outlets, the phone might be available in the other retail outlets.

Flipkart has also created a microsite for the Moto Edge 30 which reveals some of the specs of the device. A dedicated page for Edge 30 on Flipkart confirms that it should feature a POLED display. Motorola has already launched the phone in the other parts of the world, while it has scheduled May 12 for introducing Moto Edge 30 in India.

As the launching date of the Moto Edge 30 5G is nearing quickly, let us have a detailed look at the specs and features of the smartphone.

When it comes to the phone’s specifications and features, prior rumors and leaks have exposed a great deal of information to the general public. The Moto Edge 30 5G will boast an FHD+ POLED 6.5-inch screen. It will come with up to a 120Hz screen refresh rate, HDR10+ format 10-bit panel, and DCI-P3 color gamut. The Pro variant of the Moto Edge 30 comes with a little bigger screen – 6.7-inch. However, the 6.5-inch screen of Edge 30 is more than sufficient in most use cases. Although the screen sizes are different, both models have a 120Hz refresh rate.

Most importantly, the front camera comes with a 32MP resolution. Some of the photography tools available on the phone are slow motion, face beauty, and dual capture.

This year’s Moto Edge 30 will be powered by the Qualcomm Snapdragon 778G+ processor, which is a spruced-up form of the Snapdragon 778 chip designed for midrange 5G handsets. The SoC is mated with 8GB RAM and up to 256GB of internal storage. Unfortunately, the phone does not come with an option to increase the storage capacity.

The Edge 30 derives its juice from a 4,020mAh battery, which supports 33W fast charging. The phone boots on an almost stock version of Android 12 on top of the MY UX 3.0 skin, which is a Moto-exclusive operating system theme.

In addition to Wi-Fi 6E, Bluetooth 5.2, NFC, and IP52 certification (which means that it can withstand dust and water), this device also has a USB-C connector as a connectivity option. Unfortunately, the Edge 30 lacks an audio jack for plugged-in music.

Motorola has not shared any information about the pricing of their device here in India yet, but given what we know about its price in other countries, this makes for a decent guess as to what we can expect from the Moto Edge 30 here in India.

It’s worth noting that this price tag may vary from retailer to retailer and carrier to carrier depending on where you buy it from.