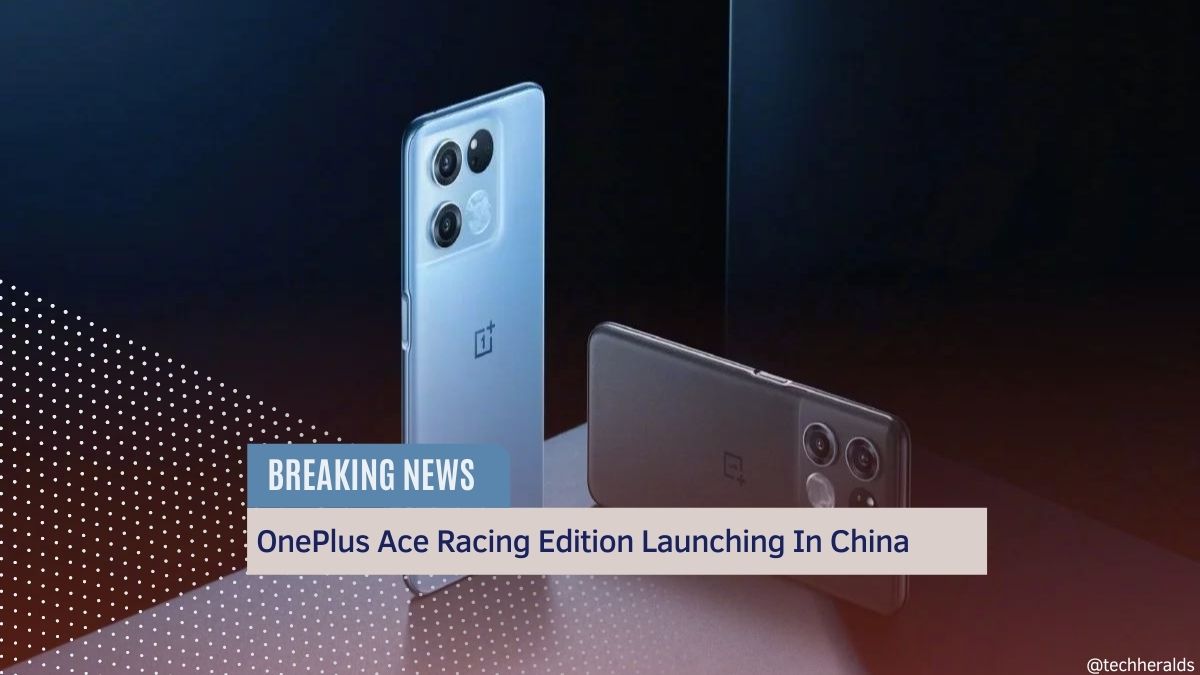 The OnePlus Ace Racing Edition is expected to be released in India in the coming days. According to the most recent leak, the device has been seen on the official website for OnePlus in India. There is no confirmation on the debut of the product in India at this time; however, there is confirmation that the product will launch on May 19 in China market.

The latest smartphone from OnePlus is dubbed “OnePlus Ace,” according to multiple reports from sources familiar with the matter. The rumoured specifications for the smartphone include a MediaTek Diminsity 8100-Max CPU, a 120Hz refresh rate, and more features. The first version of the OnePlus Ace was marketed and sold in India under the name OnePlus 10R. Therefore, this newcomer can be available in other countries with a different alias.

The OnePlus Ace Racing Edition will debut on May 19 at 7 pm CST Asia, or 4:30 pm IST. It will be interesting to see what modifications the tech firm will bring with it to a special edition smartphone.

Let’s take a more in-depth look at how OnePlus plans to launch its next generation smartphone.

Also Read: Oppo Reno 8 Lineup Launching On May 23 In China

In terms of the display, OnePlus has installed on its new phone a 6.59-inch Full HD plus In-Plane Switching LCD screen with a refresh rate of 120Hz, a touch-sampling rate of 240Hz, 600 nits of light output when viewed in direct sunlight, and 100 per cent coverage of DCI-P3.

The device comes with a 16-megapixel camera in the left side corner for taking selfies. There is also the primary camera with 64 megapixels, an ultrawide clicker with 8 megapixels, and a macro module with 2 megapixels located on the back of the device. The rear camera supports shooting at up to 4K resolution at 30 frames per second.

This is accompanied by Android 12. The battery in the phone has a capacity of 5000 mAh, and it can be charged with a 67-watt. The OnePlus Ace Racing Edition features an in-display fingerprint reader. It also comes with an X-axis linear vibration motor, enabling it to offer better haptic feedback when using the phone.

The phone comes with Bluetooth, WiFi, a 3.5mm audio jack, and a USB type-c port for the connectivity options. The gadget has 164.3 millimetres by 75.8 millimetres by 8.7 millimetres and weighs 205 grammes.

OnePlus has been a significant player with its premium handsets that offer incredible value for money. The company has disrupted markets such as China and India by providing premium devices with specifications comparable to those of Samsung or Apple devices at prices much lower than theirs.