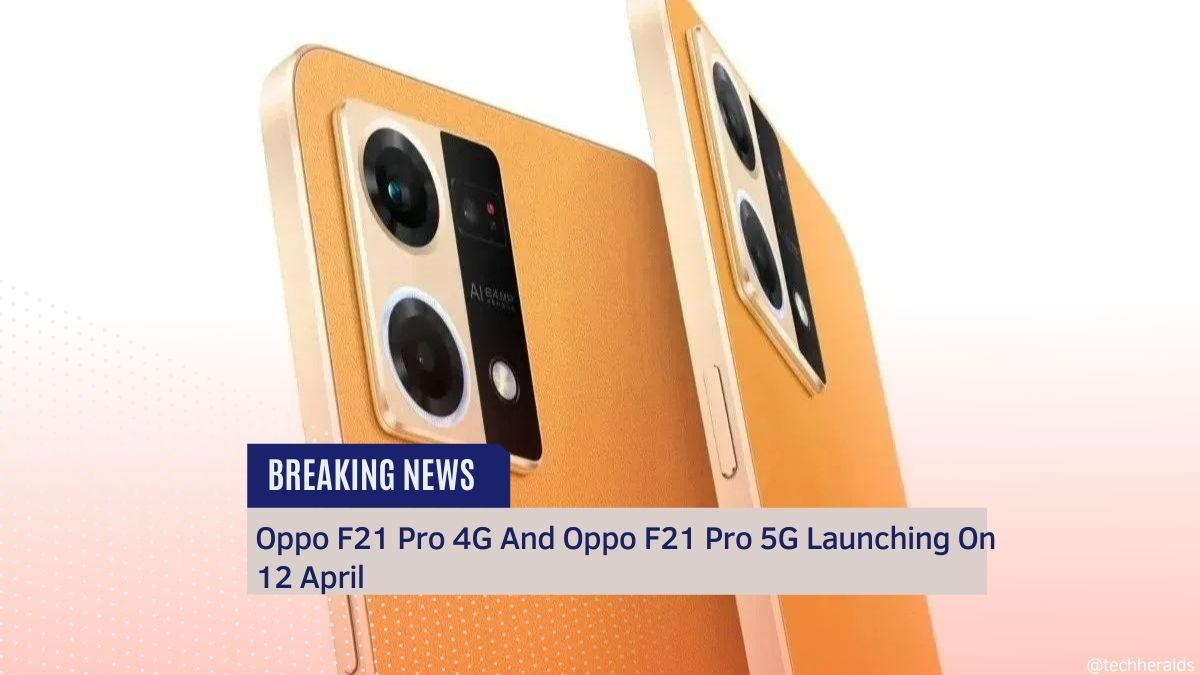 Oppo, a Chinese smartphone manufacturer, will reveal two new smartphones, Oppo F21 Pro 4G and Oppo F21 Pro 5G during an online event hosted in India on Wednesday. Even though Oppo has not yet released the precise specifications of the two smartphones, the firm has stated that the F21 Pro Series will begin at 22,999.

Oppo has arranged an event for tomorrow, April 12, at noon IST. The debut ceremony will be broadcast live on the company’s different social media accounts and the company’s official website and YouTube channel.

The Oppo F21 Pro 4G, on the other hand, is equipped with a Qualcomm Snapdragon 680 processor, which can be combined with up to 8 GB of RAM and 128 GB of internal storage space.

In the back, there will be a triple camera setup consisting of a 64MP primary camera, a 2MP ultrawide angle camera, and a 2MP macro lens for taking closer photographs. In addition, it contains a punch-hole selfie camera system with a 16MP sensor, which is included.

The Oppo F21 Pro 4G features a gradient design and is available in two colour options: Cosmic Black and Rainbow Spectrum. The smartphone has the following dimensions: 159.85 x 73.17 x 7.49mm and weighs 173g.

It is equipped with a 4500mAh battery capable of rapid charging at a rate of 33W right out of the box. Furthermore, it will ship with ColorOS 12.1 operating system, which is based on the Android 12 operating system.

In terms of availability, both smartphones are likely to be available for purchase in India shortly after their official introduction. On the issue of pricing, we have some startling information regarding both of these new versions to share with you. While it was initially rumoured that the Oppo F21 Pro 4G would be priced at Rs. 22,999, the company has now revealed that the phone would be priced at Rs. 14,999, which is much cheaper than the first estimate. Even though the initial price will be Rs. 19,999, there will be several discount chances that will allow you to bring the price down even more.

However, considering all of the additional features that the Oppo F21 Pro 5G is slated to provide and its projected price, we believe it is fair to conclude that this phone is well worth the money.