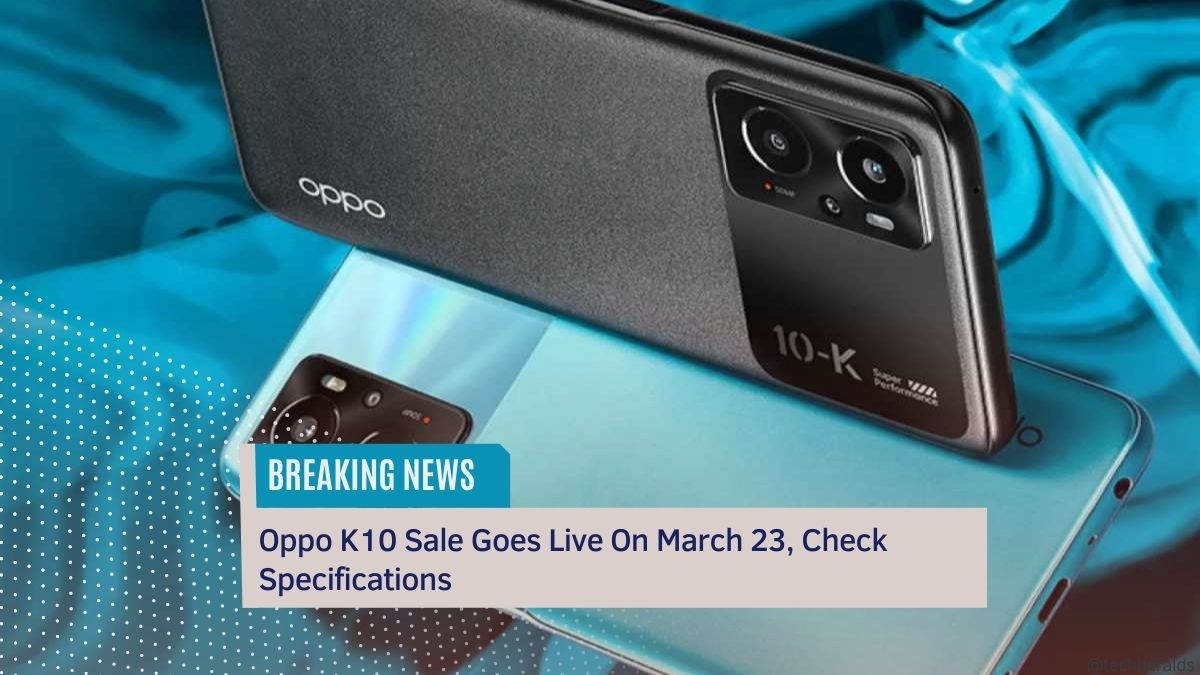 The Oppo K10’s specifications and features have already been released to the public. When the Chinese tech giant initially teased the Oppo K10 via a video posted on its official Twitter account in India, it was dubbed “Oppo K10 Teaser.” It was suggested in the tweet that the product will be available only via the Flipkart website, and the tweet also included a link to a dedicated webpage for the Oppo K10.

Oppo has officially stated that the Oppo K10 smartphone will be unveiled in India on March 23, as previously reported. The gadget will be priced in the mid-budget range, according to expectations.

The Oppo K10 has been verified through an official teaser page on Flipkart. The key features and specifications of the upcoming device include support for dynamic RAM expansion technology, fast charging, and a premium two-toned scratch-resistant finish with the company’s proprietary Glow design.

According to Flipkart, a set of photos of the Oppo K10 was revealed before its debut on March 23. Additionally, the Flipkart homepage, which has a blurred-out Qualcomm Snapdragon logo, suggests that a Qualcomm Snapdragon processor will power the phone. According to the business, the Oppo K10’s back triple-camera arrangement would also have the primary sensor with a resolution of 50 megapixels.

Aside from a fingerprint sensor positioned on the side of the device and a USB Type-C port, the photos suggest that the device will include a speaker grille at the bottom and a microphone at the top. Flipkart is now running a sharing campaign for the product to unlock some of the device’s most important features and specifications.

Additionally, the manufacturer has set a date for disclosing specs, stating that the specifications for the selfie camera and the primary camera will be published on March 18, according to the company. Following the company’s announcement, the battery and charging specs will be made public for the first time on March 21.

The Chinese tech firm plans to release the Oppo K10 in two color options: light blue and black. The black model will be distinguished by adding a textured surface and glow effect around the rear camera bump, similar to those found on the OnePlus 9RT.

According to a press statement from the firm, the K series “aims to fulfill the everyday demands of its on-the-go consumers by delivering them value-for-money technological solutions packaged in feature-rich, power-packed devices.”

Other new products from the company include the Oppo Enco Air2 true wireless stereo (TWS) headphones, which will be offered in limited numbers, and the Oppo K10.

According to the company, participants in Oppo’s competition may win the company’s new K10 and Enco W32 Bluetooth earbuds and other prizes. For Rs 199, you may get a new mystery gift box, which contains a variety of surprises. The package might include presents valued between Rs 399 and Rs 17,000 and reward vouchers worth Rs 499 that are 100 percent redeemable.