Realme Narzo 50 Launching In India Soon! Have A Look At The Phone Specifications Before Buying 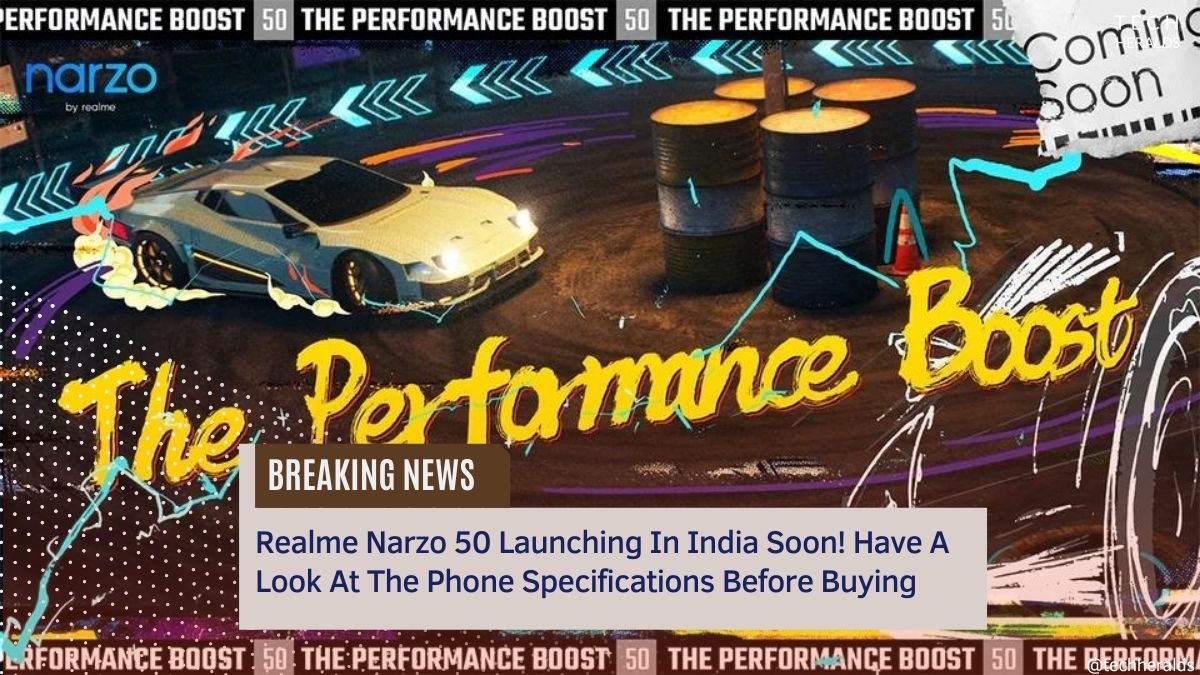 Realme, the young tech brand from China that’s been making a buzz in India with its smartphones and accessories, is finally ready to launch another device for Indian users. Yes, you heard it right. Realme is about to launch the Realme Narzo 50 in the coming weeks. The company has revealed via Twitter that it will be launching a new smartphone in the mid-budget segment shortly. Realme has confirmed that this upcoming phone will be called Narzo 50.

When Is The Realme Narzo 50 Launching In India

The company revealed some details about it on Twitter. As per Realme’s tweet, Narzo 50 will be exclusively available on Amazon India starting from 24 February 2022. It’s worth noting here that Realme is promoting the Narzo lineup as a gaming device, which indicates that the phone could be a gaming smartphone. Moreover, the tweet also reveals that the device would come with boosted performance and enhanced user experience.

According to a statement issued by Realme, “The Realme Narzo 50 will offer the thrill of powerful performance, equipped with MediaTek Helio G96 gaming processor, brilliant display, fast charging capabilities and long-lasting battery life.”

As of now, Realme hasn’t provided much info about the phone. However, let’s look at the Narzo 50 specifications we know so far.

The Realme Narzo 50 will likely feature a 6.5 inch AMOLED display with an FHD+ resolution and 90Hz refresh rate. The front will likely house a 16-megapixel punch-hole selfie camera. Meanwhile, the rear is believed to feature a triple camera setup on the rear, with a 50-megapixel primary sensor. This shooter is paired with two 2 megapixel sensors for depth and macro. Under the hood, the smartphone is likely to pack a MediaTek Helio G96 chipset alongside up to 6GB of RAM and 128GB of internal storage. Recent certification filings have also revealed that the device will be powered by a large 4,800mAh battery pack that supports 33W fast charging. The smartphone will likely boot Android 12 OS based Realme UI 3.0

The Realme Narzo 50 Price In India

Narzo 50 will launch in two storage options: 4GB of RAM and 64GB ROM or 128GB ROM and 6GB of RAM. It will be priced at Rs 15,999 for the base model and Rs 17,999 for the higher storage option. The Realme Narzo 50 will go live on Amazon India on 24 February 2022. Amazon has set up a micro-site for Narzo 50 on its e-commerce platform. You can visit the dedicated site for Narzo 50 on Amazon to subscribe to the sale notification.

The Realme Narzo 50 will join the league of Realme Narzo 50A and Narzo 50i, which launched in India a little while ago. Apart from that, the brand also launched Realme 9 series in India just a few days ago. Realme 9 Pro 5G will be available on sale starting from 23 February, while the Pro Plus variant will go on sale two days earlier – 21 February.

The budget smartphone market is more competitive than ever before, and it’s not going to get any easier for brands like Realme, who are trying to grab a share of this market segment.